When was the last bull & bear fight in California?

In 1700s and 1800s California, a popular form of entertainment was a fight to the death between a bull and a grizzly bear, either tied together or tied to a post. (This practice may have been Horace Greeley's inspiration for naming bull and bear markets.) The California Grizzly went extinct in the 1920s.

The last such fight in the town of Branciforte apparently took place in July, 1867. The San Mateo County Times-Gazette reported on one held in Castroville in September of the same year. Which fights, if any, came later? 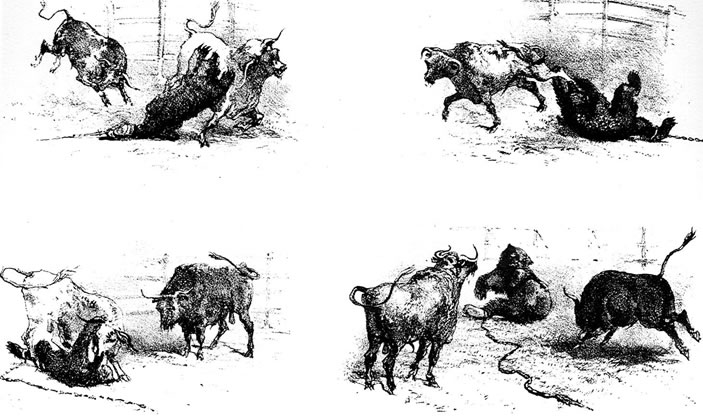 Browse other questions tagged california animals sports or ask your own question.