How to identify this coin with a bust on one side and the letters S and C on the other side?

I believe this coin is Roman but I'd like that confirmed. Can anyone give an approximate date and any other information possible (maybe difficult as it is quite worn). It measures between 2.5cm and 2.7cm in diameter. 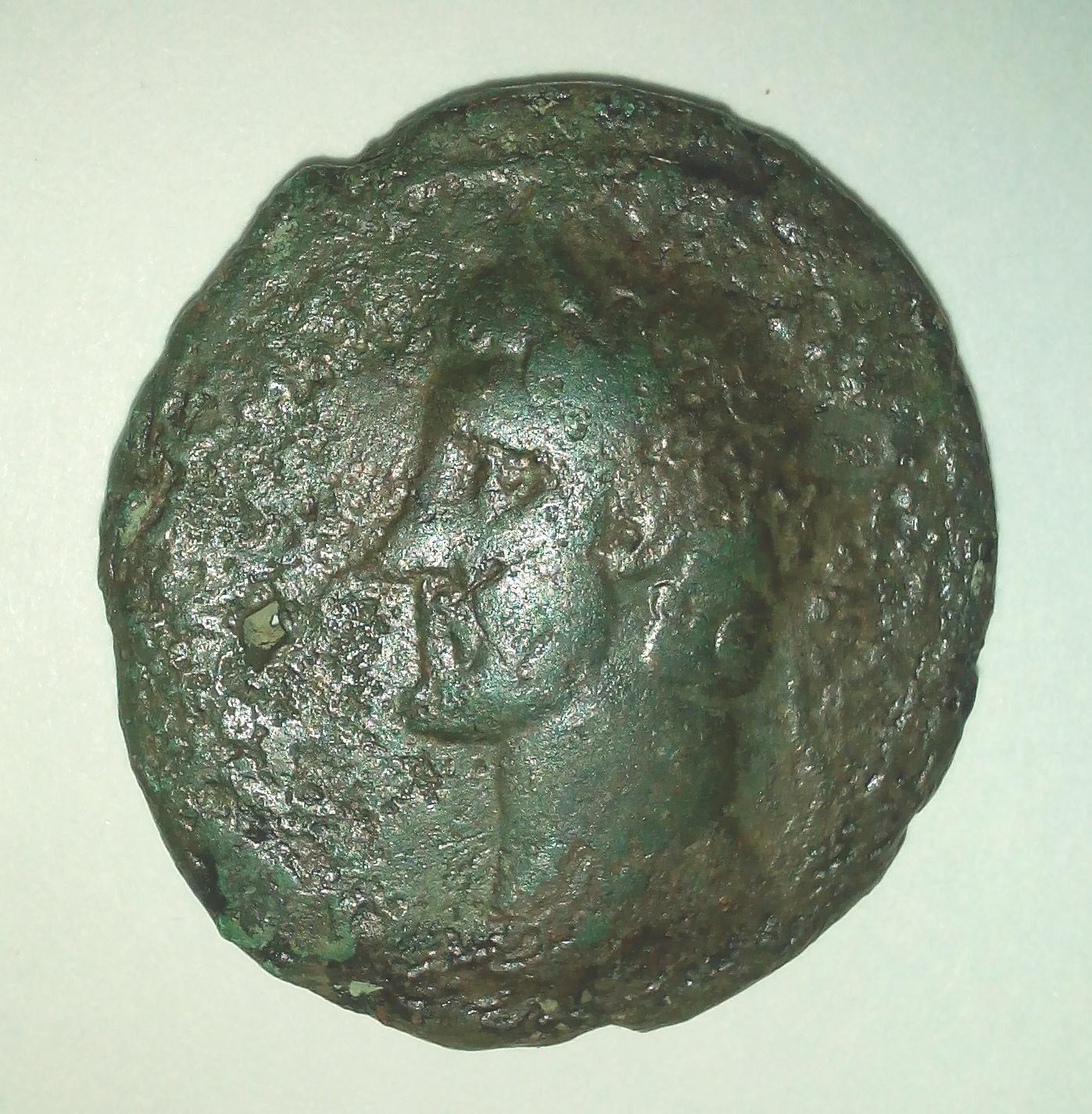 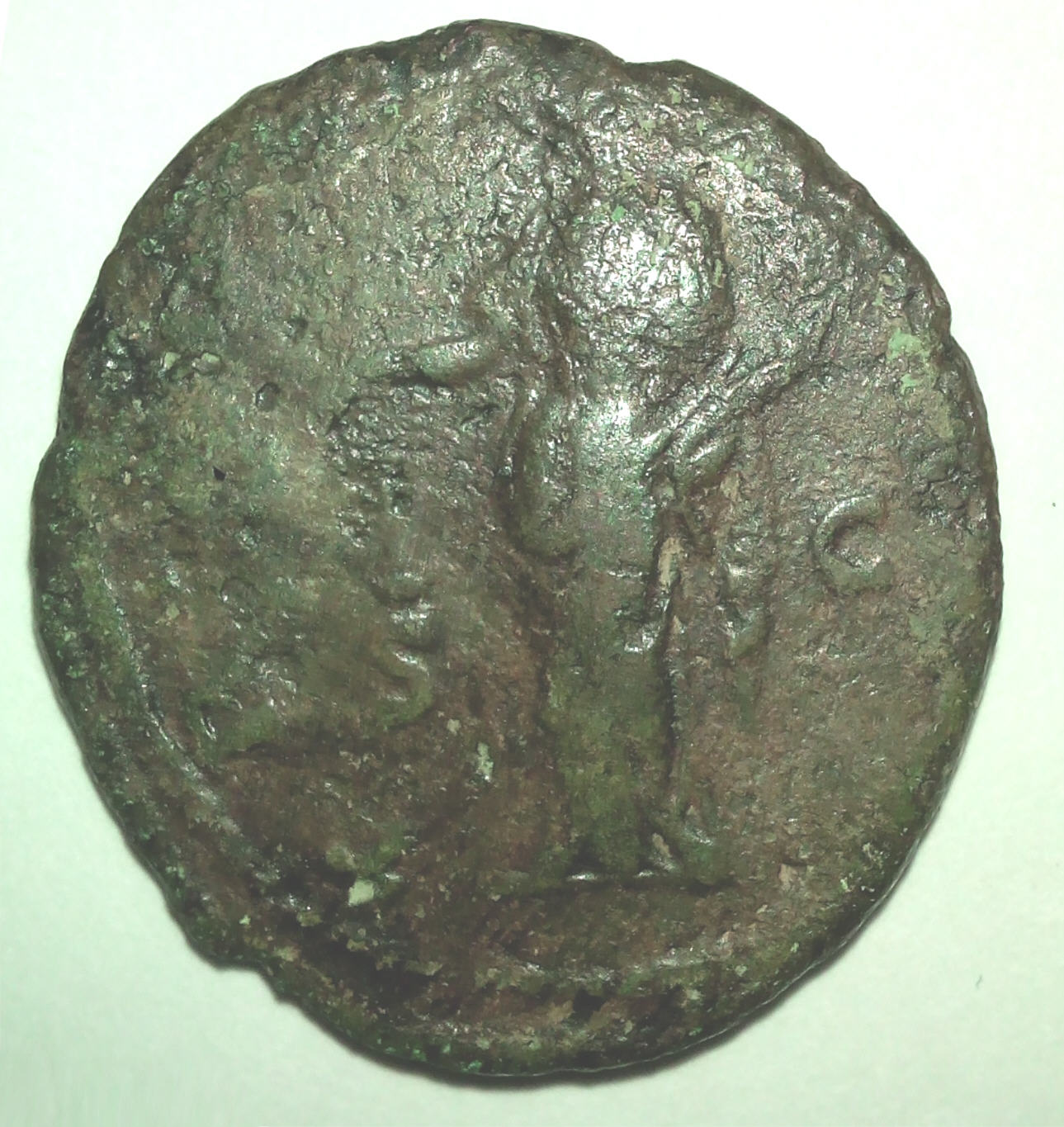 I'd also be interested to know (if possible) what it could have bought at the time (e.g. a loaf of bread?, a pair of shoes?).

Examining the coin in bright light under a magnifying glass, one can detect more than in the photos. Specifically, one can see 4 letters (circled below). 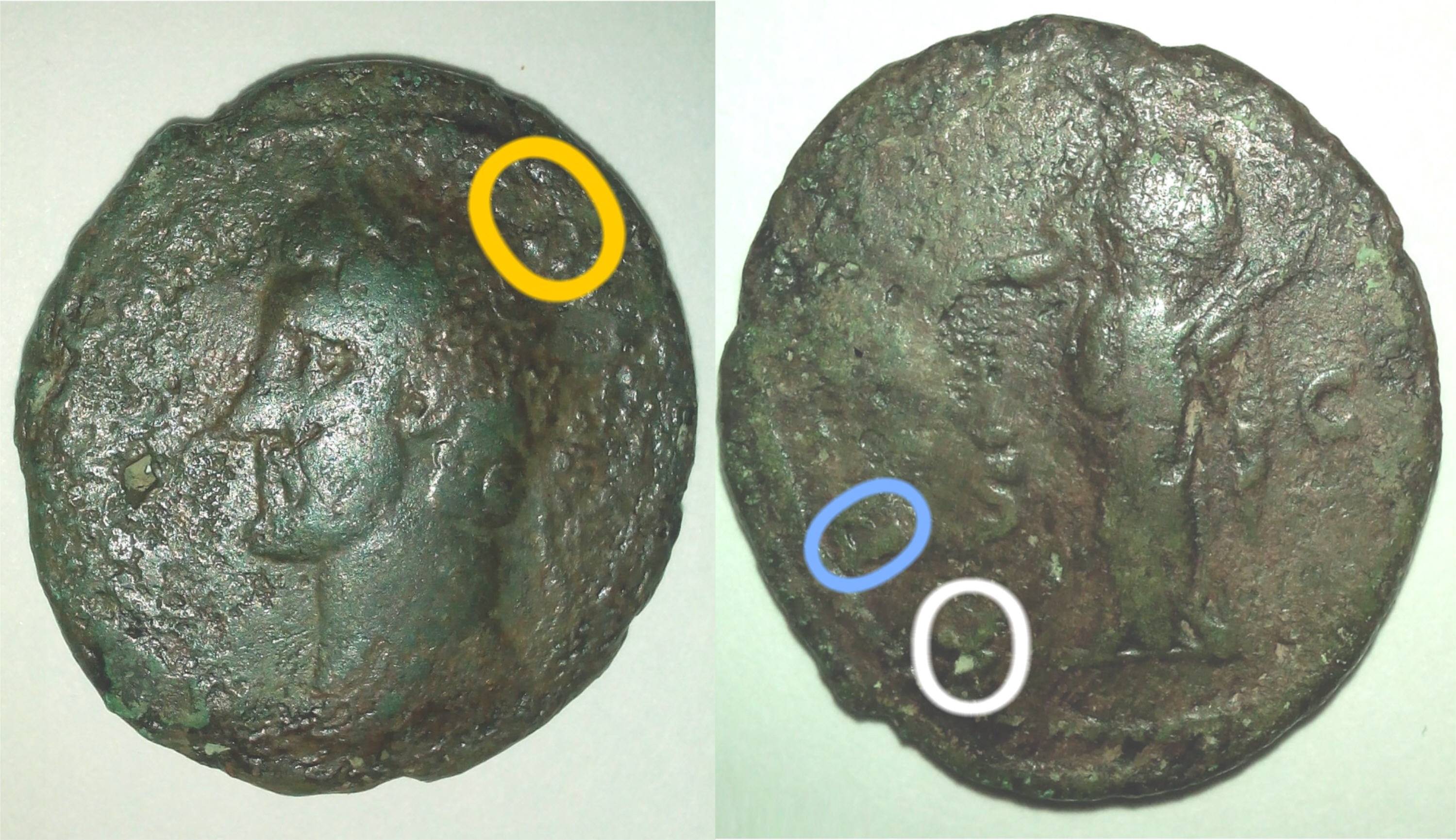 There are two letters inside the yellow circle AV, presumably the first two letters of 'AUGUSTUS', though I'm not sure this helps much.

If the second letter is R, I'm wondering if the two letters in the white and blue circles could be the first two letters of T R P (TRIBUNICIA POTESTATE)...

Although the coin is quite worn, you can clearly on the reverse the inscription S C, meaning senatus consulto. This confirms that it is a Roman coin and probably one from an early period.

Based on the size and colour, your coin could be a dupondius which was worth 2 as or 1/8 of a denarius. In the early imperial period, this buy you perhaps one to two loafs of baked bread depending on the local prices.

The busts on most Roman coins face the right, so this is somewhat uncommon, and further points to something pre-Severan. It's hard to positively identify without inscriptions, though the obverse - to me anyway - looks rather similar to the Divus Augustus on this coin issued under Titus: 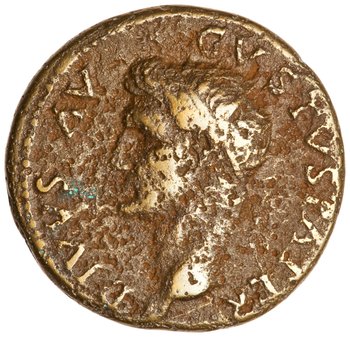 The figure on the reverse is too worn to be identifiable, but the position of "S C" fits several designs including Sicilia, Felicita, Aequitas, Victoria, Ceres, and Pax. 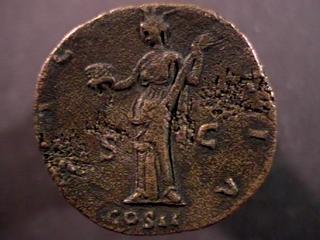 In general, the name of the figure depicted is inscribed on the left edge. The apparent lack of letters around the possible P for instance may suggest this might be Pax, though that doesn't explain the possible T character to its lower right.

Note that distance between letters does not prove they're from different words. It is quite common for letters to spaced far apart or unevenly, especially for shorter words. 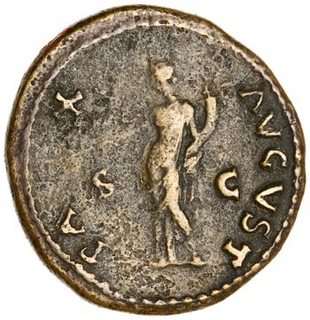 Example: Pax, draped and holding branch cornucopia. Notice how the X is extremely distant from PA.

After trawling through hundreds of coin images, I am reasonably sure that the emperor depicted in the coin in the question is Antoninus Pius (138 - 161 AD).

In the compilation below, the top left coin is the one in the question. The other coins are all confirmed as Antoninus Pius. 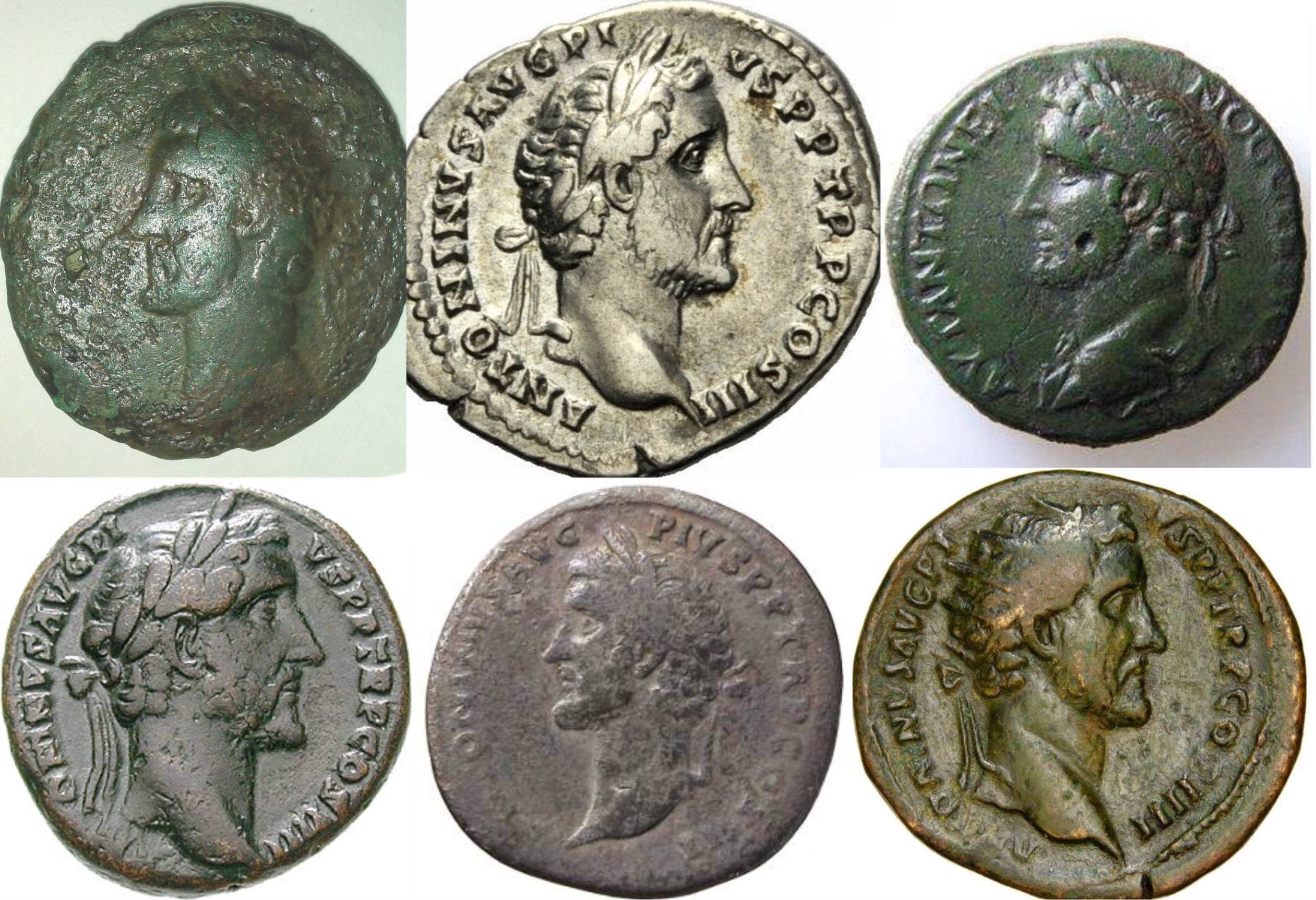 One thing that made identification difficult is that most Antoninus Pius coins show him with beard (perhaps to hide the rather prominent chin?).

Very difficult to identify, but pretty surely a "Claudius", many of them faced to the left, and the profile is very similar. Alas, hints don't help much...

What you think as "AUgustus" can be "AVG" (shortcut for AUGUSTUS of course). For blue/white circles that could be LIBERTAS. 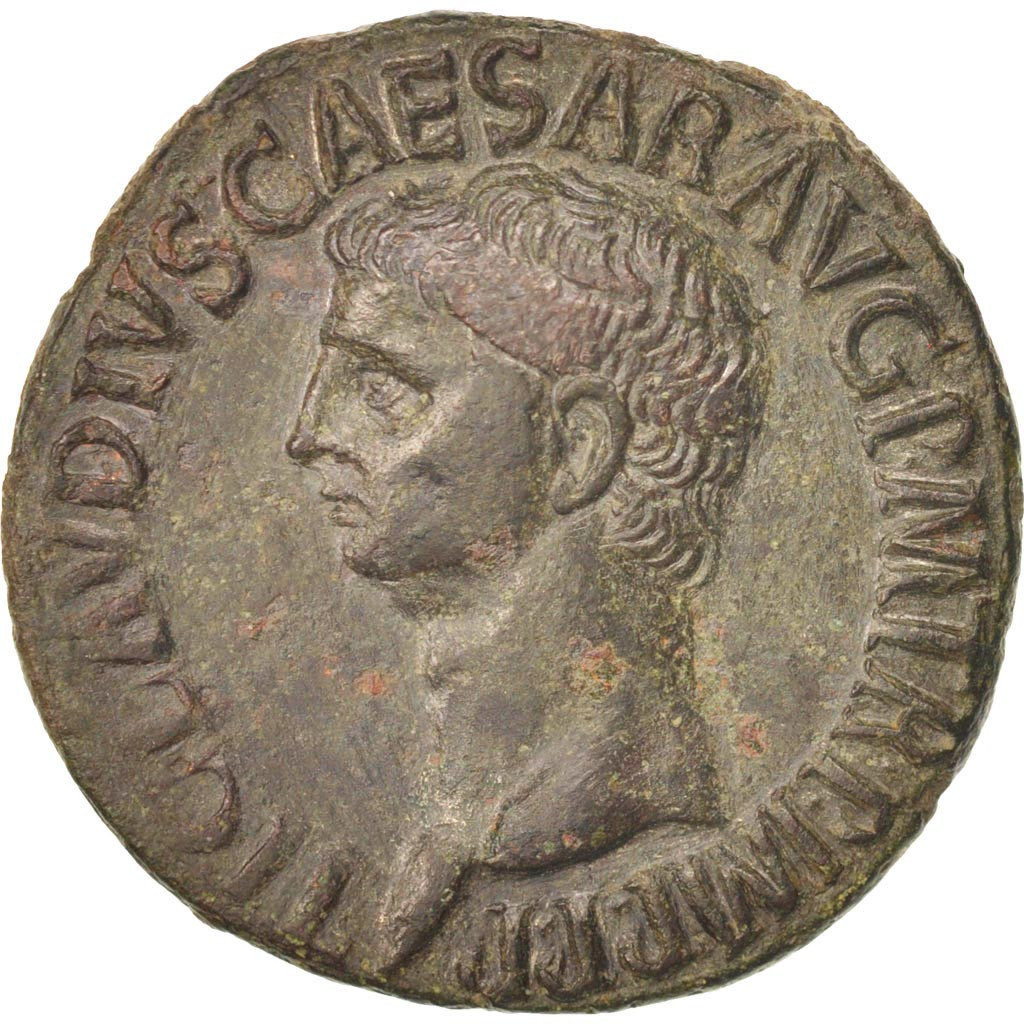 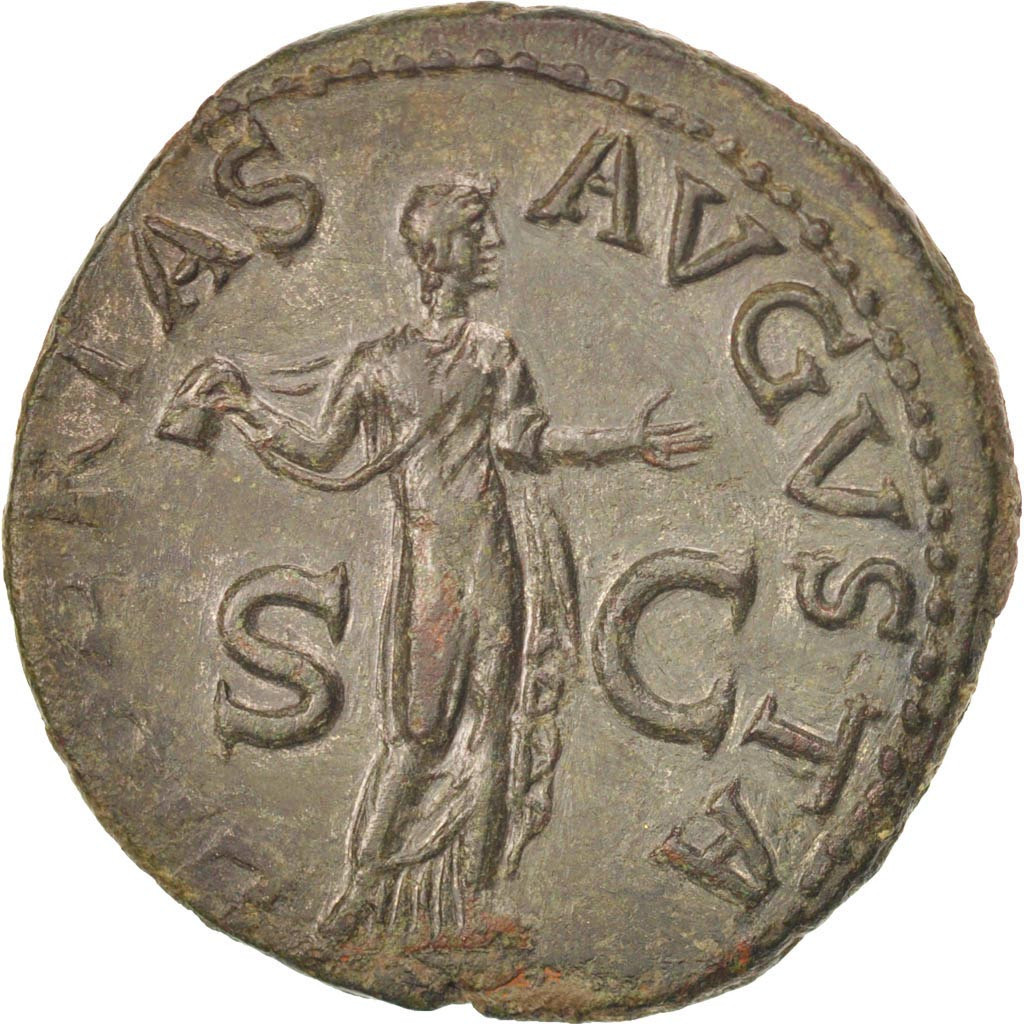 Not the answer you're looking for? Browse other questions tagged ancient-history ancient-rome numismatics or ask your own question.