How common among Abolitionists was the goal of complete civil equality for Blacks?

I was told by someone who knows political history that few abolitionists believed in complete equality for Blacks. Few would have believed in intermarriage and perhaps not all would have accepted that freed slaves should have the vote -- I would guess that many felt that immigration was the right solution.

I would say your friend is mostly wrong if he used the term Abolitionist.

I include Garrison up front because he was a famous abolitionist of his day, had written their declaration of beliefs in 1830, and his speech is awesome. 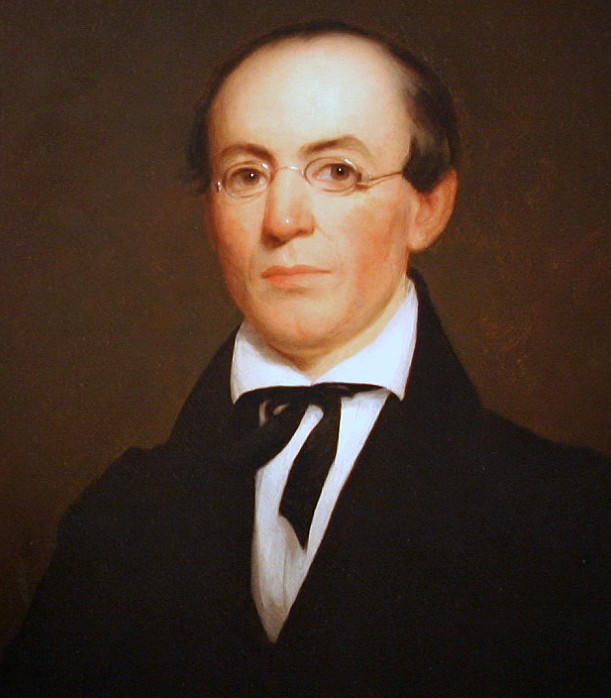 "William Lloyd Garrison No Compromise with Slavery(1854)".
I am a believer in that portion of the Declaration of American Independence in which it is set forth, as among self-evident truths, "that all men are created equal; that they are endowed by their Creator with certain inalienable rights; that among these are life, liberty, and the pursuit of happiness." Hence, I am an abolitionist. Hence, I cannot but regard oppression in every form – and most of all, that which turns a man into a thing – with indignation and abhorrence. Not to cherish these feelings would be recreancy to principle. They who desire me to be dumb on the subject of slavery, unless I will open my mouth in its defense, ask me to give the lie to my professions, to degrade my manhood, and to stain my soul. I will not be a liar, a poltroon, or a hypocrite, to accommodate any party, to gratify any sect, to escape any odium or peril, to save any interest, to preserve any institution, or to promote any object. Convince me that one man may rightfully make another man his slave, and I will no longer subscribe to the Declaration of Independence. Convince me that liberty is not the inalienable birthright of every human being, of whatever complexion or clime, and I will give that instrument to the consuming fire. I do not know how to espouse freedom and slavery together.

The historian James M. McPherson defines an abolitionist "as one who before the Civil War had agitated for the immediate, unconditional, and total abolition of slavery in the United States." He does not include antislavery activists such as Abraham Lincoln or the Republican Party, which called for the gradual ending of slavery.

The majority view in the North from the 1850's was to eliminate the growth of slavery into new territories. These people were not Abolitionists. Abraham Lincoln and his branch of the Republican party was willing to let slavery die a slow and malingering death of 1000 legislative cuts. They were not Abolitionists. The term Abolitionist in the decades prior to the Civil War refers to religious based fire brands of the anti slavery movement and they equated slavery with sin and called for the immediate end of slavery even by violent means from the 1830's to the 1870's.

The premier abolitionist organization in the decades leading up to the American Civil war was "The American Anti Slavery Society". By 1838, the society had 1,350 local charters with around 250,000 members. They had held a convention in 1833 and wrote a declaration of beliefs. It calls for the immediate abolition of slavery without terms, and was critical of the efforts of the American Colonization Society. American Colonization Society was resettling free blacks to Liberia.

decades later.
source.
After the Civil War one of the most famous Abolitionists William Lloyd Garrison who had written the organizations declaration of 1830, asserted that the passage of the thirteen Amendment abolishing slavery made continuation of the "American Anti Slavery Society" unnecessary. Wendell Phillips insisting that only the achievement of complete political equality for all black males could guarantee the freedom of the former slaves successfully prevented Garrison from dissolving the society. Only with the ratification of the fifteenth Amendment(February 3, 1870) extending male suffrage to African Americas was passed did the society declare it's mission complete.

While it is true that Abolitionism views changed over the years and it is also true that the theme which unites abolitionist movements over the years was not the call for total equality, but rather the call for the abolition of slavery. The demonstrated history of the abolitionist movement in the US was much broader more practical and more persistent than those which advocated deportations/repatriation. And those who called themselves Abolitionists in the decades before the Civil War, were not associated with the deportation/repatriation movement.

The first Abolitionist action in the United States were oddly performed by two slave holders. Thomas Jefferson who owned more than 100 slaves at the time in his original draft of the Declaration of Independence included a paragraph about Great Britain being the origins of slavery and adding it to the causes for the Declaration. This paragraph obviously was excluded in the final draft. Benjamin Franklin, another former slave holder was a prominent member of Pennsylvania Abolition Society April 14, 1775, recognized as the first abolitionist organization in the United States.

There had been some small scale operations by Quakers and Private citizens to resettle freed blacks overseas (1810's), but the most famous organization was the "American Colonization Society" in operation from the 1820's and formally dissolved in 1964. This group voluntarily resettled freed slaves back to Africa, primarily West Africa territory of Liberia. It was largely led by southerners although Abraham Lincoln supported resettlement programs which mirrored the ACS's efforts.

As for a main stream movement this resettlement option quickly lost followers. It just wasn't practical. Each year the nations slave population rose by roughly 50,000 but in 1830 the American Colonization Society succeeded in persuading only 259 free blacks to migrate.

Inspired by the Second Great Awakening.

The Second Great Awakening reflected Romanticism characterized by enthusiasm, emotion, and an appeal to the super-natural. It rejected the skeptical rationalism and deism of the Enlightenment.

An evangelical Protestant ( Baptist and Methodist) movement to attract followers to the faith in preparation for the second coming of Jesus. This movement advocated for getting America's house in order before the second coming and among the sins they were concerned with was Slavery. This movement is credited for enrolling millions of new members in the Protestant Churches and laying the ground work for the most famous and successful stage o f the Abolitionist movement.

"Antislavery men", such as John Quincy Adams, did not call slavery a sin. They called it an evil feature of society as a whole. The followers of William Lloyd Garrison, including Wendell Phillips and Frederick Douglass, demanded the "immediate abolition of slavery", hence the name on the grounds of sin.

Historian James Stewart (1976) explains the abolitionists' deep beliefs: "All people were equal in God's sight; the souls of black folks were as valuable as those of whites; for one of God's children to enslave another was a violation of the Higher Law, even if it was sanctioned by the Constitution."

And now I refer you to the short answer above.

2
Voting enfranchisement in the USA in the 18th century
13
Did Andrew Jackson think the earth was flat?
6
Were there any abolitionists imprisoned for being critical of the Congress or the President during the American Civil War?
4
How widely were Ramadan observed among Muslim slaves in pre-civil war America?
9
Why were blacks still victimized in the Northern states after slavery's abolition?
4
Economic status of whites in the US South at the height of slavery?
11
Why have "classical" given names (seemingly) had greater persistence in American black culture?
28
Why were slave owners even offered compensation via the 1837 Act if they'd lost the power in parliament to stop abolition in 1833?