Has there ever been a month with 32 days?

As the title says. I believe (and correct me if I'm wrong) that with our modern Gregorian calendar, no month will ever be longer than 31 days.

But have there been any times in the (perhaps recent) past where we had 32 days in a month?

It seems the Julian calendar had a month with 32 days on leap years at one point:

An inscription has been discovered which orders a new calendar to be used in Asia to replace the previous Greek lunar calendar. According to one translation

"Intercalation shall commence on the day after 14 Peritius [a.d. IX Kal. Feb, which would have been 15 Peritius] as it is currently constituted in the third year following promulgation of the decree. Xanthicus shall have 32 days in this intercalary year."

This is historically correct. It was decreed by the proconsul that the first day of the year in the new calendar shall be Augustus' birthday, a.d. IX Kal. Oct. Every month begins on the ninth day before the kalends. The date of introduction, the day after 14 Peritius, was 1 Dystrus, the next month. The month after that was Xanthicus. Thus Xanthicus began on a.d. IX Kal. Mart., and normally contained 31 days. In leap year, however, it contained an extra "Sebaste day", the Roman leap day, and thus had 32 days. From the lunar nature of the old calendar we can fix the starting date of the new one as 24 January, a.d. IX Kal. Feb 5 BC in the Julian calendar, which was a leap year. Thus from inception the dates of the reformed Asian calendar are in one-to-one correspondence with the Julian.

Sweden, being a Protestant country, was initially suspicious of the "papist" Gregorian calendar, but decided to adopt it in the early 18th century. However, there was an idea to do so gradually, by simply skipping all the leap days until the calendars were in synch. This was done in 1700, but then, the Great Northern War broke out and people seemed to forget about this, so 1704 and 1708 had 29 days in February. Then someone realized how silly it all was, and decided to go back to the Julian calendar by adding an extra leap day in 1712.

Sweden eventually shifted to the Gregorian calendary in 1740, but then all in one go.

Of course it depends whose months you look at. Part of the decimalization project in revolutionary France was Claude Boniface Collignon's proposals for decimalizing time. He called for ten "solar months" per year, each of 36.5 days. See page 168 of his Decouverte d'etalons justes, naturels, invariables et universels. I think his long months only exist conceptually and never became national law.

In 46 BC, as part of the introduction of the Julian calendar, Caesar first had to wrench the existing calendar back into alignment with the solar year. It had drifted so far out of alignment that harvest festivals were separated from the harvest by several months.

As part of doing this, he introduced two special one-time intercalary months between November and December that added a total of 67 days to 46 BC. I haven't been able to find information concerning how the 67 days were split up, but at least one of the months had to have a length of at least 34 days. 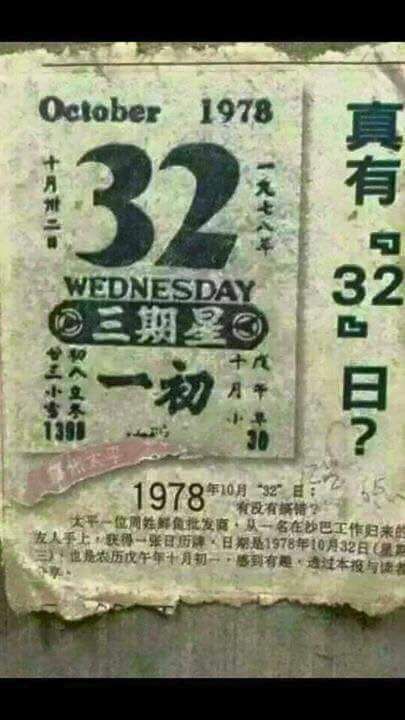 Not the answer you're looking for? Browse other questions tagged calendar modern or ask your own question.

23
What was the Julian Calendar aligned to?
24
in what form did William the Conqueror write the date of his own coronation?
13
When did Socrates die?
8
Where and when was the shortest calendar day in history, due to DST and calendar changes, etc?
15
Why is the leap day on February 29th?
18
When did the current 7-day week cycle begin?
9
How are Julian and Gregorian dates usually represented in historical works?
17
Why does the amount of days in an year on average of the Gregorian calendar only have 4 decimal places (365.2425)?