What can I learn from these WW1 shell cases? 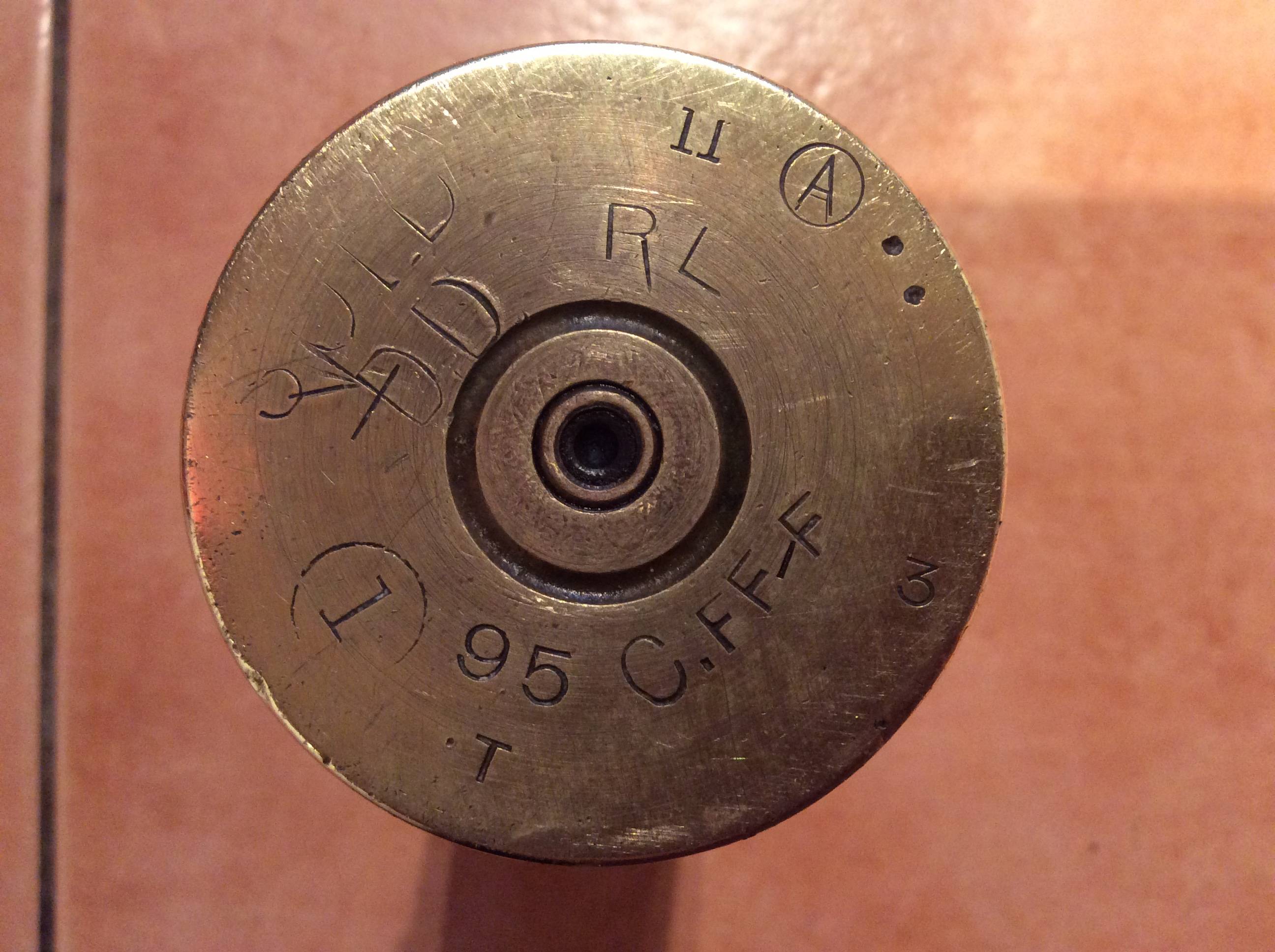 We found these two shell cases in my parents garage. They were allegedly brought back from France by my great grandfather, but that’s all we know and we’d really like to know more about them and wondering if anyone can help please? The larger shell has a diameter of 85mm and the smaller shell is 62 mm. I hope the extra photos help. Thank you. 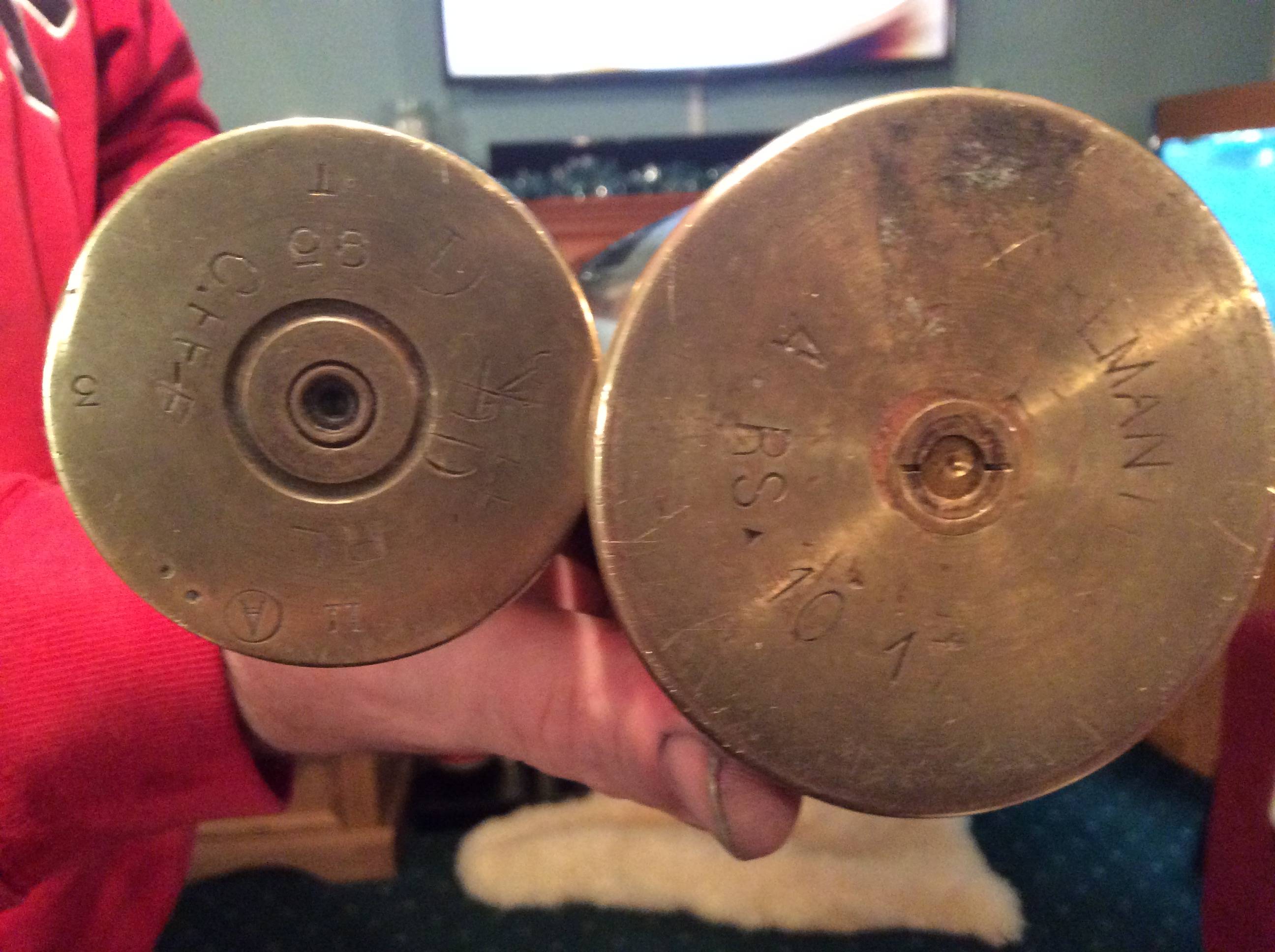 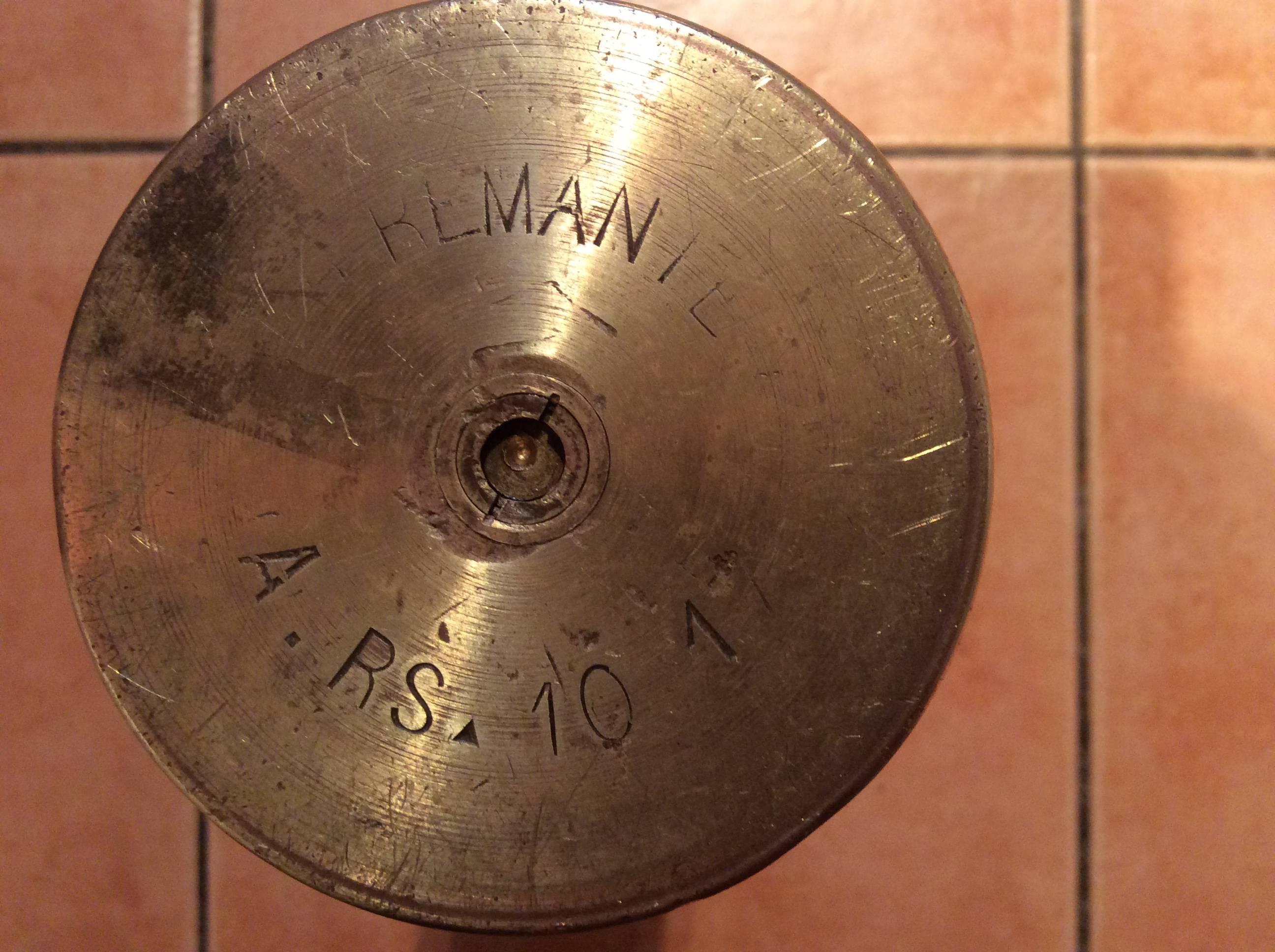 The smaller of the two seems to be a British shell case. A good source for First World War British munitions is the Explanatory List of Service Markings (1918), produced by the Royal Arsenal, Woolwich. Another useful guide is the 1915 treatise on Ammunition from the War Office.

The markings that I can make out are:

Another researcher that I'm working with this week believes that the "T" indicates that the shell was last filled at the Tipnor filling station and that the "95" is from the quality inspection carried out there.

The "DD" and "SOLD" stamps were, presumably applied after the case's service life.

The larger case would appear to be French. It has been stamped "REMANIE" which indicates that the casing had been re-used.

From the picture, this could be the case from a 75mm mle (or French 75mm) round.

It's possible that the A.RS stamp indicates that it was manufactured in Rennes (Ateliers de construction de Rennes).

EDIT: If the measurements added to the question are across the widest part of the base of the shells, then that is consistent with their identification as a British 6-pounder and French 75mm respectively.

On the smaller case..

The encircled (A) means the shell has been fired once. The two adjacent punch marks are given for each subsequent firing. So this shell has been fired 3 times. This was a way the English designates there shells, so it's an English shell. The C.FFF has to do with the Charge load. It was fired with full charge, loaded with cordite again all 3 times. Can't really make out much more..

On the larger case.. I can't match up any symbols.

Smallest is British (two little pits next to the A means the shell has been used twice).

Bigger is French A RS is the factory made in..

When you measure the top of these shells you will know the caliber..do research like "75mm French shell WW1" ..the British work in inch .. or pounders in their shell language .. 18 pounder, 60 pounder..6 inch..