Under what circumstances did feudal rulers grant land to someone new?

A fief (/fiːf/; Latin: feudum) was the central element of feudalism and consisted of heritable property or rights granted by an overlord to a vassal who held it in fealty (or "in fee") in return for a form of feudal allegiance and service, usually given by the personal ceremonies of homage and fealty.

In feudalism, a fief generally passes to the son of the previous ruler.

In practice, kings would break this custom from time to time, and grant the fief to someone who was not the heir of the previous lord. I realize that taking lands away from a powerful lord is likely to start a civil war, and would only be done for a good reason, or in extraordinary circumstances. What were these circumstances?

When and why did historical kings grant lands and titles to someone new?

Good answers will cite their sources and be supported by specific examples.

Henry the Lion (a Guelf) was the most powerful duke in the Holy Roman Empire, only second to the emperor himself. His downfall lastet from 1077–1081, when he was convicted of high treason against the emperor Barbarossa (Frederic I) and had in a court process his feudal lands greatly diminished; his imperial fiefdoms were all confiscated.

The exact details as to "why" are a bit unclear. Fred and Henry were said to be friends and had a fallout. That Henry refused to follow him into battle seems to be the case. Official documents filed against Henry speak of gross misconduct and treason, against the emperor, the church and the people. Later historiographies paint more the picture of a grand conspiracy against Henry, led by rival aristocrats.

But Otto was not only loyal to Frederic but for a time also to Henry, but my teacher's rumor has it that Otto was also one of the main plotters. The Kaiser might just have been interested in 'orderly' affairs and 'power distribution' – after Henry becoming so powerful so that his family might be a threat to his own – to the second in line of office seniority. (Graham A. Loud & Jochen Schenk: "The Origins of the German Principalities, 1100-1350: Essays by German Historians", Routledge: Abingdon, New York, 2017, p54f.) It is often said that Henry was also quite unpopular with the other aristocrats under him in Bavaria.

Subsequently Westphalia and Bavaria were re-distributed and the former tribal duchy of Saxony split up.

This marks the rise of the house of Wittelsbach which ruled in Bavaria until 1918 (succession for the fiefdom much better explained in German Wikipedia). The biggest chunk of land taken from Henry was awarded to Otto I of Bavaria.

The arch bishop of Cologne Philipp received from the western part of Saxony the newly created Duchy of Westphalia, the biggest part of eastern Saxony went to Bernhard of House Ascania who became the Duke of Saxony. Styria went to Ottokar IV..

As the emperor taketh so the emperor giveth, after Henry and Frederic's family were reconciled some much smaller fiefdoms were granted again to the Guelf family.

This is partly illustrated for Saxony in before: 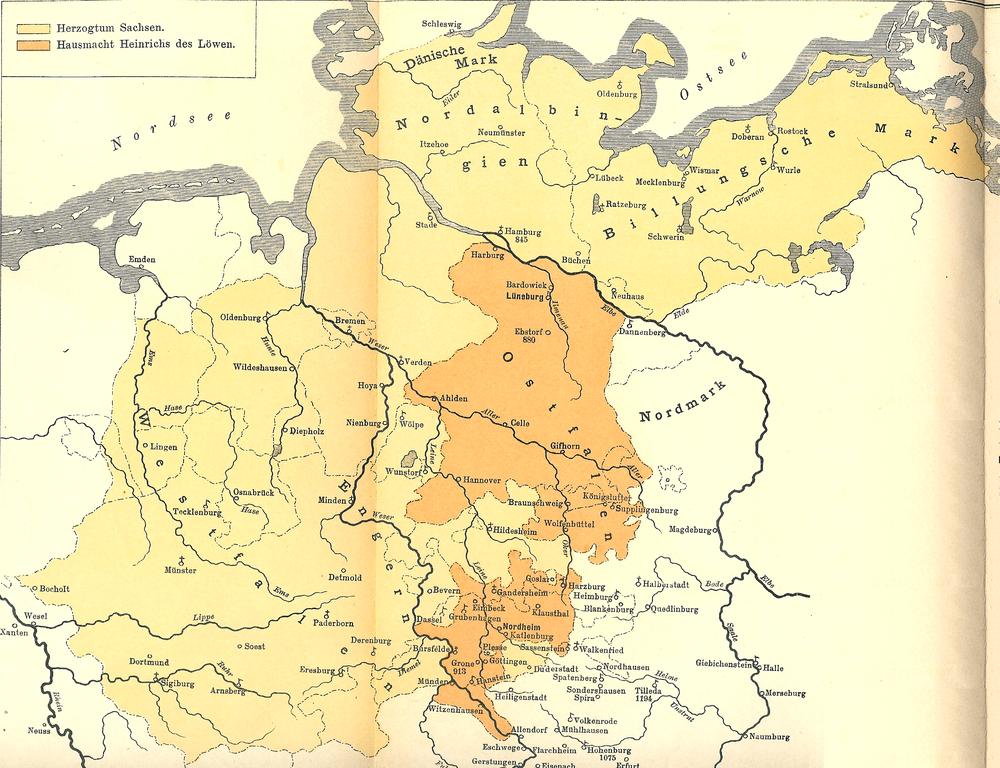 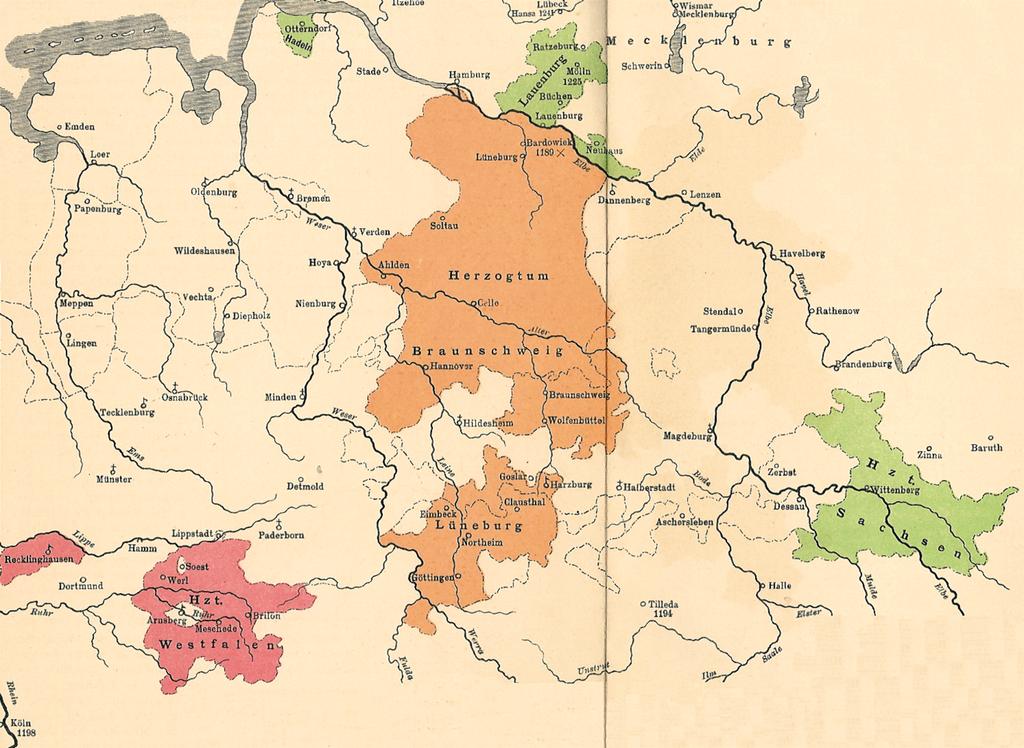 In 1553 John Dudley, 1st Duke of Northumberland, was executed for treason, with (Most? All? It's a little hard to trace.) his estate vacated to the crown.

In 1572 the 4th Duke of Norfolk, Thomas Howard, was executed for treason and his lands and titles escheated to the crown. Much of this estate was later restored to his sons, and the title restored some generations after that to a descendant.

Not the answer you're looking for? Browse other questions tagged political-history feudalism political-succession or ask your own question.

11
Whose colors/coat-of-arms did men-of-arms wear in a feudal army, 14th century?
5
Why did the United States under the Articles of Confederation have a hard time getting funding?
8
What happens if a vassal inherits not under the control of their sovereign?
29
Why did Switzerland not grant votes to women until 1971?
14
In what European countries did non-hereditary nobility exist? (XVII-XIX centuries)
3
Under feudal primogeniture, did second+ sons ever eye the land holdings of their father's vassals?
8
How did the king give land to new barons without taking it from the old ones?
2
In a feudal system the king would give land to the knights in exchange for military services. Where did he get his money from then?
8
Why, apart from religious reasons, might someone in thirteenth century England give land to a Church?
4
How was Enguerrand VII de Coucy able to keep his allegiance to both king of England and France during the Hundrend Years War?