Is there any evidence the Mongols expanded into northeast Asia?

There is plenty of recordings of the Mongol empire moving west, but is there any evidence of them expanding northeast towards the present-day petroplavlosk-kamchatsky area? Or were there factors that prevented them from expanding there?

On the first question, ...is there any evidence of them expanding northeast towards the present-day petroplavlosk-kamchatsky area?, no -- I don't believe there is any evidence of Mongol empire stretching to Kamchatka.

As a steppe society, I believe the Kamchatka Peninsula is way out of Mongol Empire's range of operation. But let's not leave it at that but expand on the point because they have tried (and failed miserably) to invade Java and Japan.

Nevertheless, let's keep in mind, in history: lack of evidence is not evidence of absence ...

As for the second question, ... were there factors that prevented them from expanding there?, I believe the following factors might be good reasons why they did not make it that far:

Geographically, the Russian Far East of Sakhalin, the Kurile islands, and the Kamchatka peninsula are very different from Inner Asia. Specifically, the high seismic activity and volcanism would be very uncomfortable for the Yuan dyansty. In addition, the coastal meadow-forests and monsoon season of this region would make it highly unsuitable for Mongol warfare.

Starting in 1264, Kublai did attack the Ainu in Sakhalin (not Kurile islands) but it was not sweepingly successful because it went on intermittently for nearly half a century before the Ainu finally submitted in 1308 (to Temür Khan, Kublai's grandson). Looking at the map below, if Kubilai failed dominate the Ainu in Sakhalin, they would not be leap-frogging them to Kamchatka.

Last year, I had an answer on the Mongol Navy, mainly to show how bad they were at naval warfare -- and if you couple this with the actual distance the Yuan navy had to travel (if they chose the sea route, Sea of Okhotsk), it would be highly unlikely that Kubilai or Temur would want to risk additional resources after the failed naval invasions of Japan (1274 & 1281). 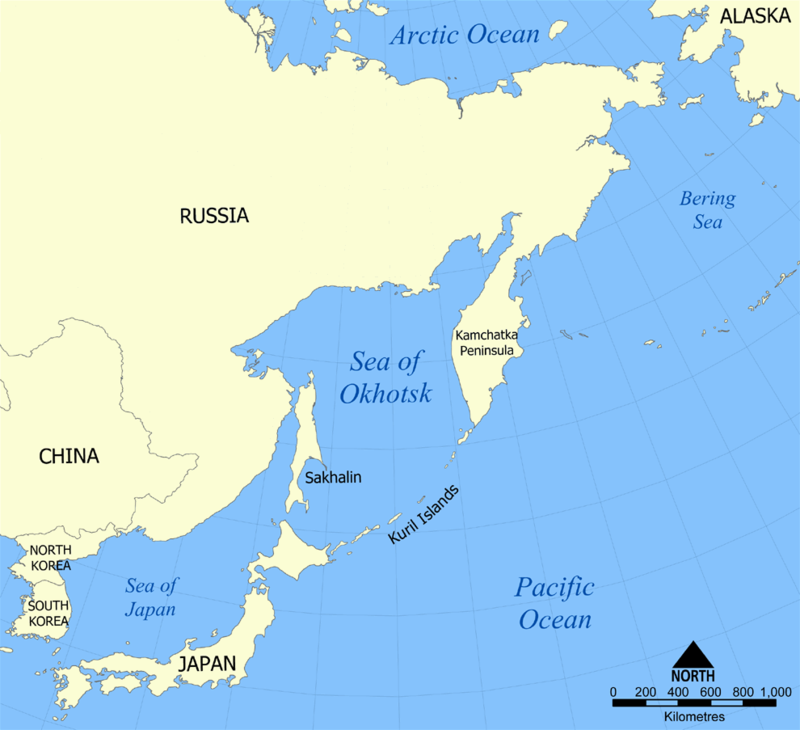 Logistically, it should be obvious that the coastal land route would also be prohibitively expensive and long (in terms of manpower, resources and time).

Finally, although there isn't much written on the Ainu-Mongol wars, there is some info here and this book: The Peoples of Northeast Asia through Time (Brill, 2015), Chapter 2 on the Ainu people.

For Mongols to reach Kamchatka would have required either a much more difficult sea voyage than those they attempted in the Sea of Japan, or else crossing the territory of the Yakuts or the Evens. Mongols never conquered either of those groups, but interacted with and influenced both.

Why wouldn't Mongols have wanted to expand in that direction? A faraway, sparsely populated subarctic region with difficult terrain was just not that attractive.

Not the answer you're looking for? Browse other questions tagged mongol-empire asia mongolia or ask your own question.

3
Did the Yuan Dynasty ever occupy Hainan?

26
Was any significant percentage of Mongol army infantry?
13
Is there any evidence of post-landbridge travel across the Bering Strait?
15
How Did the Mongol Empire Get So Big?
7
What did Golden Horde get out of the alliance with Mamluks?
11
Why did Russians have guns towards the end of the Mongol Yoke, but not the Mongols?
10
Why did Coloman of Slavonia leave Sajó bridge weakly defended against the Mongols?
22
Were Mongol or Chinese cavalry charges among the largest in history?
1
Are there any primary sources on the letter Hulagu wrote to Qutuz?
3
How were Mongols defeated on the field?
26
Why was the northern boundary of the Mongol empire set where it was?