Where were the Straits dollars printed?

They were printed in the UK.

The Straits Dollar was initially printed by Thomas de la Rue of London at their UK plants from 1901 until 1930: 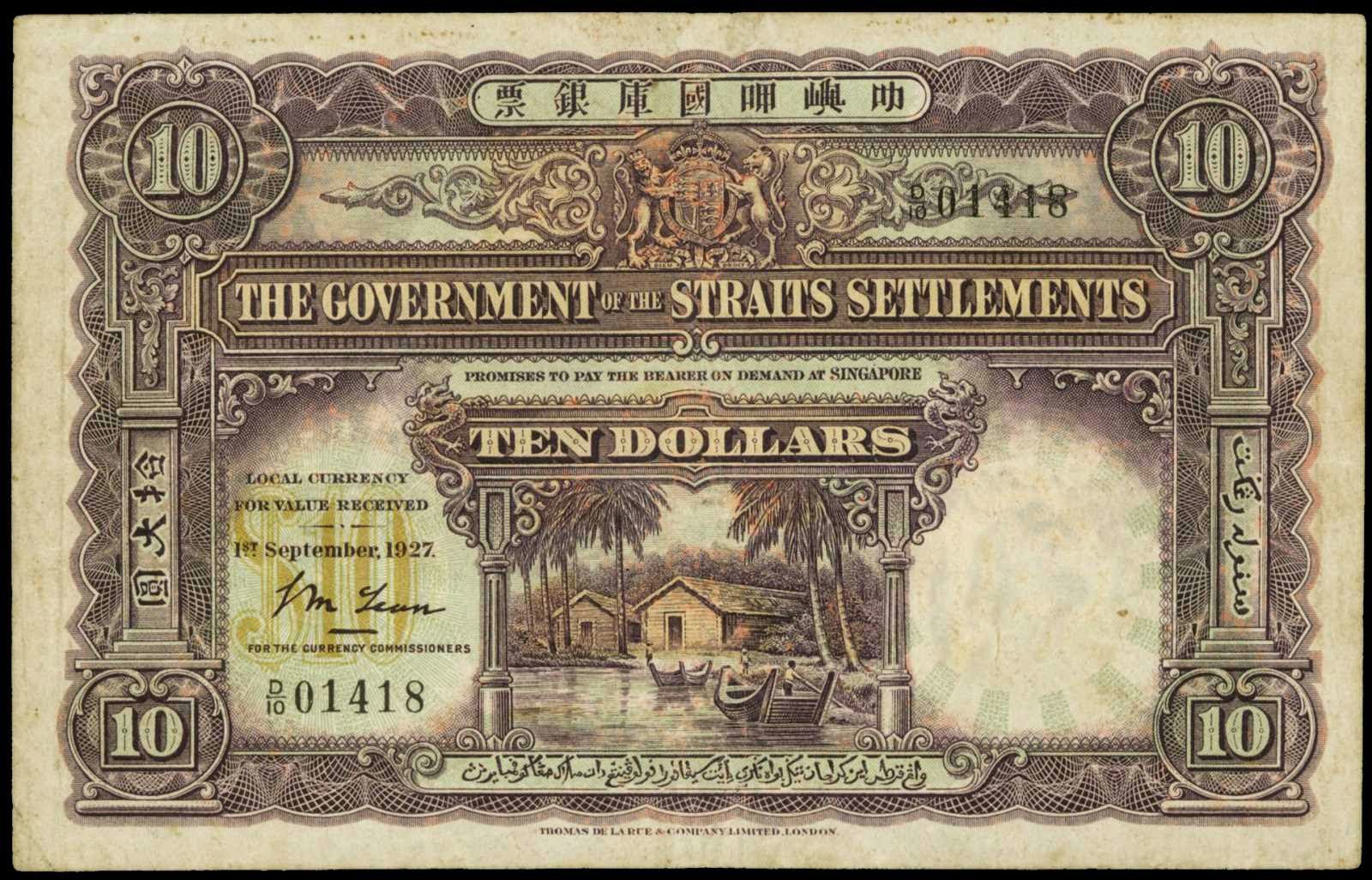 and later, from 1931 to 1935, by Bradbury Wilkinson at their plant in New Malden in Surrey:

The Straits Dollar was replaced by the Malayan dollar in 1939, at an exchange rate of 1:1

In fact, even after independence, Singapore currency notes continued to be printed in the UK right up until 1984:

Not the answer you're looking for? Browse other questions tagged currency malaysia brunei singapore or ask your own question.

6
What coin denominations were used in the US before Dollars and Cents?
5
Were the ancestors of Malays originally from Yunnan, China?
2
What are the full names of the discoverers of the Seria oil field?
25
When and where were the first coins made showing the currency or a face value?
3
In 2018 US Dollars, how much was Picasso's painting sold for in 1912?
4
How did laborers travel from China to Malaya in the early 19th century?
3
When did $10,000 banknotes become available to the public in the British colonies of South East Asia?
9
Has there ever been a case where a country adopted the currency of another country with a smaller economy?