What was the most recent Catholic coronation ceremony of a king?

What was the most recent Catholic coronation ceremony of a king*? 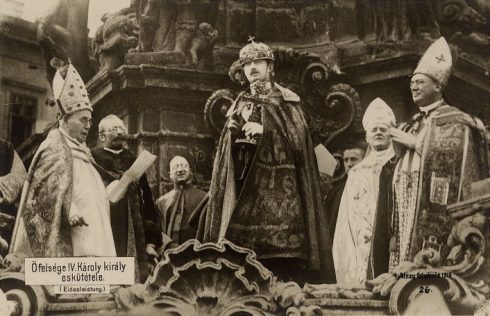 *excluding popes, who are both civil kings and heads of the Catholic Church

The unambiguous answer is indeed the coronation of Karl IV, as King of Hungary, on 30 December 1916.

While not a Catholic ceremony, Ferdinand I is the most recent Catholic king to receive a coronation. He was crowned in 1922 with a non-denominational ceremony, because Romania was an officially Orthodox country.

The ascension of Juan Carlos I to the Spanish throne in 1975 is the most recent Catholic ceremony of such. It was however not technically regarded as a coronation. The formal coronation ceremony was already sporadic in the various kingdoms that make up modern Spain after the Reconquest, and died out entirely after the 15th century.

Coronations in all the Christian monarchies in Spain were erratic at best. Most Spanish kings—Castilian or Aragonese—used the coronation only when their own legitimacy, or the queen's, was called into question. It is possible that by choosing not to be crowned, Alfonso was behaving like a Castilian king who believed that a coronation was not an absolute necessity . . . Alfonso very clearly signaled to his subjects that he regarded the Crown as his patrimony and that his subjects had no legal standing to determine the legitimacy of his claim.

Earenfight, Theresa. The King's Other Body: María of Castile and the Crown of Aragon. University of Pennsylvania Press, 2010.

Hence, Juan Carlos I was proclaimed king in the Cortes Generales and then enthroned in a Catholic mass, but not ceremoniously crowned. This is widely, but technically inaccurately, reported as a coronation.

Though excluded by the question, for reference, the most recent Catholic coronation ceremony of a monarch is the coronation of Pope Paul VI in 1963. Every pope since him have chosen to be inaugurated rather than crowned with the Papal Tiara. In theory, a future pope could still choose to be crowned, though.

Alternatively, and more literally, the 2014 canonical crowning of the image Our Lady of Immaculate Conception of Juquila is technically the most recent Catholic "coronation".

Not the answer you're looking for? Browse other questions tagged catholic-church monarchy royalty or ask your own question.