How did Romans know if their money was debased?

In many moments of Roman imperial history coin was debased, with its silver contents being reduced over time, and in general this was linked with increasing imperial expenditures. In Harper's The Fate of Rome (2017) it is stated that Caracalla needed to create a new kind of coin, the antoninianus, to be able to pay soldiers after he raised their pay. This new coin was said by the state to be worth two denarii, even though its silver contents only reached the mark of 80% of the silver contained in two denarii. It seems that this worked for a while.

But in the 250s and 260s the denarii and sesterces were progressively melted down, eventually disappearing, and the antoninianus, the sole remaining silver coin, was debased until it was a billon coin, almost pure vile metal. Harper says that people must have started holding on to good metal, taking coins out of circulation and accelerating the currency crisis. In the author's words, "no other era of Roman history is so productive of coin hoards." (p. 148)

My question is: How could Romans, in this period and in other periods as well, tell if their coins were being debased? How could those people that took coins out of circulation know that their silver content was getting lower? Did they keep measuring the density of new coins, or did the state advertise that new coins had less silver? (This would seem counterproductive if the objective of these measures was to pay for the state's debts.)

(My research so far didn't give any results, as the articles I found were only about debasement as a problem for the Roman Empire, and didn't tell me what I wanted to know)

The density of copper (~9 g/cc) is almost 20% less than that of silver (~10.5 g/cc). It wouldn't take a genius of Archimedes caliber to repeat the well known "Eureka!" experiment and test coins for precious metal content.

And the moment one person in a community starts discounting certain coins, you can be certain that others would get suspicious as well. It just takes one well educated merchant to start the rumours flying.

I'd go with hardness as Silver is soft but becomes much harder the more copper content is present. Take a known silver coin and a coin in question and setup an experiment where a jewelry hammer hits the coin with the same force. A pure silver coin should indent with a significantly lower force than the silver/copper coin. It's a pretty steep curve with a 10% copper impurity being almost twice as hard as a pure silver coin would be. 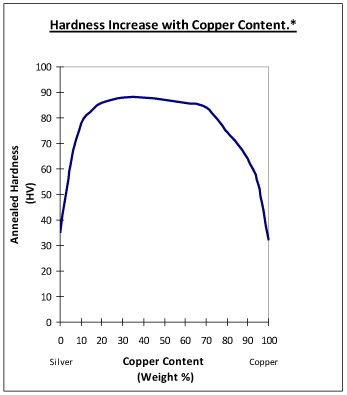 Not the answer you're looking for? Browse other questions tagged roman-empire money or ask your own question.

20
How much tax did Romans pay?
50
Where did the Romans store their cash?
4
How was money transferred before digital transactions?
19
How much of an impact did the Roman emperors' civil wars have on their decision to debase the coinage?
15
How did Romans organise their files?
5
How important was currency inflation in Fall of Roman Empire?
5
How were large sums of money carried/transmitted prior to the 1940s or so?
2
How was money transferred in early 1900s' Russia?
15
Where did the Roman money involved in the spice and luxury trade end up?