Who are the people walking with Hitler? 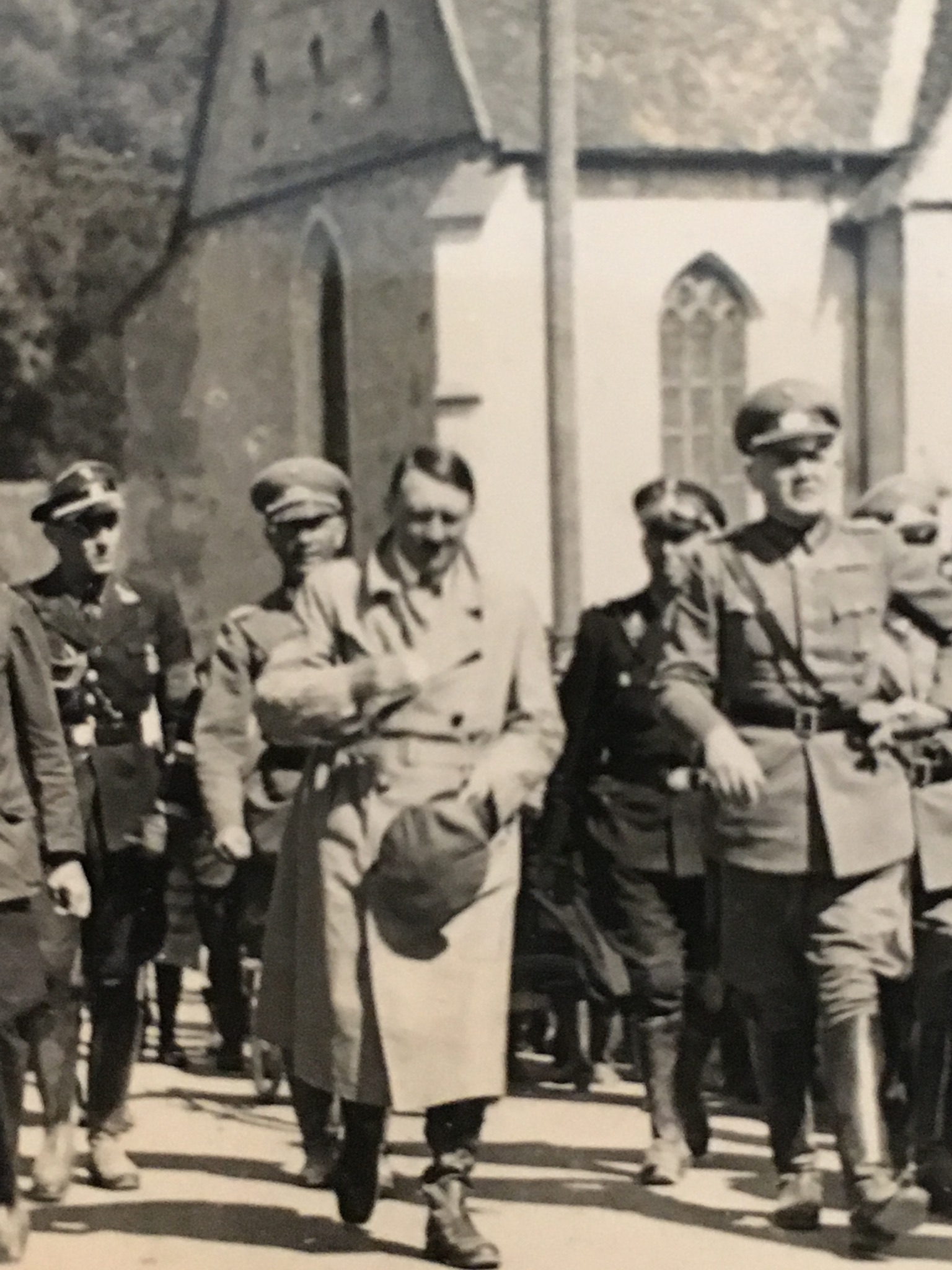 I was going through my late Uncles WWII photo album from his time in the US Army. To my surprise I came across one page dedicated to the Nazi army. No idea how he came about these pictures. It looks like it was taken from his camera but do not see how that was possible. I am thinking it was maybe taken from a fallen Nazi soldier.

Who are the Nazi soldiers pictured with Hitler? 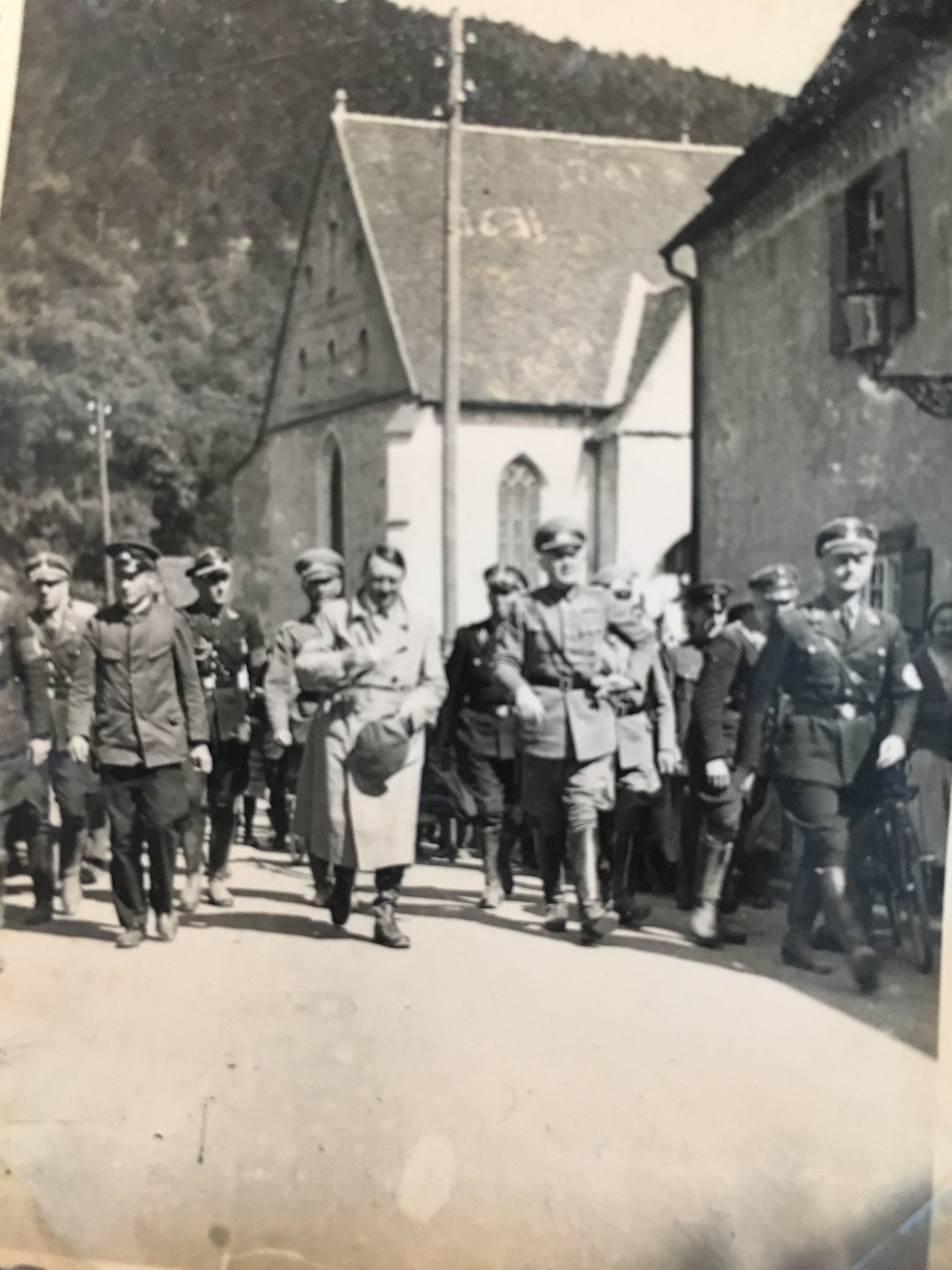 Regarding place and date: The picture was taken in Blaubeuren, Germany. In the background, a part of the Blaubeuren Abbey is visible (its western portal): 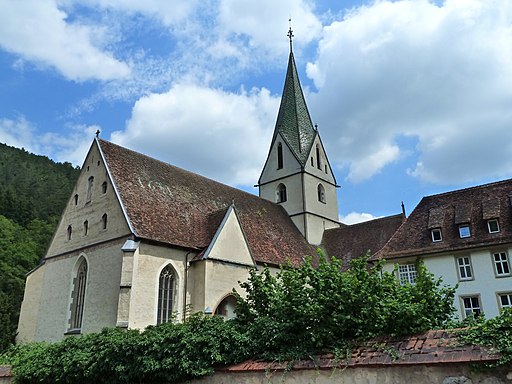 The place is about 100 meters south of the „Blautopf“, a famous little pond in Blaubeuren; today, the street is named „Blautopfstraße“. Guessing by the shadows cast, the photo was taken around noon.

Maybe, the photo depicts Hitler's visit in Blaubeuren where he had lunch on September 5th 1933 (according to Sandner's „Itinerar“), on occasion of his stay in Ulm where he attended a maneuver of the 5. Reichswehrregiment on September 5th and 6th, 1933 (this may explain the presence of high-ranking military people at that place and time). There are archival sources about a meeting between Hitler and some high-ranking Reichswehr officers at Ulm: Werner von Blomberg, General Kurt von Hammerstein, Generalleutnant Curt Liebmann and General Hans Freiherr Seutter von Lötzen. Guessing by a slightly better (but cropped) version of that photo (that was also available as picture postcard: see here and here), the person at Hitler's left may be Werner von Blomberg (wearing his "Pour le Mérite"?), at that time Minister of Defense. The person at the very right of the photo may be Heinrich Himmler (???). Regarding Goebbels: It seems that he didn't accompany Hitler to Ulm but returned to Berlin after attending the Nuremberg Rally from August 30 to September 3, 1933.

Not the answer you're looking for? Browse other questions tagged nazi-germany hitler identification or ask your own question.

16
Why was Johannes Blaskowitz indicted at the Nuremberg High Command Trial
46
How did the Nazis plan to defeat America during World War II?
8
Where and when did Nietzsche's sister meet Hitler?
8
Are there any accounts of German junior enlisted soldiers surviving the siege of Stalingrad and subsequent captivity?
10
How many trucks did Russia and Germany have at the start of Barbarossa?
14
Is this Hitler's account of seemingly counterproductive British radio war propaganda true?
15
Who was Frau Dr. Ebersberg?
0
Was Rudolph Hess a moderating influence on Hitler?
8
Help on finding out about a sword