What era is this German 10 DM banknote from?

Exactly what it says on the tin. This is clearly a German 10 mark note of some kind, but I can't find pictures online of any notes like it. 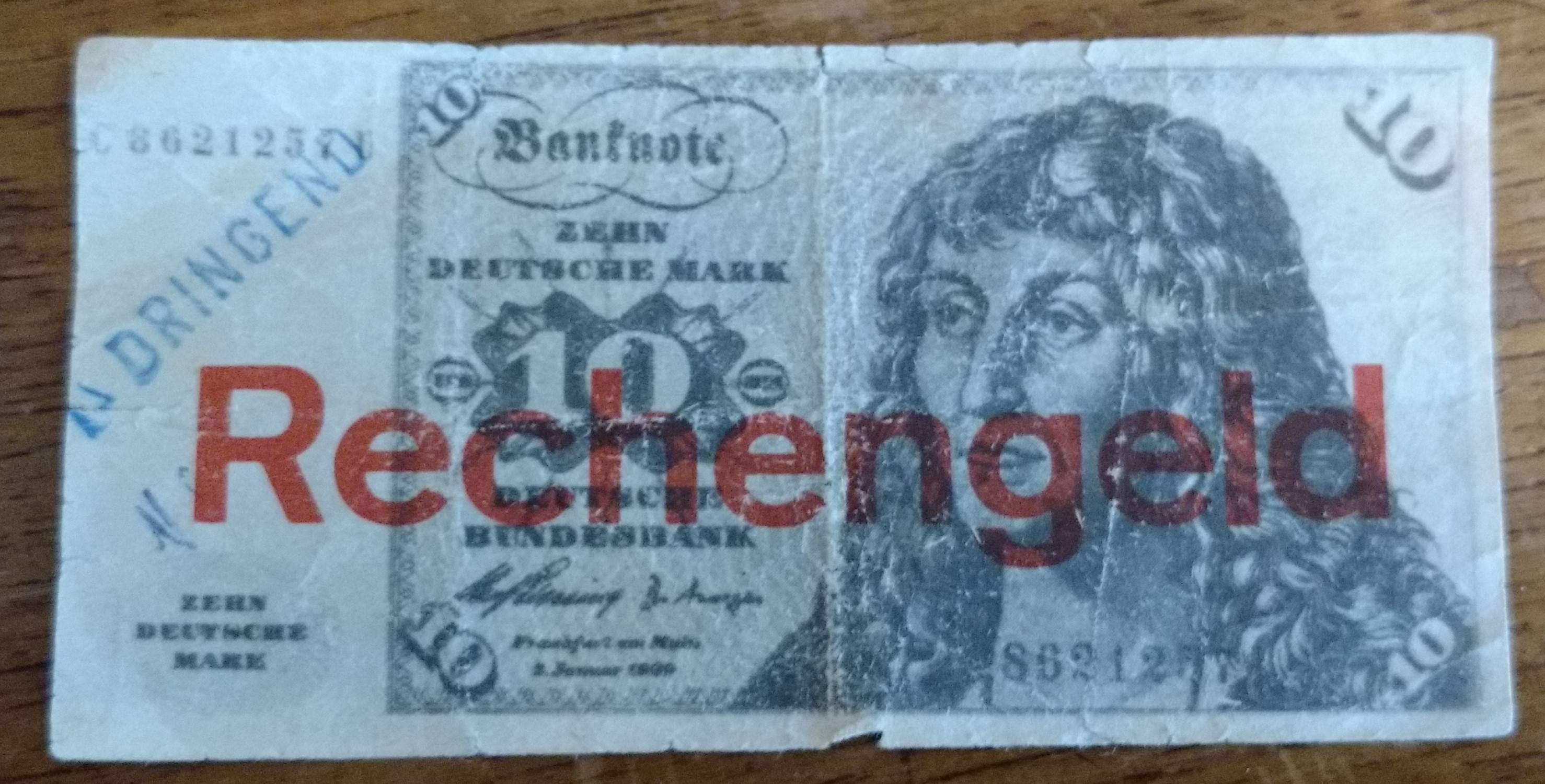 The reverse is completely blank, with some bleed-through from the "DRINGEND" stamp. The white balance on my camera is rather off, and the note is actually far more yellowish than the photo implies.

So, the question is twofold:

The design is that of the "sailing ship" 10 Deutsche Mark note, a banknote first issued in 1960. The front features a 16th century painting by Lucas Cranach the Elder. On a real version of the note, the reverse would have depicted a barque of the same type like the German navy sailing ship Gorch Fock, officially meant to represent German openness to the world.

These notes were withdrawn from circulation in 1990. 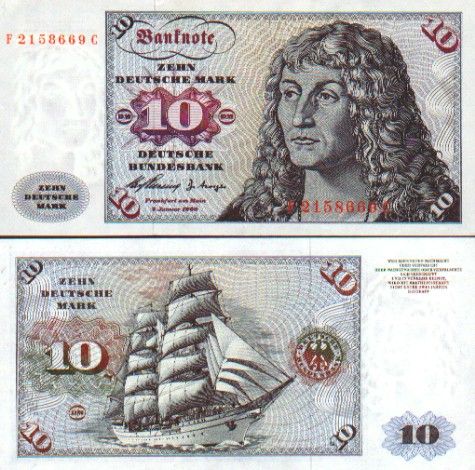 However, in your case the RECHENGELD stamp denotes that it is only play money, used for educational purposes according to @Loong in the comments. Which also explains why the reverse is blank.

This is an addition to Semaphore's answer:

This is the 10 D-Mark note of the third edition of the Deutsche Mark, the Gemäldeserie BBk I (1961) (painting series).

It was designed by the Swiss designer and artist Hermann Eidenbenz who was living in Hamburg, Germany.

It was printed between 1961 and 1990. There are five printing runs which are mentioned under the signature in the lower left corner:

The red "Rechengeld" stamp means that it is money for children to learn using cash. The blue stamp "Dringend" only means "Urgent", I do not know what purpose it has.

To all anglophones: It is Deutsche Mark, D-Mark or even shorter simply Mark, not Deutschemark or Deutschmark or — simply stop it, ok? Yeah, I know how it is called in English, but it was always grating to German ears.

It is evidently a play money banknote that is modeled after the BBk I series in print from 1960–1970 (while the whole design was indeed issued until 1990).

Real banknotes of this kind would have circulated only from 1963 onwards.

Note that I write the bill is modeled after that series. As most wouldn't notice the subtle differences anyway, this actual play-bill in question might also have been printed later. 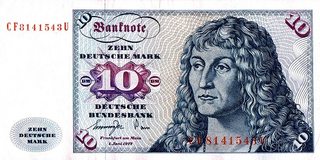 A later model of this exact Rechengeld shows the signatures of Klasen/Emminger and a date of 1970, making this based on the model from between 1975–1977: 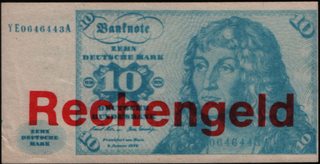 — Src: Spielgeld DM; although that one has the proper reverse printed as well.

Should anyone be into collecting this stuff:
— Günter Aschoff: "Deutsches Kinderspielgeld: ein numismatisches Randgebiet", Ed. M&S, 2009.

Not the answer you're looking for? Browse other questions tagged germany identification currency or ask your own question.

9
What exactly is this 1795 German "Berichte" Document?
8
From what time can this jewelry date?
18
Can someone identify this banknote?
9
What is this German/Italian badge?
58
Has there ever been a non-rectangular banknote?
10
What is the earliest example of the usage of 'Nazis' to refer clearly and exclusively to the National-Socialists?
3
Is this Civil War era uniform?
3
What is this Victorian era British uniform?
11
Identifying this uniform, possibly German or Polish
8
What uniform is this (German/WW1?) and could a 15–16 year old be wearing it?