What are these “Papal States” in Germany after 1648?

I don't usually watch this person's videos, but I couldn't find another one. What do the "Papal States" in Germany after the Peace of Westphalia represent? I especially want to know what affected the politics of the empire or Prussia. A few keywords or an overview would be helpful.

Those were the ecclesiastical states of the Holy Roman Empire.

Germany as we know it today did not really exist in 1648 - the territories in question were part of the Holy Roman Empire, a highly fragmented feudal polity. Fiefs within the Empire could receive a privilege known as imperial immediacy, whereby they become subject to no other authority except the emperor's. They were de facto independent states despite nominally being imperial vassals.

Immediacy could be granted to a wide range of imperial subjects, most prmoinently hereditary feudal lords, but also cities, knights, and ecclesiastical figures. The video appears to be depicting the ecclesiastical states ruled by the last group, which included bishops or abbots and abbesses. Of course, in reality none of these had anything to do with the Papal States, which refer to territories under the direct and sovereign rule of the Pope.

Most of the ecclesiastical states, especially the abbeys, were tiny; but several prince-bishoprics of the empire were sizeable states. Prior to the Empire's territorial losses and subsequent mediatisation during the French Revolution, there were some 65 ecclesiastical imperial vassals, controlling 12% of its area:

The ecclesiastical states were thus overshadowed by the dynastic princes in terms of size, population and economic power, not to mention military strength. Nonetheless, they were integral to the imperial constitution and provided prestigious positions for surplus children of the leading dynastic families..

If you examine the following map of Prince-Bishorprics of the Empire, it becomes apparent that this is basically the same territories the video shaded. 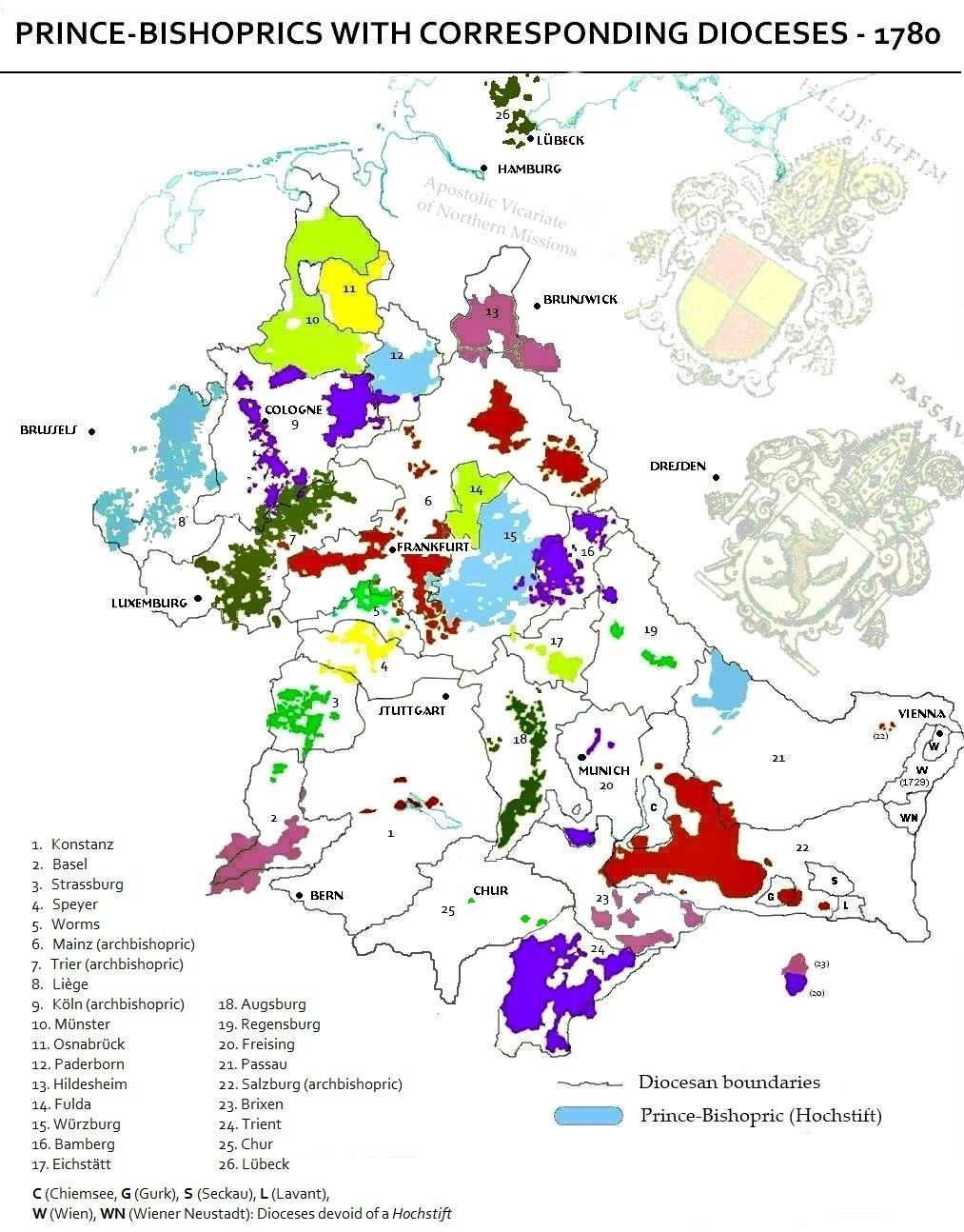 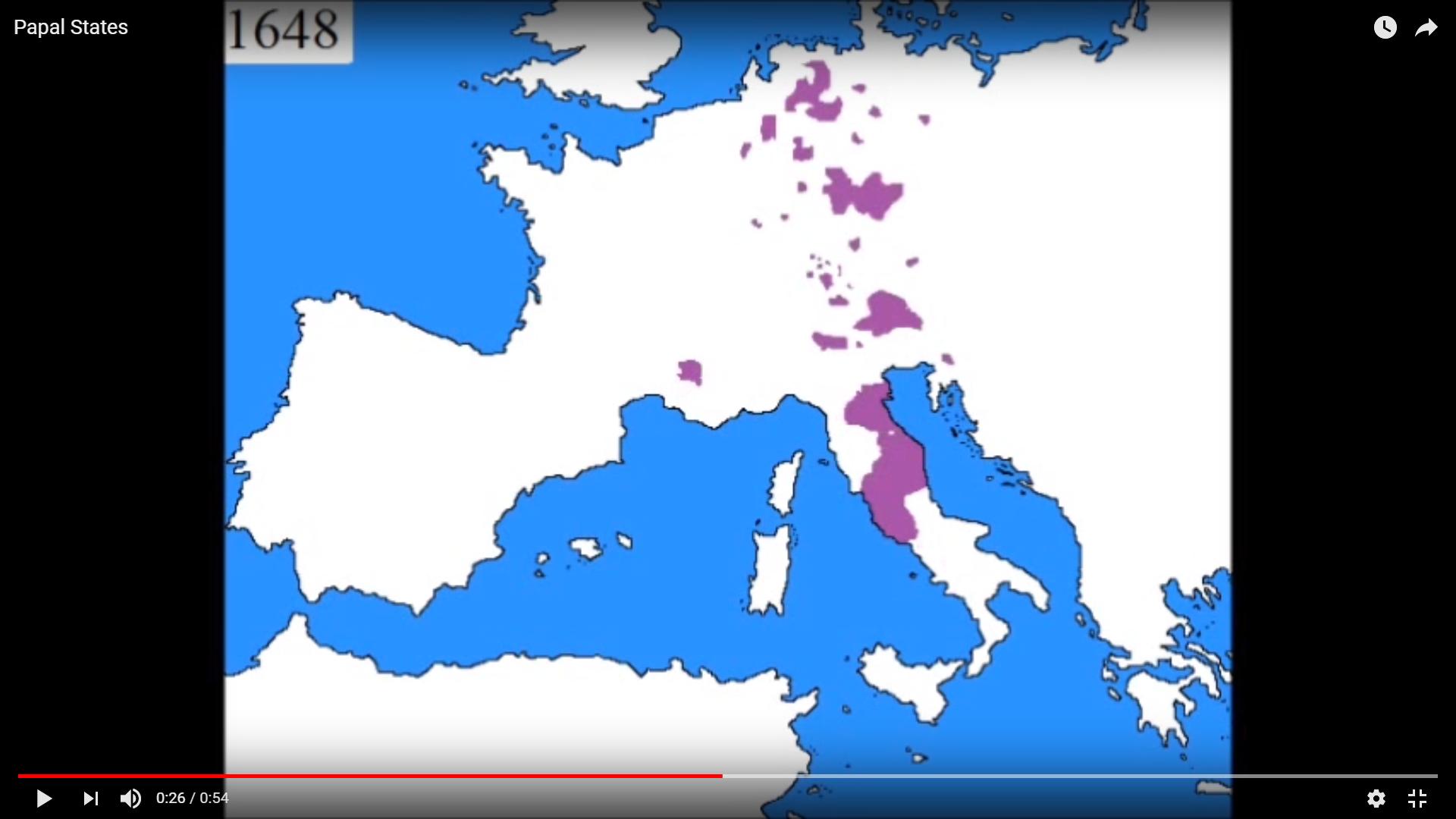 Top: Prince-Bishoprics of the Holy Roman Empire, from Wikipedia. Bottom: For comparison, the YouTube video.

Not the answer you're looking for? Browse other questions tagged europe germany 17th-century catholic-church holy-roman-empire or ask your own question.

17
How did Germany rebuild so quickly after World War I?
8
Religion in European international politics after the Peace of Westphalia?
10
What did Julius Lippert lecture on after WWII?
4
How did Germany deal with the East German communist Government structure after unification?
14
What was the largest land area that Germany has ever controlled?
18
Who are these people in this satirical cartoon of the Congress of Verona?
3
Why did Germany request compensation after the Agadir (2nd Moroccan) crisis?
29
Please help identify these old coins found in Germany?
16
What uniform are these gentlemen wearing?