Can you identify this possibly Austro-Hungarian military uniform from either WW1 or before?

My Great Grandfather died in 1929 at age 50, putting his possible year of birth at 1879. He was born and died in Istria, now modern-day Croatia. During his lifetime, however, this part of the world was under Austro-Hungarian (AH) rule, as the Austrian Littoral. AH's K.U.K Kriegsmarine was based there, and I wondered if his uniform had anything to do with that.

Can you help me identify my Great Grandfather's uniform pictured below? 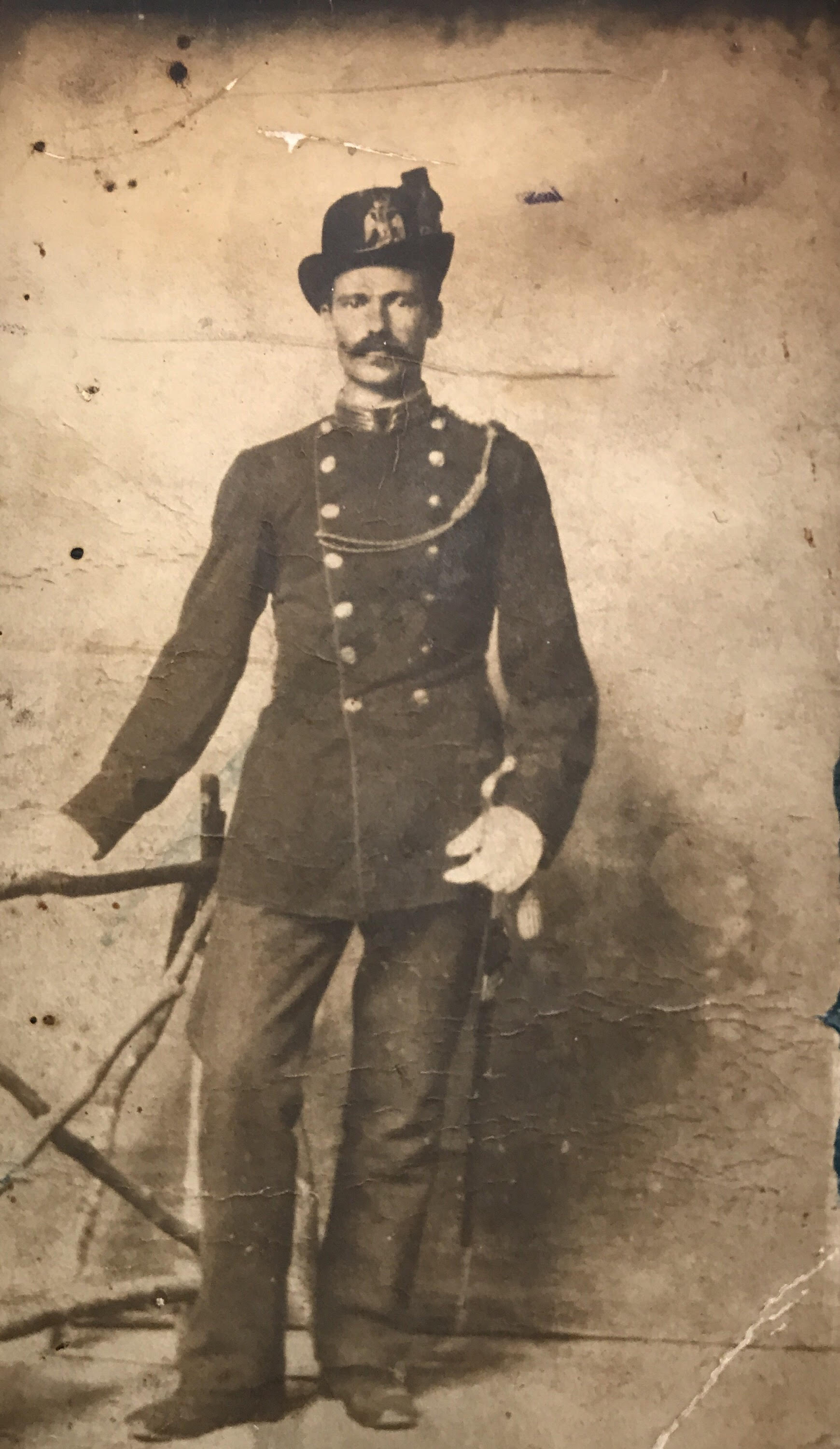 I believe this uniform is from the k. k. Gendarmerie Here is a picture of their uniform from the same wiki page:

There are slight differences (eg number of buttons), but the design of both the hat and the coat is clearly very similar, and the man on the wiki link is a Gendarme officer (Hauptmann) from Bosnia-Herzegovina, while your Great-Grandfather was from another area of Austria-Hungary and probably of lower rank.

Here is another image of an Austrian gendarme-coat, demonstrating the same epaulet on the left shoulder, and the cord hanging from it. 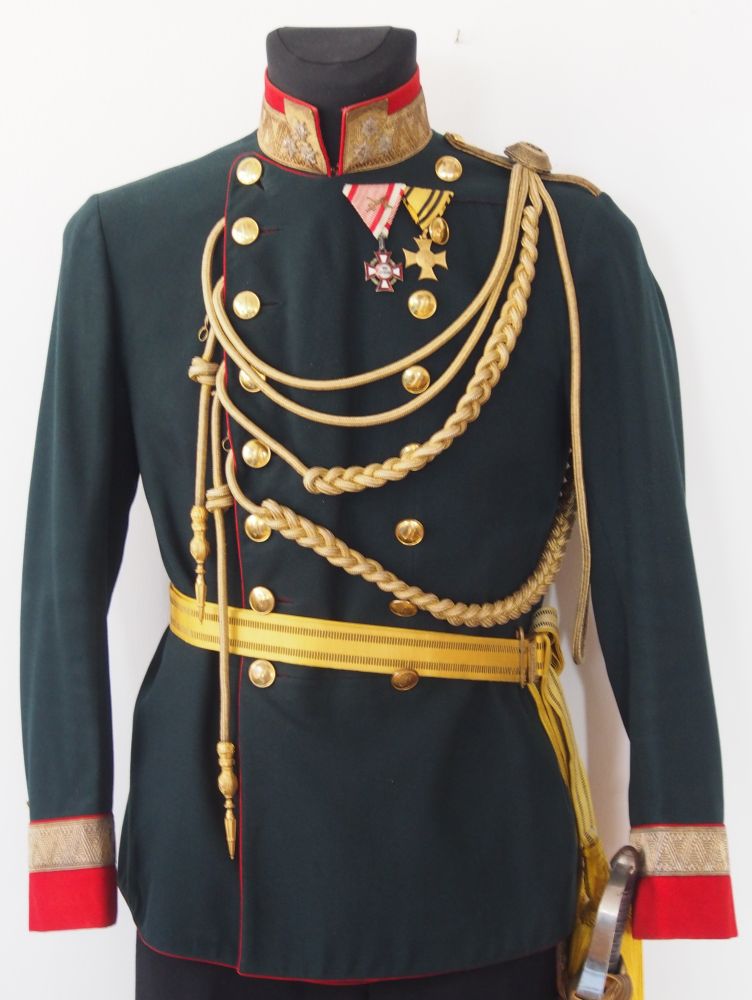 (This is a colonel (Oberst), so it has more cords)

It turns out that other K.u.K military units wore a similar design of coat (Waffenrock in fact) for example the K.k. Landesschützen, so it is hard to be certain. It seems that gendarme after 1900 (other than Hungarian ones) were supposed to have helmets, not Jager-hats, but for example the Landesschützen (who wore Jager-hats) had a much lighter bluish hue on the Wafferock, that is very bright on black-and-white photos. But the one sided cord and epaulet I have only seen on gendarme uniforms.

The K. k. Gendarmerie also has a Facebook page, they have a ton of photos of different uniforms, and perhaps can help with further research.