Which US naval ship from 1905 is depicted on this photo? 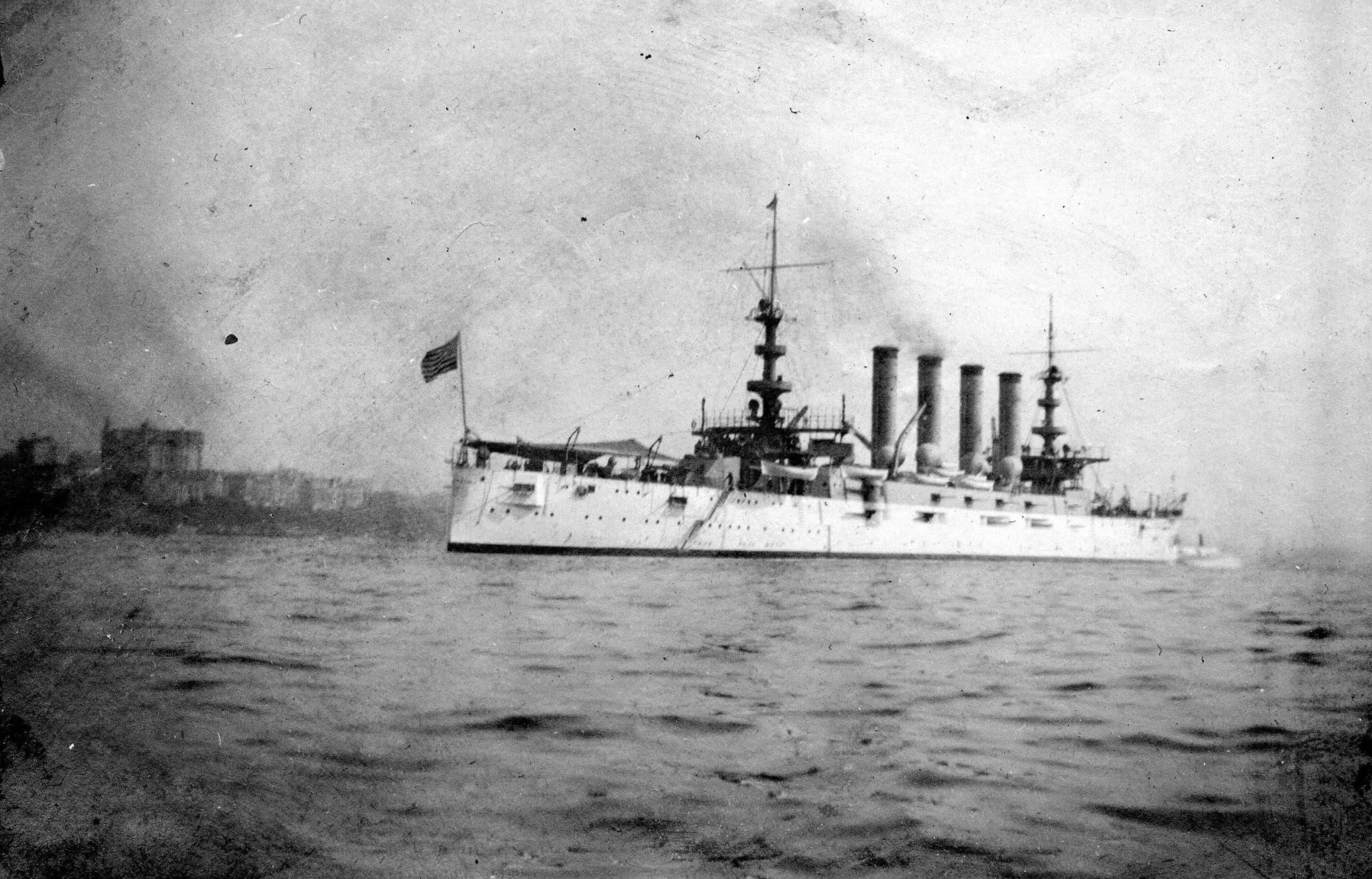 It's a stern view of a Pennsylvania-class or Tennessee-class armored cruiser, photographed sometime prior to 1912. Distinguishing features:

If the photograph is from 1905, then the ship is one of USS Pennsylvania, USS West Virginia, USS Colorado, or USS Maryland, as the other ships of those two classes were commissioned in the 1906-1908 timeframe. There's a decent chance that it's the USS West Virginia, since that ship served with the New York Naval Militia.

Not the answer you're looking for? Browse other questions tagged united-states identification naval ships or ask your own question.

10
What class / type of ship was the “Dragon” from Rotterdam c. 1732?
12
What is the origin of this pre-industrial naval depiction
10
Why was a small vessel tied to the deck of the USS Oriskany during scuttling?
38
Who is this young 'Prince'?
11
Who is this, probably royal, teenager?
18
Who is in this c.1866 photo?
3
Can anyone identify this uniform from SE Asia?
5
Can anyone identify this woman’s uniform?
8
Who is this person depicted on the “Ianua Nova” Latin textbooks?