Egyptian funeral procession: what are these people doing / holding?

The picture below is notable for being the "World's oldest depiction of a stern-mounted steering rudder (c. 1420 BC)". 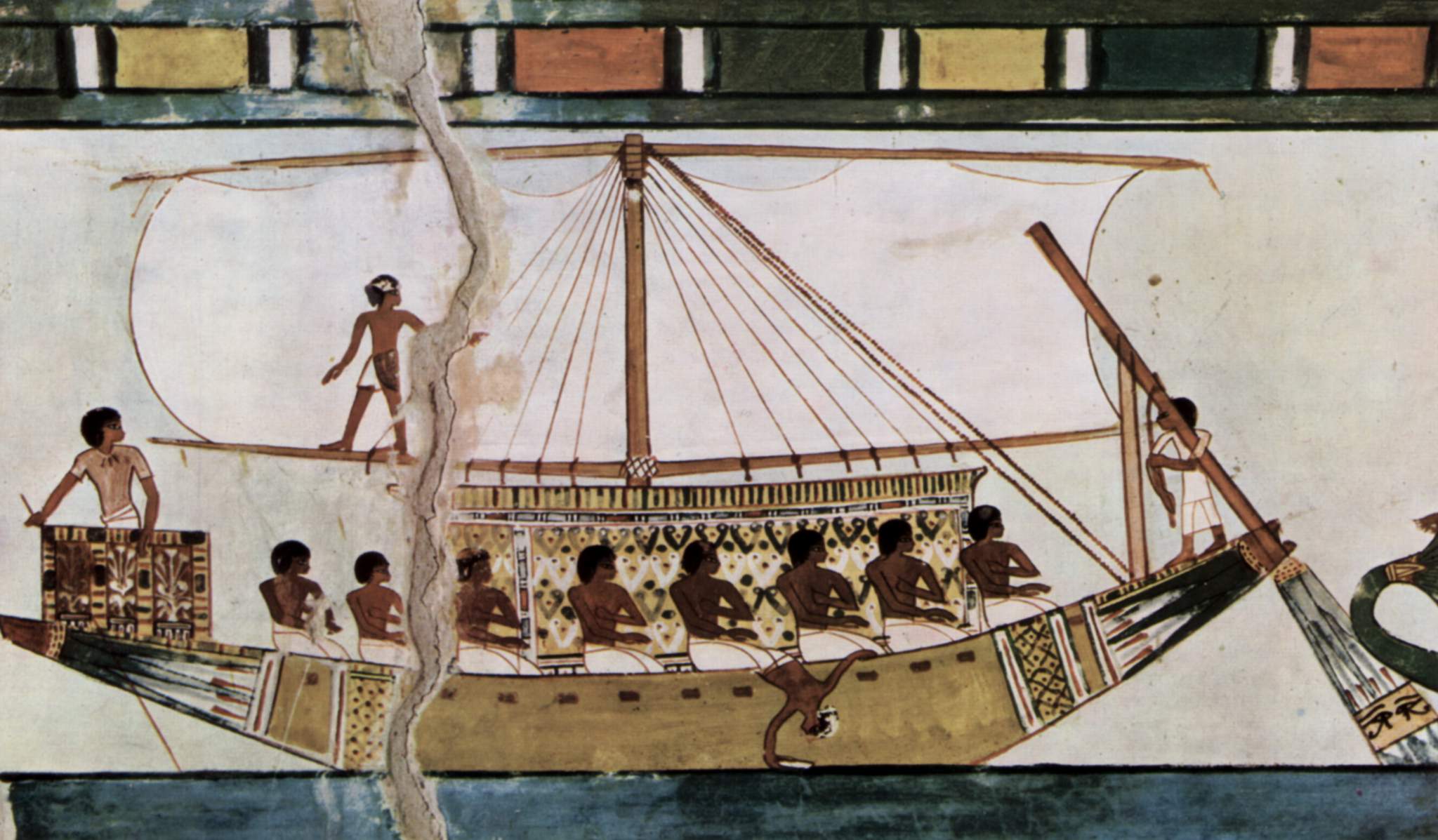 This much is clear enough. However, I'm curious about the man on the left and the man leaning over the side.

For the man on the left, I'm guessing he's holding something to check the depth of the river. Can anyone confirm this?

For the man leaning over the side, he is holding something in his hand. What is it and what is he doing?

This wall painting is located in the tomb of Menna, which is one of the many tombs located at ancient Thebes. There are a lot of wall paintings in the complex, which you can learn about in full here.

The river boat in the image is actually part of a larger sequence of two boats on a pilgrimage to and from Abydos. You can find the entire image in hi-res segments halfway down this page.

The man on the bow is definitely using a sounding pole to measure the depth of the water to avoid running aground. Average depth of the Nile is 8-11m, but of course would vary across the river proper as well as the delta branches. Whereas lead lines were eventually used by ancient mariners to measure the Mediterranean depth, the Nile was on average 8-11 meters deep so long, graduated sounding poles worked just fine.

The man leaning over the side of the boat could still be up to interpretation. This isn't a funeral procession, but actually a pilgrimage to a holy site, as interpreted by other paintings in the tomb. So, due to the religious nature he could very well be gathering water for a ritual. Alternatively, I wouldn't rule out drinking water either. The Nile wasn't used for sewage and the Egyptians of this time had no working knowledge of bacteria. If you were thirsty, a quick drink from the river may have been normal.