Did Japan ever attack Vladivostok in WW2? Why or why not? 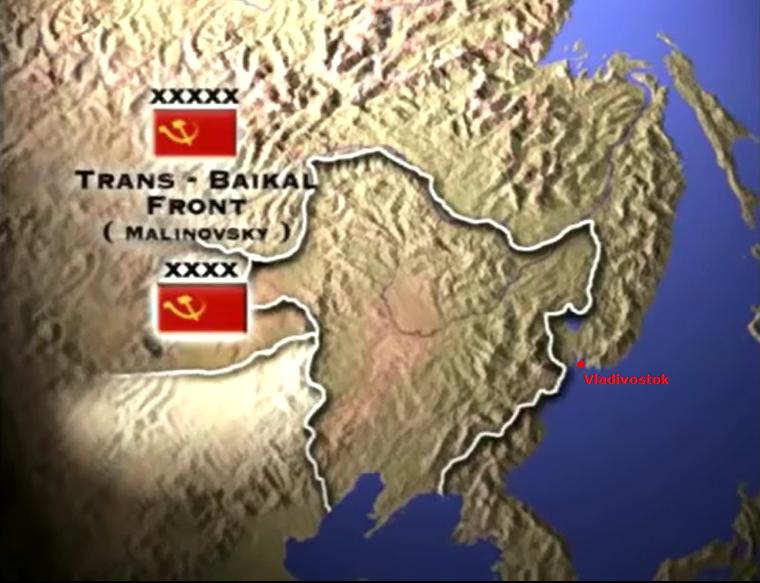 That's a screenshot from Battlefield Season 4 Episode 3. I added the location of Vladivostok.

In all my readings, I have never found a Japanese attack on Vladivostok during or right before WW2. You can see the city is very exposed and very near both Japan and Manchukuo, so I wonder why.

The skirmishes that culminated in the Battle of Khalkin Gol took place in 1938 and 1939. Why didn't Vladivostok come under attack from the Japanese Navy? Surely they didn't think much of the Soviet Navy since Tsumisha Strait.

The Soviet Invasion of Manchuria took place in 1945 Aug 9 to 25. Why didn't Vladivostok come under some form of attack at least from the air? Did the Soviets heavily fortify this city with AA guns or something along those lines?

There were battles, true, and the Japanese considered attacking the Soviet Union, but:

Japan was faced with a choice in 1940: attack the Soviet Union in an escalation of the border clashes, or attack south to capture the Indonesian oil fields and Indochina rubber plantations (rubber for vehicle tires was definitely a strategic material) in response to the US and Britain cutting off fuel sales to Japan, which threatened their ability to wage war. And attack east to disable the US Pacific fleet, so it couldn't interfere.

This was the fateful decision to throw in with the Axis powers, but also sign a neutrality pact with the Soviet Union, which worked to the advantage of both countries... at that time. Japan had done poorly in the border clashes with Soviet forces (commanded by a fast rising Georgi Zhukov), and there weren't really any strategic materials to be had by taking eastern Russia, while the Soviets were reeling from the initial German attack and only too happy to free up most of the troops on the eastern front.

One of the key individuals in this situation was Soviet spy Richard Sorge. Masquerading as a German journalist, Sorge kept the Soviet Union appraised of Japan's intentions during the initial German invasion of the Soviet Union, allowing the Soviets to focus almost all of their troops against Germany when Sorge reported that Japan had no intention of attacking northward, and that the border clashes had been largely a matter of over zealous local commanders and not policy dictated from Tokyo.

In short, Japan didn't go with a war against the Soviet Union in the early 1940's, because it wasn't in their strategic interests to do so. It would definitely have been in Germany's interests, but not Japan's.

In 1945, when the Soviet Union attacked, Japan's military capability had been degraded considerably. Most of their navy was on the bottom of the ocean, and what little aviation gasoline they had was being reserved largely for kamikaze attacks on the US fleet, so they didn't have the naval or air assets to attack Vladivostok in August, 1945. On top of that, the considerable number of Japanese troops in Manchuria were not equipped to fight an armored opponent, especially not the Red Army and it's thousands of tanks, so the Kwantung Army simply didn't have the means to oppose the Soviet invasion, let alone counterattack.

They didn't because of the Soviet–Japanese Neutrality Pact. The Allies agreed (in Yalta ???) that the USSR should as soon as possible attack Japan, which they did in August 1945. By then the war was already lost for Japan.

Before that Japan got a bloody nose at the Battles of Khalkhin Gol in 1939. Japan decided to go south to Pearl Harbor as the result of that border conflict instead of going east into Siberia.

This is a case very similar to what happened in WW1. Germanu had showed no sign of fighting will against the Trans-Sibiria logistical network. This network had helped the Russians and their Siberian armies to crush Ottoman and Austrian resistance in WW1.

In the second world war the same thing happened and Japanese were under control of the Allies just like the Germans of WW1. Japan should have known that as long as this route was open, Germany would have been beaten. Since they were on Germany's side (at least it is said so by the history) they facilitated the defeat of Nazis and eventually their own armies. The Japanese state had been captured by the Allies when the Samurai government was destroyed and Japan came under Western influence.

If Japan had a will to win, it would have been enough to cut route between USA and Soviets.

Not the answer you're looking for? Browse other questions tagged world-war-two soviet-union russia japan warfare or ask your own question.

15
Did Japan ever pay Russia war reparations after WW2? Why or why not?
3
Why did the Soviet–Japanese Neutrality Pact take 2 years to sign after the Battle of Khalkin Gol?
59
Why didn’t Japan attack the West Coast of the United States during World War II?
18
Why did the Japanese attack the Aleutians at the same time as Midway?
40
Why couldn't Japan crack the Navajo Code in WW2, when they captured a Navajo native speaker?
1
Why were some German and Japanese cities bombed more than others during WW2? Is there a scientific consensus?
24
Why was the Red Army successful against the Japanese in 1939 but perform poorly against Finland 1939-40 and early part of WW2?