Did Gavrilo Princip Try To Drown Himself?

The assassination of archduke Franz Ferdinand in 1914 (which lead to World War 1) was carried out by the black hand; specifically Gavrilo Princip. Most sources conclude that he failed to kill himself by trying to drink cyanide Including Wikipedia. I was taught in school that he failed at trying to drown himself in a rather idiotic manner, which was trying to drown in a 3ft deep canal. Is this true? I found no evidence to support this.

My question: Did Gavrilo Princip really attempt to drown himself in a 3ft canal?

EDIT: I presume if you are reading this you are aware of Franz Ferdinand’s assassination but if otherwise, here is the Wikipedia page.

According to this online biography of Gavrilo Princip, it was his co-conspirator Nedjelko Cabrinovic who tried to drown himself (in the River Miljacka).

As they drove along the quay, the assassin Cabrinovic armed his bomb against a lamp-post, and threw it at the Heir Apparent. It exploded under the third car and caused minor injuries. Cabrinovic swallowed his poison, which failed to work, and jumped into the river, where he failed to drown as there was very little water. He was arrested and held for questioning. 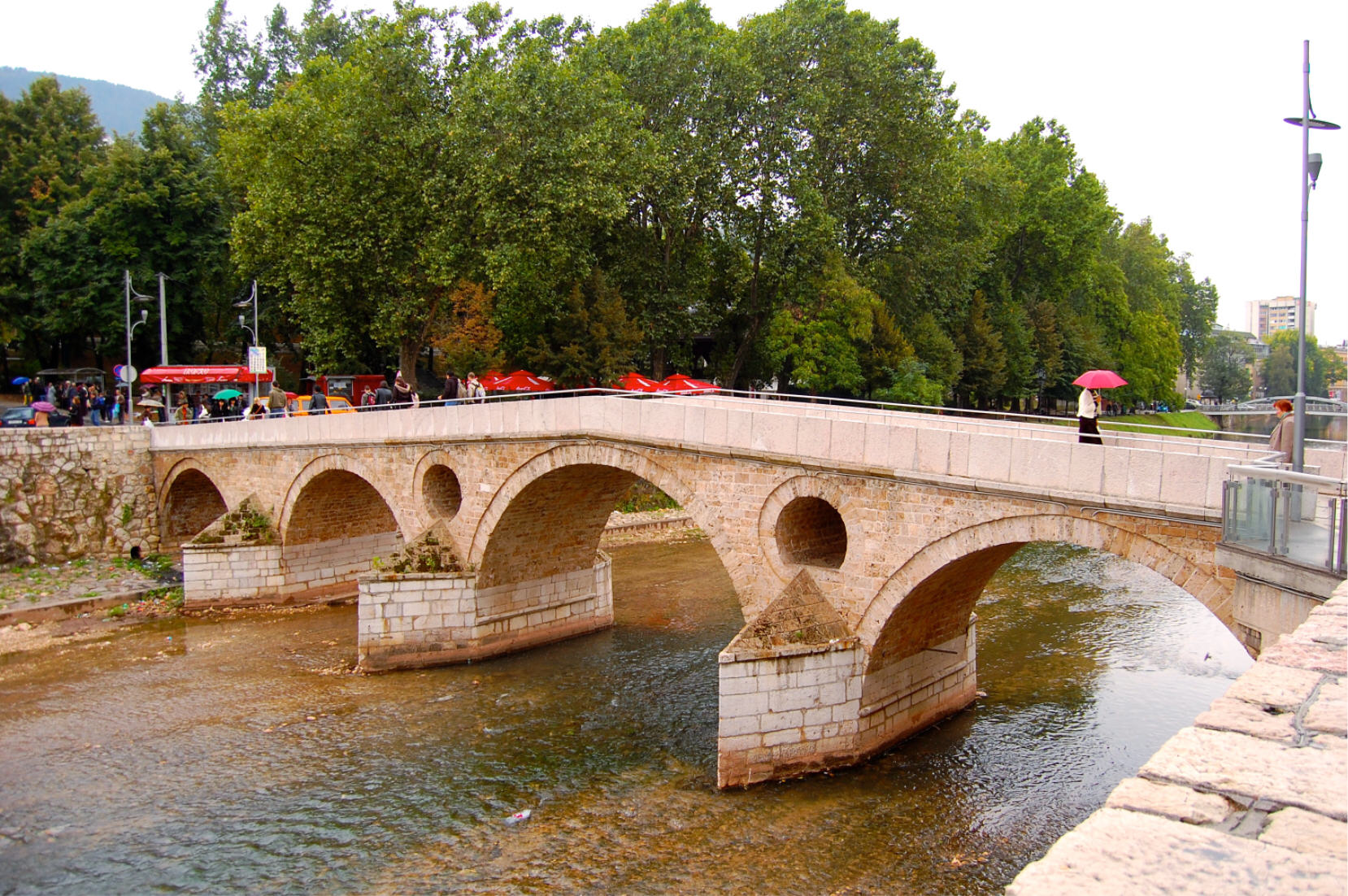 The Latin Bridge across the Miljacka river. (By Jrwooley6 (Flickr: The Bridge) [CC BY-SA 2.0 (https://creativecommons.org/licenses/by-sa/2.0)], via Wikimedia Commons) It was near here that Cabrinovic jumped into the river (it was only 10 centimetres deep) and also near where the assassination took place.

Princip's poison also failed to work, and he was seized by the crowd while attempting to shoot himself.

1
Did World War I soldiers carry swagger sticks, while in combat?
3
How did Hindenburg and Ludendorff lose WWI?
12
When did the “Great War” become “World War 1”?
0
Did Germany perceive Italy as a good partner in the Triple Alliance?
1
Did Serbian businessman Tadija Sondermayer serve in French Air Force Escadrille 3 during WW1?
8
Did the Central Powers during World War 1 try to sue for peace before the Armistice?
2
In 1916, did an amputee, invalided out of the French army, get a pension?
2
Did the western Allies and Russia try to cooperate in World War I as they did in World War II?