Can you identify this seemingly British uniform in a presumably French portrait?

The uniform in this presumably French portrait. The portrait was handed down through unknown generations within the de Boissoudy family in the South of France.

Latest family members are perplexed as to why their ancestor is in a "British" uniform. I am speculating that he is not in a British uniform. 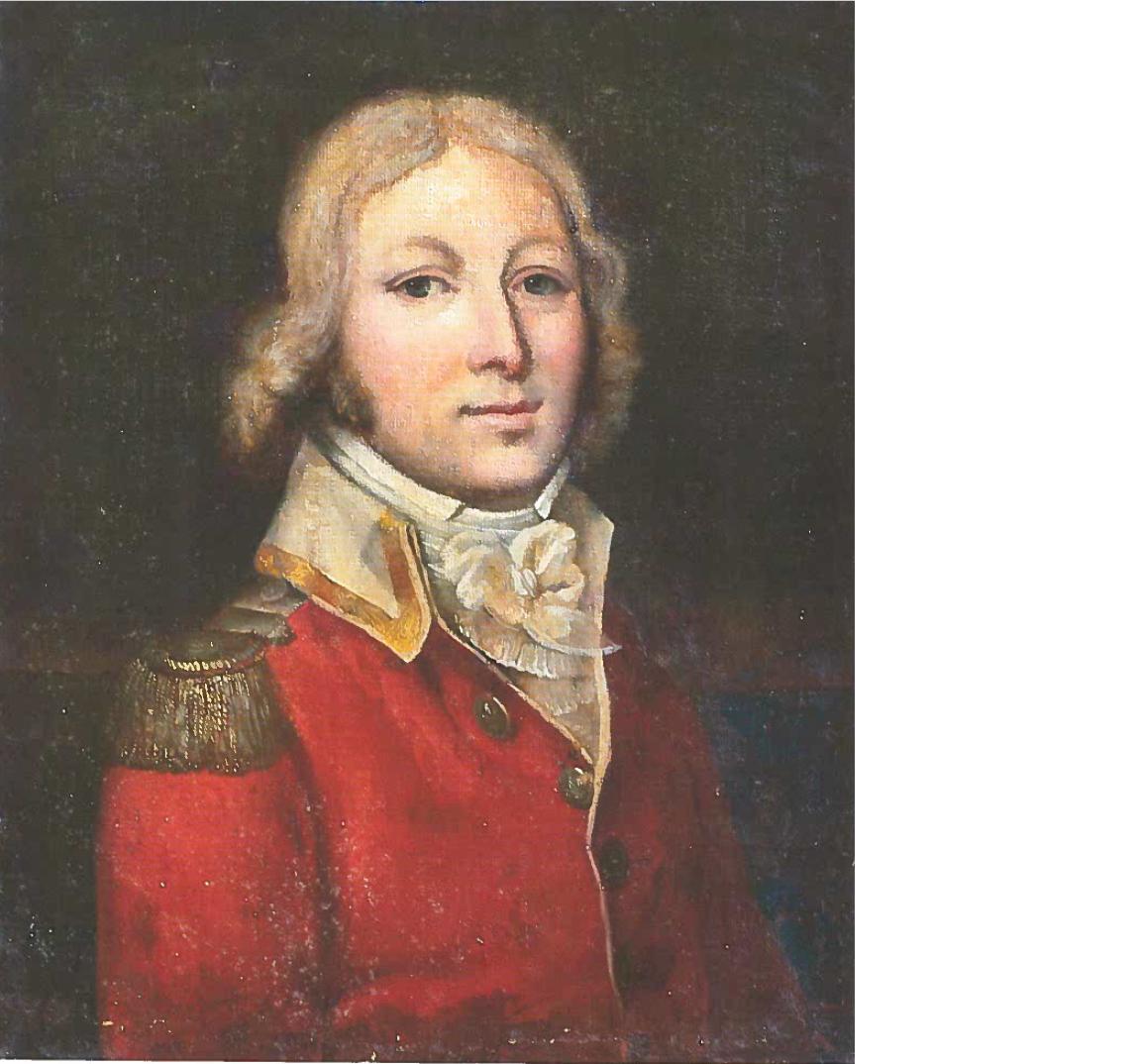 Can anyone identify the uniform in this portrait?

From the English Wikipedia on Red Coat (military uniform) regarding France:

The Irish Brigade of the French Army (1690-1792) wore red coats supposedly to show their origins and continued loyalty to the cause of Jacobitism. Red coats were also worn by the Swiss Guard and other Swiss mercenary regiments in the French Army from the mid-17th to early 19th centuries.

Can anyone identify the uniform in this portrait?

Not easily, there isn't enough detail.

The entire Danish Army wore red coats up to 1848 and particular units in the German, French, Austro-Hungarian, Russian, Bulgarian and Romanian armies retained red uniforms until 1914 or later. Amongst other diverse examples, Spanish hussars, Japanese Navy and United States Marine Corps bandsmen, and Serbian generals had red tunics as part of their gala or court dress during this period. In 1827 United States Artillery company musicians were wearing red coats as a reversal of their branch facing colour.[47] However the extensive use of this colour by British, Indian and other Imperial soldiers over a period of nearly three hundred years made red uniform a veritable icon of the British Empire.

Not the answer you're looking for? Browse other questions tagged france identification uniform or ask your own question.