Why were there “hussars” all across Europe?

From what I read, hussars are originally a cavalry forces in Medieval Hungary. But then it became a class of light cavalry that were in service in many European nations, and during the Napoleonic wars: (according to Wikipedia: Hussar)

Most of the great European powers raised hussar regiments. The armies of France, Austria, Prussia, and Russia had included hussar regiments since the mid-18th century. In the case of Britain four light dragoon regiments were converted to hussars in 1806–1807.

Why were there such widespread adoption and why are they called hussars? What common characteristics do these regiments have that link them to the original hussars in Medieval Hungary and that separated them from other light cavalry class like lancers, dragoons or uhlans?

As legend says, after they lost Battle of Kosovo (1389) Serb units, most notably their light cavalry, have spread to Hungary and then further over Europe.

In Medieval Hungary, these became known as hussars since about 1432 (Oxford Encyclopedia of Medieval Warfare and Military Technology, p. 306); they were greatly developed by Matthias Corvinus (1443-1490). At the time hussars differed from the heavy cavalry by lack of any armor; their only protection was an asymmetric shield (ibid). 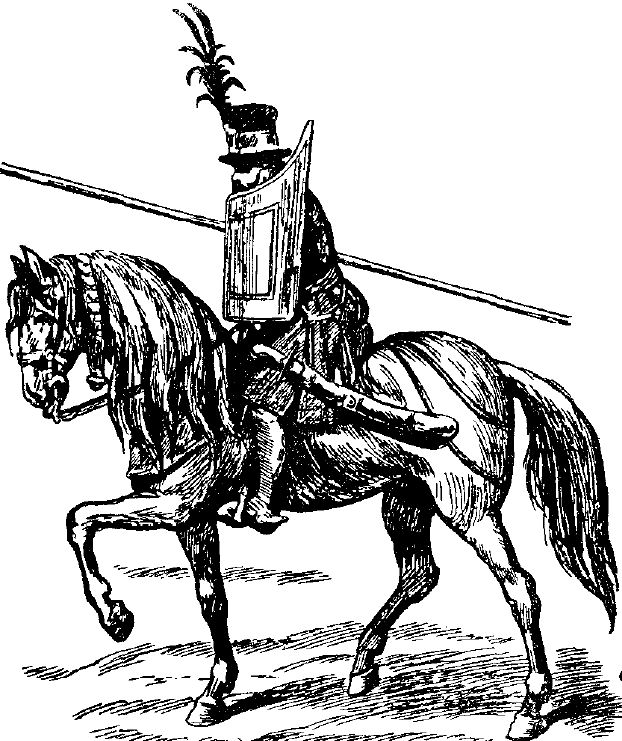 To avoid a misunderstanding. Specifically in Polish-Lithuanian Commonwealth the hussars were further developed into heavy "winged" cavalry (1500-1770), and small numbers of similar heavy cavalry were employed in Russia. But the usage of term "hussars" as heavy cavalry is limited only to these countries. In Polish language even the word used for the heavy-cavalry-hussars ("husaria", "husarze") is different than the light-cavalry-hussar ("huzarzy").

For the rest of the Europe, the hussars were the light cavalry. Some Hungarian units became mercenary with other European armies since 1526, when Hungary began to be overridden by Ottomans. Other European hussar units simply mimicked the Hungarian ones. They retained their Balkan-styled uniforms (dolman jacket, tall fur cap), but with time dropped the shield and the long wooden lance in favor of firearms.

Differences from other flavors of light cavalry:

Also, the English Wikipedia article that you use is of very very poor quality, so in this specific case I wouldn't use it as source.

UPDATE So why the hussars became so popular in respect to the other light cavalry units of each of the nations? I found no direct sources, but many indirect ones, to point to their sexual attractiveness to women caused by Balkan-style flamboyant dress, mustaches, hairdos (Swords Around A Throne pp. 240-241). This would be a major factor as we entered the times when men needed to be recruited, motivated, and in many cases served voluntarily (Hungarian Hussar, p. 8). There was no military advantage over other contemporary light cavalry units (Swords Around A Throne pp. 240-241).

Hussars in the Napoleonic era were a reconisence and harassment force. As a general rule, they were not used as the hammer in engagements. Though they and uhlans, a polish form of lancers are light cavalry, the lancers were used as shock troops as seen in the Battle of Somosierra rather than as harassment forces. The use of a dragoon changed through the armies of the Napoleonic era. In the early 1800's Dragoons were constantly being switched from the role of mounted infantry to moderate cavalry. British dragoons were essentially heavy cavalry, differing from hussars because of that. French dragoons (correct me if I'm wrong) were used as mounted infantry and not as cavalry. The hussars were very different from dragoon due to their different roles. Medieval Hussars were heavy cavalry, later varients were light. There really were not that many similarities between the two ages of hussars.

Hussars were "all purpose" cavalry. They were better trained and equipped than, say, Cossacks (who were mostly used for raids). As such, hussars could do most cavalry jobs (i.e., attack, and above all, pursue broken infantry), using mainly lances.

Later on, more specialized forms of cavalry were developed. Dragoons could use both carbine and sword, and fight on foot, as well as on horse. As such, they were better trained and equipped than hussars, but it was hard to "mass produce," them so they were deployed in relatively small numbers.

Cuirassers were the best trained and equipped (elite) cavalrymen, and were the scarcest of all. But most armies found masses of (non elite) hussars more useful than a handful of elite cuirassers or dragoons.

Not the answer you're looking for? Browse other questions tagged military europe cavalry hungary or ask your own question.

6
Were the “hussars” that Jan Sobieski used at the battle of Vienna actually elite troops?

8
How would Eastern European emigres have traveled across Eastern Europe to Warsaw in the early 20thC?
12
Were there any battles in Continental Europe that were decided by “peasants with pitchforks?”
6
Were the “hussars” that Jan Sobieski used at the battle of Vienna actually elite troops?
2
Why the Black Death took longer to appear in Eastern Europe than in Western Europe
5
Why did cavalry keep becoming a thing if spears were always around?
0
Is there a source for Medieval army composition and tactics across cultures?