Is there a relationship between Gobekli Tepe and Stonehenge?

I was just reading an article about Stonehenge and about how the archaeological community is essentially agreed that the builders were a people who came from Anatolia (Turkey) around 6000 years ago.

In looking at the pictures of Stonehenge and Gobekli Tepe side by side, it struck me how similar the two are. Huge monolithic stones of roughly the same size stood upright and placed in concentric circles, with the upright stones cut in very similar ways, although oriented along the circle (Stonehenge) instead of in perpendicular (GT).

So a question for the history/archaeology experts here - has anyone considered the possibility that Stonehenge is a sort of "descendant" of Gobekli Tepe, built by a people whose ancestors built similar structures in their homeland, and perhaps for similar reasons ? 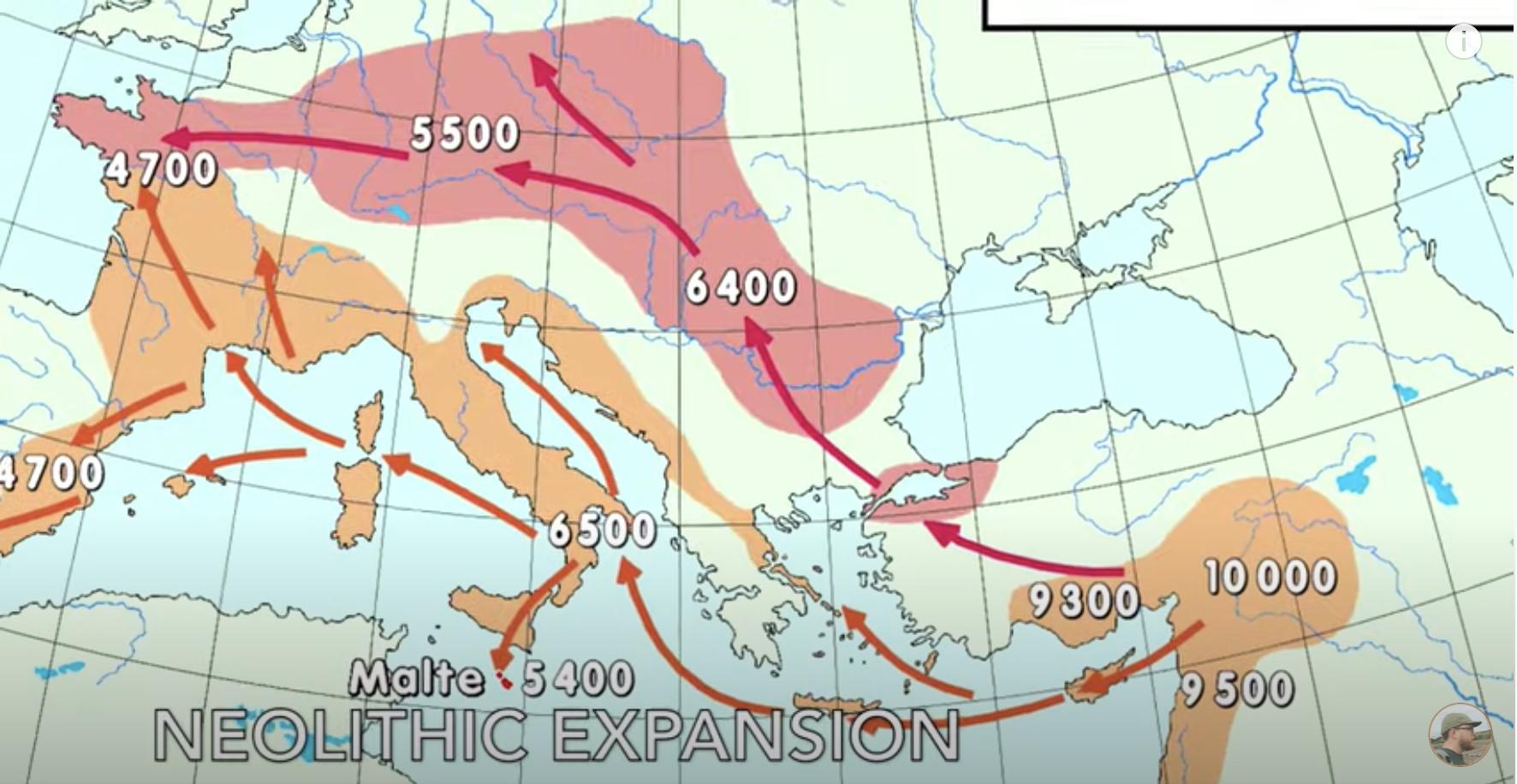 As others have pointed out in various comments, a connection between the two sites is extremely unlikely. In particular, Stonehenge became a cultural center only around 3100 BCE, 5000 years after Göpekli Tepe was abandoned (unless you count the Mesolithic layer which was very different from the later monument). What is more, the locations are some 3000 km apart; if all this was a homogeneous cultural area, you would expect to see some evidence in the areas in between.

The similarities between the remnants of the sites also seem somewhat superficial: While Göpekli Tepe is build of relatively small blocks with delicate artwork and with extensive stone masonry in between, Stonehenge is composed of huge blocks that were quarried far away but have not otherwise been worked. In particular there are no reliefs or sculptures as in Göpekli Tepe.

Both sites are very old, only the most durable materials are preserved. Most likely, both sites would have had extensive infrastructure and architecture around the sites that was not made of stone and has therefore deteriorated. The culture responsible tor constructing and maintaining Stonehenge in particular typically used wood as building material for houses, fences, etc as evidenced by other sites. Only looking at the impressive stone structures that remain may create the illusion of a similarity that would not have been there when the sites were still occupied.

Please also note the traditional archaeological categorizations: Göpekli Tepe belongs to the early Middle Eastern Pre-pottery Neolithic A, a culture on the brink of becoming sedentary and domesticating the first plant species (animals except for dogs came a bit later). Stonehenge belongs to the relatively late Western European Bell-Beaker culture, that was fully sedentary and on the brink of progressing from Stone age to Bronze age. From today's point of view, the difference may not seem like a big deal: But one is a cultural center in an area widely roamed by nomadic tribes and trying to make a sedentary living off archaic grains with a relatively poor yield. I am not sure if Göpekli Tepe could have survived on its own or if it, being a site of religious significance, lived partly off the contributions of (presumably mainly nomadic) visitors. The other one, Stonehenge, existed as a local center in an agricultural society; agricultural societies are much more territorial than nomadic cultures. The most impressive thing about Stonehenge is how they managed to bring the stone blocks there from 100km away; it is not so much the technological aspect that is stunning, but mainly how they convinced the locals to grant them safe passage and possibly even contribute to their effort. This is not something that is commonly done in archaic agricultural societies: If you lived on one end of a valley, you would not dream of hiking to the other as this would recklessly endanger your life. In all, this suggests some sort of wider political unification in this region of England at the time. (To get the feeling how both nomadic and sedentary archaic societies worked, I would recommend looking into anthropology, or, more as a accessible read, possibly Jared Diamond's "The World until Yesterday").

The same culture built both Gobekli Tepe and Stonehenge. Anthropologists know them as EEF (early European farmers) who were a combination of Western Hunter Gatherers and Natufian peoples.

The religion of EEF peoples is generally considered to be rather similar, and indeed these mesolithic religions are not dissimilar to those of neolithic paganism more commonly understood.

I very much doubt they were the same tribe or anything, but the people who built GT were genetically similar to the Stonehenge builders, albeit with more WHG admixture.

Not the answer you're looking for? Browse other questions tagged britain turkey or ask your own question.

13
Interaction between Ataturk and Lenin
2
Why was there such tension between the Ottoman Empire and Russia during the Armenian genocide?
19
Was there significant interbreeding between Romans and Native Britons?
7
How many tons of bombs were dropped on Britain between 1940 July 10 and September 7?
5
What's the difference between Potur and Şalvar?
2
How many RAF and USAAF/USAF airfields were built in the UK between the mid-1930s and 1960?