When did Soviet authorities first plan/conceive of migrating their industry if war broke out?

This comes from a related question. It seems Germany never conceived of the possibility that Russia might migrate its heavy industry to safe locations beyond the Urals. So now I want to know if Soviet officials always had this plan, or if it was suddenly thought up at the last moment.

When was the migration plan first mentioned? What is the earliest written record? Did Stalin or Voroshilov always have this backup plan ever since 1933? (the year Hitler came to power.)

Or, did no one ever think of it until suddenly Barbarossa was launched? That would be pretty tough to believe IMO, but if there's no mentioning of it by anyone until June 1941, I guess we would have no choice but to believe it.

According to Philip Boobbyer in The Stalin Era,

The transportation of industries to the east was a feat which the party’s highly centralised structures were well suited for (Lieberman 1985: 71). It was nevertheless not a smooth operation, and was largely improvised. Sometimes, evacuated goods were simply dumped to permit empty trucks to return to the front.

John Erickson, in The Road to Stalingrad, says pretty much the same thing:

There had been only scant pre-war contingency planning, there were no actual plans for any strategic industrial withdrawl into the eastern hinterlands

the GKO created a Council for Evacuation to relocate these plants eastward to the Urals and Siberia. The task of coordinating this massive undertaking fell on N .A. Voznesensky, head of the Soviet industrial planning agency GOSPLAN....on 4 July he won approval for the first war economic plan. The Council's deputy chairman, the future premier A.N. Kosygin, controlled the actual evacuation.

Despite this massive effort, there were huge losses in industrial capacity as the German advance was so rapid, even though

in the second half of 1941 a monthly average of 165,000 railway truckloads of industrial equipment rolled eastwards.

As further evidence of the lack of advanced planning, Glantz says:

All this machinery arrived in remote locations on a confused, staggered schedule with only a portion of the skilled workforce...Somehow the machinery was unloaded and reassembled inside hastily constructed, unheated wooden buildings.

Even allowing for the hyperbole so common to Soviet accounts, this massive relocation and reorganization of heavy industry was an incredible accomplishment of endurance and organization.

Note: highlighting is mine

The following shows that Soviet leadership had been aware of the strategic risk they faced due to the concentration of vital industry in the west of the country for many years and had been investing in the rapid development of the interior and east as a precaution against attack from enemy airpower. The evacuation of existing industry, however, had not been part of this plan. As the threat of imminent war against Germany grew in 1940, there is some evidence that a limited movement of some key industrial assets was begun at that time. Two days after the invasion, the evacuation of industry was placed on a formal footing, with central control overseen by a newly established Evacuation Committee. It also appears, on occasion, that some local authorities took matters into their own hands and organized evacuations on their own initiative.

"Caught off guard by the German invasion on 22 Jun 1941, the Soviet regime was soon confronted with the increasingly grim prospect of defeat. The situation in the field was critical enough. However, the ever-mounting territorial losses, serious in themselves, presented an additional deadly threat to the USSR's ability to continue to wage war. The areas already lost, or in danger of being lost, were rich in mineral, agricultural, and human resources and formed the heartland of the Soviet industrial complex. The loss of natural and human resources, while a very serious matter, could have been survived since the Soviet Union had other supplies of those resources, at least in minimally sufficient quantities to continue its wartime struggle. But the loss of a major portion of its industrial strength would have been a different matter. The Soviet leadership in the late 1930s had clearly realized this, and had begun to devote considerable attention to the rapid development of a second major industrial complex in the eastern regions of the USSR -- well out of the reach of enemy airpower. Although some positive results were achieved, not nearly enough had been done by the time of the outbreak of hostilities to enable the eastern regions to carry the burden of wartime industrial production. Thus, for the Soviet regime to survive, it had to move quickly to evacuate as much as possible of its industrial resources from the actual and potential war zones to the deep rear."

-- The Evacuation of Industry in the Soviet Union during World War II, by Sandford R. Lieberman 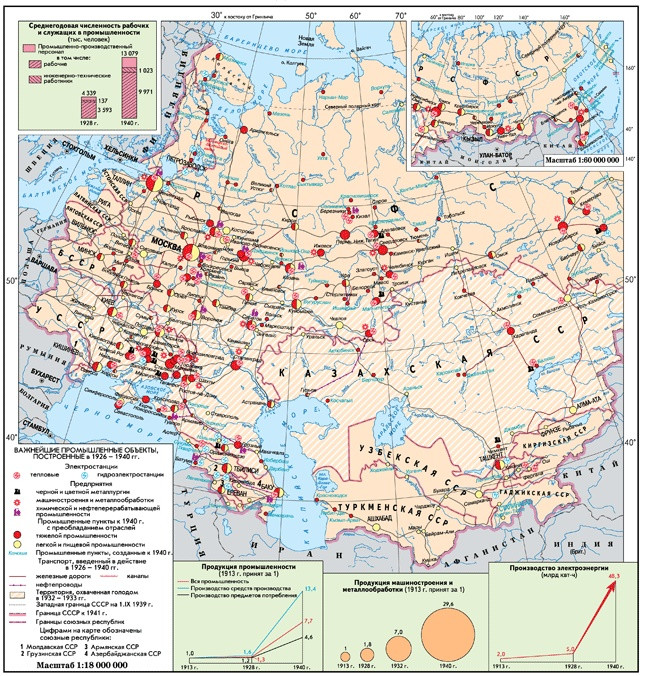 "Two days after the start of the war, when the reality of the enemy's capture of a number of Soviet cities became indisputable in line with the setbacks on the front, the question arose of the need to direct evacuation from the frontline zone. The idea of organizing a body with such functions had never occurred previously.

Evacuation commissions were formed in the people's commissariats, the frontline republics and oblasts, while evacuation points were set up at major railroad junctions, stations and sidings responsible for the prompt receiving and dispatch of trains (transports) carrying personnel, equipment and materiel. Responsibility for the location, rapid reconstruction and starting up of the evacuated enterprises was entrusted to the Deputy Chairman of the USSR SNK and Chairman of the USSR Gosplan, N.A.Voznesenskiy." 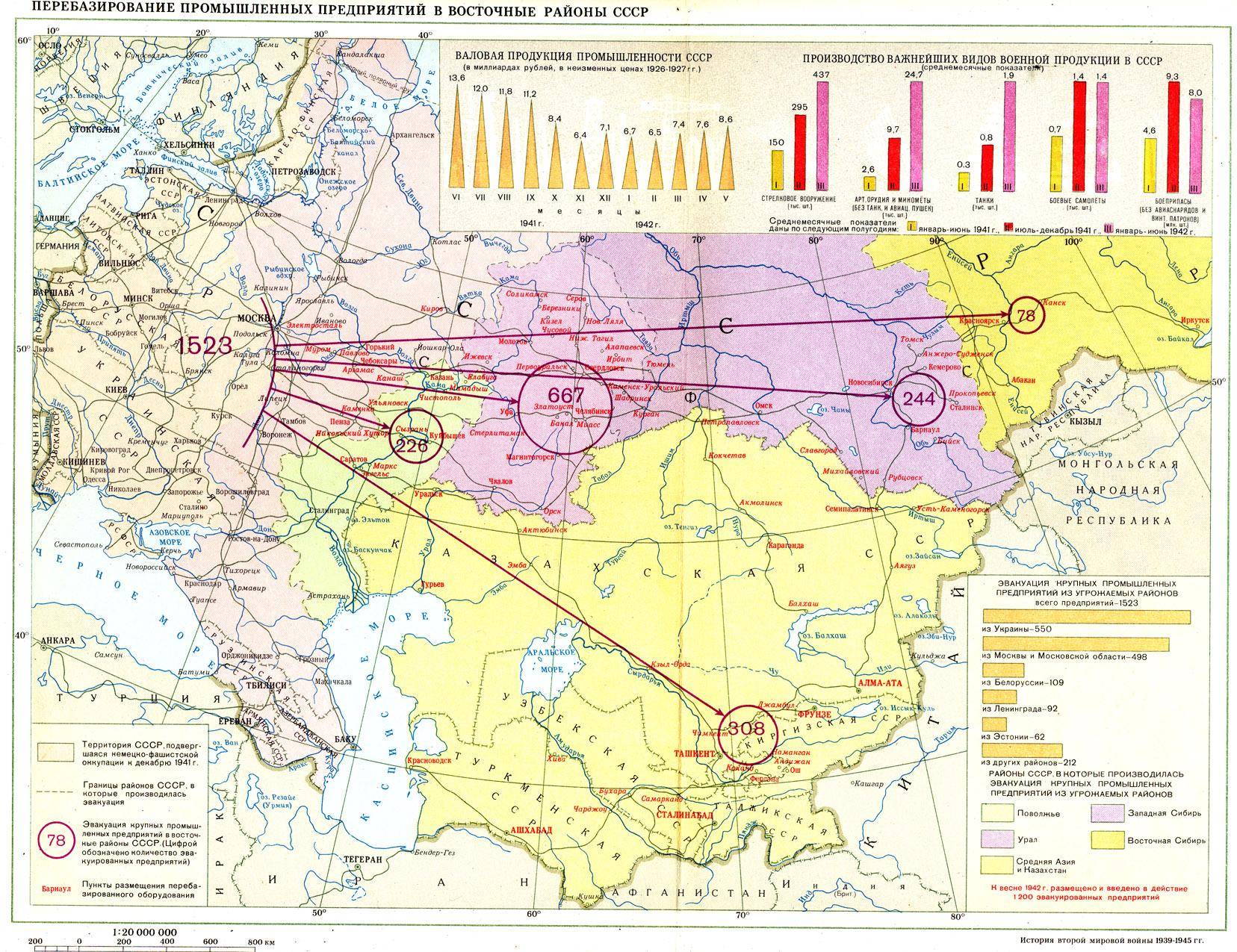 "On June 24, 1941, the Council for Evacuation was appointed. On July 4, 1941, the Council ordered Voznesenskii, director of five-year planning, to organise the movement of industry and workers to the east. Local committees used the five-year plan structure with 3,000 agents controlling the movement. Evacuation of industrial plants began in August 1941 and continued until the end of the year. But evidence shows evacuation began much earlier, or at least the transfer of machine tools and skilled workers to "shadow factories" in the east. The US military attache reported significant transfers of machines and men from the Moscow area to the east in late 1940 and early 1941. The rapid growth in production in early 1942 suggested that the evacuation had started in 1940. The tempo increased in August 1941.

Evacuation began with a recommendation from a local agency to the commissariat of the appropriate industry. After investigation, the recommendation was approved by the Evacuation Council and placed on a schedule giving the date, method of transport, and relocation site. In addition, unapproved evacuations took place on the initiative of local authorities." 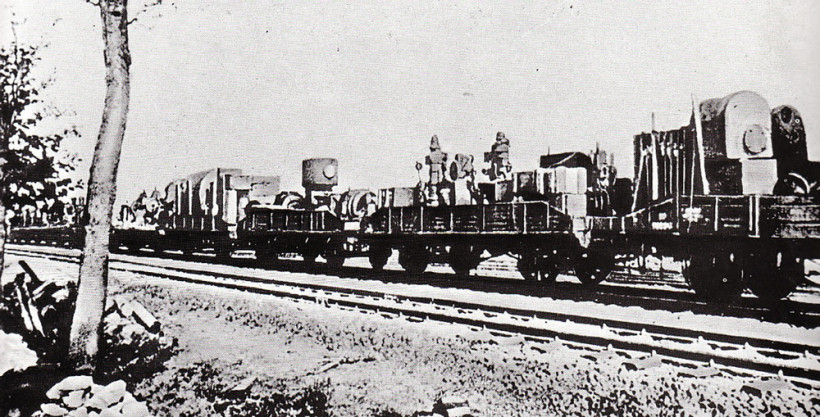 Not the answer you're looking for? Browse other questions tagged world-war-two soviet-union industry or ask your own question.

27
When planning Barbarossa, did Germany conceive of the Soviet migration of heavy industry?