This 10 zehn heller , which I believe at the top on the reverse says "Notgeld" but it is really hard to make out.

The date looks like "1827" but is probably 1923 and it seems to have a wood grain texture to it. Can anyone give me more information on this piece? 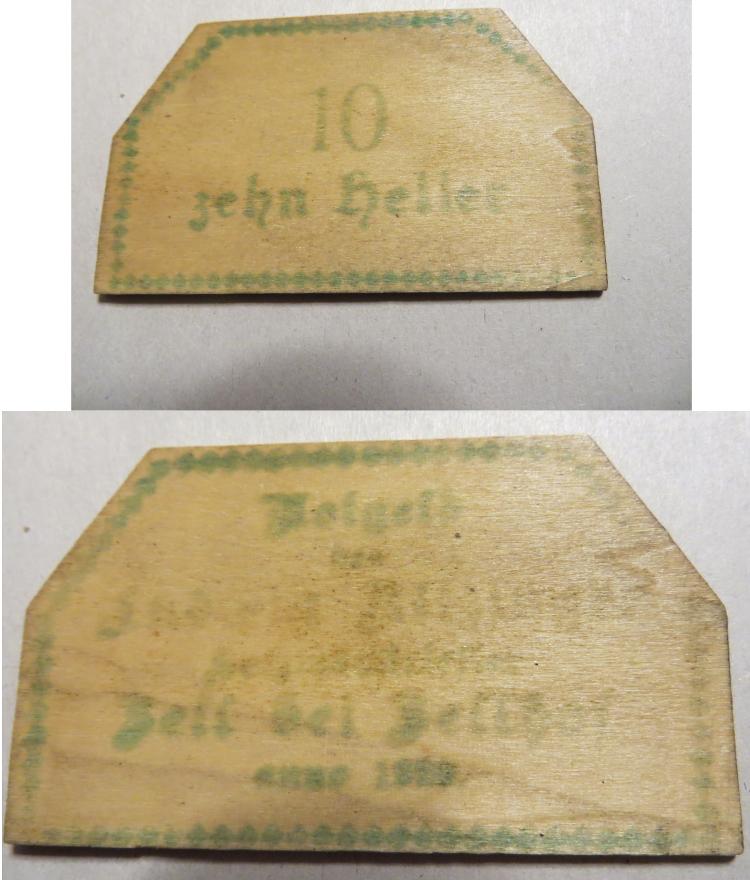 This is a piece of Notgeld from Austria. A little catalogue can be found here or here. At that link you find pictures like this: 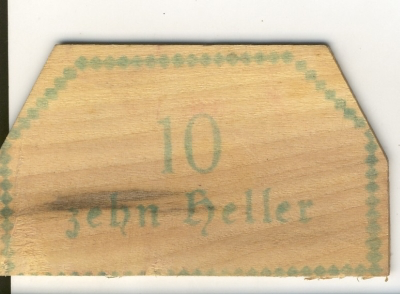 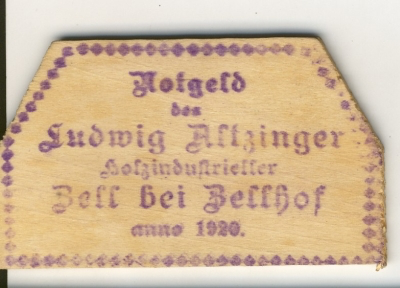 It is indeed made of wood and now quite scarce to find. The "made of wood" is emphasised if the full transcript is readable:

The type of wood seems veneer. More general background for the financial and economic situation of and in Austria shortly after the war is at Notgeld 1918–1924. Heller is the 100th part of the official currency Krone during the Habsburg monarchy, backed by gold. These pieces were issued locally by an 'industrialist in wood' (Holzindustrieller) who had an ample supply of wood in Zell (now Bad Zell).

Inflation in Austria began much earlier than in Germany. In Austria the value of the Krone went down from the start of the war and inflation reached 1500% by the end of the war compared to 1914 (officially the German Mark just had a rate of 200% up to 1918). This type of money was in official circulation until October, 1st 1921, but lost any real world value before that date.

Not the answer you're looking for? Browse other questions tagged economy money austria or ask your own question.

58
Has there ever been a non-rectangular banknote?

5
Did the Austrians win a "great victory" at Belgrade in 1738?
7
What were acceptance criteria/process to the Vienna Fine Arts Academy in 1906-7?
12
Purpose of Guinea in British monetary history
11
Why did Britain decide to issue perpetual bonds during Napoleonic era?
4
Was Wolfgang Amadeus Mozart ever called “Wolfi” or “Wolfie” by his wife?
4
How did Romans know if their money was debased?
8
Did indentured servants in British North America have job security?