1985 magazine cover about Strategic Defense Initiative - Who is Darth Vader?

Here is a the cover of the French magazine "Science&Vie", dated February 1985. The lead article, "La Paix des Étoiles" (Star Peace) is obviously about the Strategic Defense Initiative. February 1985 is about two years after President Reagan's announcement of 23 March 1983 whereby the SDI program was officially announced. At that point, the immense technological hurdles to a successful missile defense were becoming evident (a critical article came out in Scientific American in October 1984), so the article is likely laying out why success is not going to come quickly.

It is unclear to me who the gentleman in the Darth Vader costume is supposed to be. It is not one of the usual suspects, George Schultz, Edward Teller, Daniel O. Graham, Caspar Weinberger, William Buckley. Who could it be? 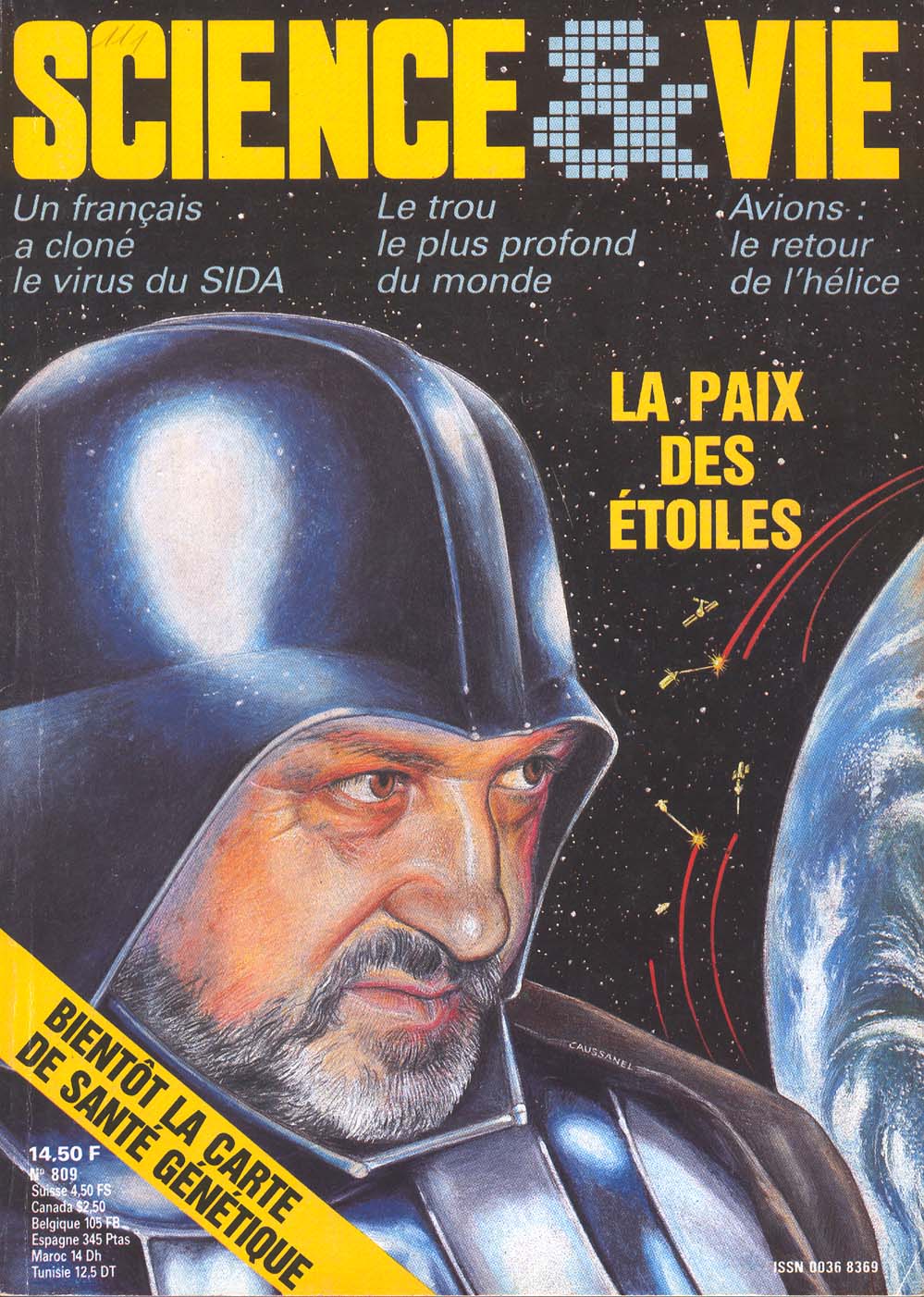 This might be French minister of defence Charles Hernu: 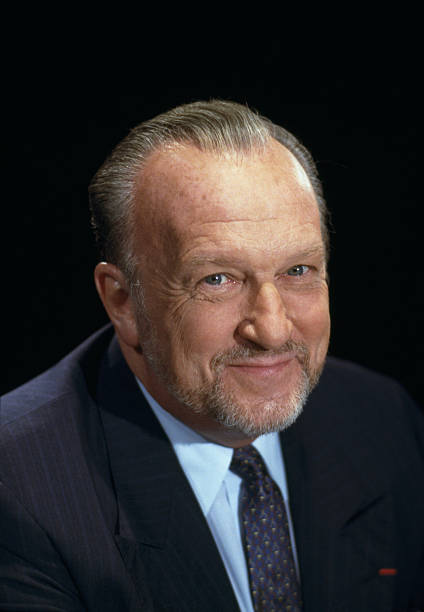 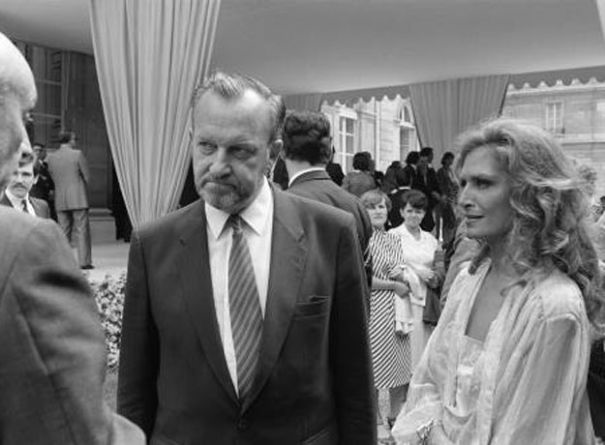 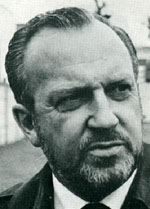 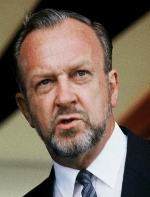 He is on record for being quite a vocal French critique of SDI, from a political as well as a technological viewpoint:

Despite France's concerns about the technological spinoffs that would result from SDI research, French officials reposed little confidence in the technological feasibility of SDI itself. Upon returning from a trip to Washington in the spring of 1985, French Defence Minister Charles Hernu expressed his views that the SDI defence envisaged by the Reagan Administration could, in 15 to 20 years time, be, at best, only 90 percent reliable. "Therefore," he remarked, "the system is not reliable.[…]
We cannot be certain that the balance achieved by deploying defensive systems and reducing offensive weapons would really be stable. Who can believe, indeed, that the two protagonists would not agree on at least a sufficient number of offensive weapons to saturate the enemy's defences? If such were the case, would the factors of stability really be any different, since, when all is said and done, each power would retain the ability to inflict unacceptable damage on the enemy?[…]
Hernu expressed this in February 1985 when he argued that: "Were such systems to be deployed, there is every reason to think that the old dialectic of the cannon ball and the armour would then apply to nuclear weapons, which until now have been spared from it, precisely because any show of force involving them was unthinkable."

That looks to me as concerning a French peace of the stars, Hernu would be a usual suspect for the first half of 1985.

Entering the interpretive and speculative territory of reading the artist's mind:
The minister of war is for most left leaning artists a bad guy, the year 1985 later bore proof, that this Charlie was not Mr Niceguy as in the biggest picture above. Since the French play on words with peace of the stars makes this confusing: equating SDI with Star Wars is also confusing in the first place: Reagan building weapon platforms in space, aka little Deathstars, since that would make the Soviet Union the Rebellion. Surely not the intention of the US journalists, or was it?
Painting Hernu in Vader costume then makes even more sense, after Last Jedi was known. The quotes above do not make it perfectly clear, but the full reference will, that he, as many French, was against SDI, but mainly against a purely American SDI. The French wanted a piece of the action, even though the proposed ineptitude of really protecting anyone against communist missile attacks. Opposing US-SDI – as it was – was also motivated by the fear of falling technologically behind.
Complaining against Star Wars publicly was only the passive public part of peace-loving in that scenario. Appeasing both your own public and the Soviets. An active countermeasure for the perceived potential of technological progress trickling down from anything "Space" was that US-SDI inspired the EUREKA programme led by France and Germany, which had a big supporter in Hernu. That would make Reagan the Emperor and Hernu the second Sith trying to depose his master, to rule the galaxy. But do not ask me to stretch this into who would then be Luke…

Not the answer you're looking for? Browse other questions tagged military cold-war nuclear-weapons or ask your own question.

7
About Naval Formations?
28
What do the modern Japanese people think about the atomic bombings of Hiroshima and Nagasaki?
6
Examples of defense without walls
3
What did Kennedy know about Soviet missiles during the Cuban missile crisis?
16
Are there military commanders other than Khalid ibn al-Walid who have never been defeated?
3
Who made these comments relating to the use of the atomic bomb?
6
Has the Arab League created a Joint Defense Council and a Permanent Military Commission?
14
Who was Richard of York at the Battle of Grunwald?