How long did it take to get news of the sighting of the Spanish Armada from Land’s End to London?

When the Armada was sighted, fire beacons carried the warning from Land’s End (western tip of Cornwall) to the rest of the country (this link has some details on how the system worked). 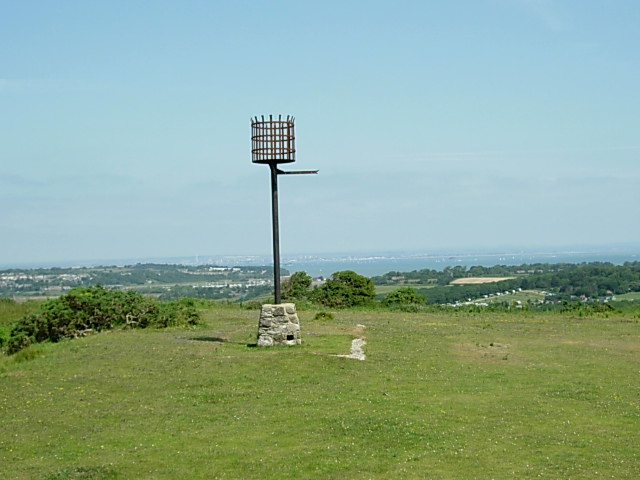 "Armada Beacon on Culver Down with Spithead in the background." Photo © John Garfoot (cc-by-sa/2.0)

In trying to find out how long the news took to reach London, I came across a mass of either vague or seemingly contradictory information. Several sources simply state “fires springing up along the headlands” or “from headland to headland, the smoke towered skyward” or ““leaping from hill to hill”.” All very dramatic, but not very helpful.

This is a little more helpful:

News of a landing on the south coast could, with luck, reach London within the hour, with fuller details following on, carried by a string of post horses.

But where from? There is over 300 miles (482 Km) of 'south coast', from Cornwall in the west to Kent in the east, the latter being much closer to London than the former.

The south coast of England. Attrib: By XrysD (Own work) [CC BY-SA 3.0 (https://creativecommons.org/licenses/by-sa/3.0) or GFDL (http://www.gnu.org/copyleft/fdl.html)], via Wikimedia Commons

A very specific time is given by a user on a Lord of the Rings fan site (discussing how long it took to get a message from Gondor to Rohan):

Despite claiming to cite “historical facts", no source is given for this, and it seems improbable given that at least twenty beacons had to be lit between Land’s End and London (assuming 15 miles (24 km) between each beacon).

More believable is this from the National Trust:

It is said that in 1588 it took 12 hours for the news that the Spanish Armada had been sighted to travel from the south coast of England all the way to York.

Is there anything in the historical record to tell us how long it took news of the sighting of the Spanish Armada to get from Land’s End to London?

If not, has anyone with an in-depth knowledge of the Elizabethan beacon system, the terrain, the weather and any other relevant factors come up with an estimate?

It seems to me that there are a number of variables to this, many of which would vary from beacon to beacon, so getting an 'accurate' transmission time for the information is going to be almost impossible.

We know that the Spanish fleet were sighted by Captain Thomas Flemyng near the Lizard on the 19th July 1588 (State Papers relating to the Defeat of the Spanish Armada, NRS, Vol 1) but there's no clear record of where this information came ashore.

In passing the information the following variables would determine the total transmission time (assuming that only beacons are used and that the 'message' itself travels between beacons at the speed of light).

In the case of variable one, the distance determines the number of beacons that have to be relayed through. The more beacons between the source and destination the longer the process takes.

For variable two, once a watcher (i.e. the person watching for the previous beacon in the chain) has seen a signal, they need to light their own beacon. If there is a pilot fire going then this should take a few moments. If they have to use another method (such as flint and steel) to start the fire, it could take a few minutes depending on the conditions and the competence of the person. [An article notes that the beacon fires used pitch-soaked rope instead of wood as these were easier to light in all conditions and produced more smoke].

Variable three will be dependent on a few factors. The time of day will play a big part. At night it's the fire itself that would be visible. In the middle of the day, the beacon's fire will not stand out so much so it's more likely to be any smoke that's spotted. The beacon needs to burn large and bright enough to be visible over a distance of several miles, and during the day establish a solid trail of smoke to do likewise. Weather is also a factor. Rain or fog will make the fire harder to establish and reduces contrast & visibility making the beacon harder to spot.

It's the fourth variable that introduces the biggest variation in timing. An attentive watcher, in good weather at night might notice the beacon within moments of it becoming sufficiently established. However, if people manning the beacon are at the end of a long shift on watch and have got sleepy or distracted and the weather is raining or foggy, then it might take minutes (or longer) for the lit beacon to be noticed.

So in ideal circumstances, it could take less than a minute per beacon for the message to travel along the chain. In the worst case, it might never arrive at all.

The distance from Land's End in Cornwall to London is 263 miles (in a straight line). Assuming that the path of the beacons is unlikely to be an exact straight line, let's take an estimate of 300 miles for the "journey". With beacons on hills 5 miles apart, since Southern England isn't blessed with mountain peaks that are visible over tens of miles. Also the information is also going to be passed along the coast to inform the waiting English ships in their ports. This gives around 60 beacon stations for the message to pass through from Cornwall to London.

FWIW: From years of cooking on open fires in the bush, it is not an instant to go from candle to conflaguration. Under exceptionally dark nights, you can see the flare of a match from a long distance. At night it may be sufficient to have a dark lantern, and open the shutter of it. I would normally think of making a pilot fire (candle or lamp) into a easily visible at 15 miles fire to take several minutes.

In day it is somewhat easier, as a fire kept burning can be turned into a column of smoke very quickly by dumping green vegetation, wet grass or straw on it.

The Armada is far more likely to be seen in daylight. No sensible captain wants to be close to a not very well known shore in darkness, so if at all possible they would have been well out at sea -- you would want to be further from shore than your maximum likely error dead reckoning. I would hazard a guess of at 10-15 miles off shore. At this distance, you can see land murkily from the deck, more clearly from the masthead.

So the night transmission problem would only occur if the the fleet was spotted late in the day, near or after sunset. (Right after sunset, the ship's rigging would be silhouetted against a bright sky. if anywhere vaguely toward sunset from the observer. )

Using heights would be essential. At 15 miles, there is about a 200 foot drop in the horizon. You would need to around 100 feet above sea level to even see the rigging tops. A sight path that goes near the ocean surface is badly distorted by changes in temperature and air density.

(When I was canoeing in Canada's north, from eyes 3 feet above water level I could distinguish trees as being individual trees up to about 3 miles. At 6-8 miles headlands became silhouettes. And around 10-12 miles you'd get mirage effects, and only the tallest land forms would stand out. Now, nearly all my visual path was in the disturbed layer, but it illustrates the problem.)

In either night or day transmission, you need a visibly large contrasting signal to be absolutely clear and unambiguous.

When the Canadian Geological Survey was laying out the primary set of triangles or mapping Canada, their maximum fetch was about 20 miles. They had portable towers that they would erect on hill tops, then use a lantern on top at night. This allowed a very accurate angular bearing to the next tower.

Lets suppose an average leap of 10 miles. The message cycle works something like this.

Add to this: Some fraction of the time, the watcher is paying more attention to Cecil's stories about the new wench at the local pub than watching, or is taking a piss. So lets suppose on the average it takes 5 minutes for a station to repeat the signal.

This is 12 stations an hour. With an average spacing of 10 miles this would be a net speed of 120 miles an hour.

Not the answer you're looking for? Browse other questions tagged england spain communication early-modern or ask your own question.

3
What capabilities did Southern soldiers in the American Civil War have to get news about the North?
8
How long would a letter take to arrive in England from America in 1890?
19
How long did it take for a letter to arrive in England in the 1830s?
2
Long time to reach news in Thirty Years' War
14
How long did it take mail to get between Madrid and Mexico?
16
How many British navy officers were from lower classes at the end of 18th century?
6
How long did it take to bind a book in 13th century England?
7
Was there a contemporary understanding that 1706 was an exceptionally poor year?
1
Why did no one take Siberia over before the Russians, and how did they do it?