Why did Ancient Greek religious monument (herms) have genitalia?

Around the Acropolis in Athens, there are lots of marble monuments like the one below. I don't recall whether I read on a plaque, or whether it was my own inference, that these were installed by ancient worshipers as offerings or personal memorials to the gods. It seems that the main parts of the sculpture are the head and the genitals—the latter being something I wouldn't be inclined to include on monument to myself. What's going on with that? I'd appreciate if someone could help make “the strange familiar” in this case. 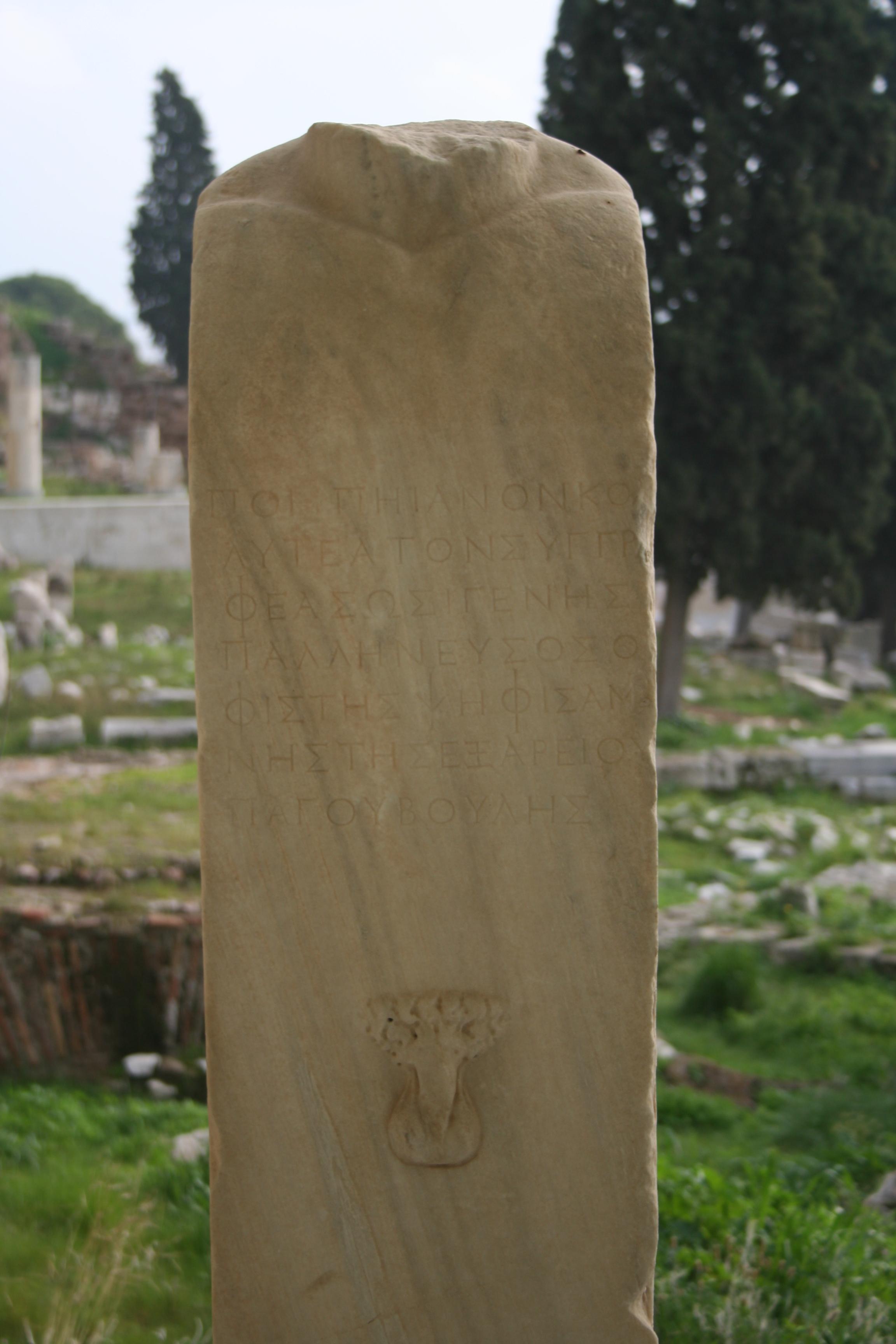 Sex and nudity weren't as taboo then as they are now - particularly since the puritan Victorian days.

Olympic athletes, for instance, raced naked. Homosexuality was pervasive enough to have been called "the principal cultural model for free relationships between citizens." And sex practices were creative enough to have left an actual word behind for oral rape.

People would not be walking around nude day in day out, mind you. There were some conventions ... that were sometimes turned on their head. For instance by the Cynics:

Some later authors, such as Apuleius and Augustine, report that Hipparchia and Crates consummated their marriage by having sex on a public porch. Whether the tale is accurate or not, they were known to conduct themselves in all respects according to the Cynic value of anaideia, or shamelessness. The story of Hipparchia’s Cynic marriage quickly became the premiere example of that virtue, which is based on the Cynic belief that any actions virtuous enough to be done in private are no less virtuous when performed in public. As exemplars of anaideia, Hipparchia and Crates influenced their pupil Zeno of Citium, the founder of Stoicism. His Republic advocates the equality of the sexes, co-ed public exercise and training, and a version of “free love” wherein those wishing to have sex will simply satisfy their desires wherever they happen to be at the moment, even in public. Stoic ethics were generally influenced by Cynic values, such as self-sufficiency, the importance of practice in achieving virtue, and the rejection of the conventional values attached to pleasure and pain. The Stoics also advocated living according to nature in the sense of conforming one’s own reason to the dictates of the rational natural law.

As to why no arms, legs, or torso musculature are shown, the wiki entry on Herma, which is the name of such statues, offers that:

In the earliest times Greek divinities were worshiped in the form of a heap of stones or a shapeless column of stone or wood. In many parts of Greece there were piles of stones by the sides of roads, especially at their crossings, and on the boundaries of lands. The religious respect paid to such heaps of stones, especially at the meeting of roads, is shown by the custom of each passer-by throwing a stone on to the heap or anointing it with oil. Later there was the addition of a head and phallus to the column, which became quadrangular (the number 4 was sacred to Hermes).

Hermes was a phallic god, associated with fertility, luck, roads and borders. His name perhaps comes from the word herma referring to a square or rectangular pillar of stone, terracotta, or bronze; a bust of Hermes' head, usually with a beard, sat on the top of the pillar, and male genitals adorned the base.

Building off of Denis's answer, there was a lot of imagery of detached phalloi (plural for phallus, or penis) in ancient Greece. Here is a vase image of a woman watering a phallus garden. Some processions (like the Pompe before the Festival of Dionysus) even included pushing carts with giant penises on them that people would decorate with flowers. As noted above, the culture was very fine with images of male nudity, so this wasn't particularly unusual.

Also, I don't know the date of that monument, but in classical Athens, women weren't out in public much.

Thank you very much for the high resolution image. As far as I can tell, the inscription reads:

This looks like an honorary inscription set up by vote of the boule of the Areopagus (ΨΗΦΙΣΑΜΕΝΗΣ ΤΗΣ ΕΞ ΑΡΕΙΟΥ ΠΑΓΟΥ ΒΟΥΛΗΣ). Two names are mentioned, followed by the name of their deme and their profession.

The name Pompeianos would suggest that this could be from the Roman era, possibly even AD. The deme Kollytos (Collytus) had been one of the richest deme in Athens and was located within the city walls. The deme Pallene was outside the city walls, possibly along the road to Mesogeia.

Not the answer you're looking for? Browse other questions tagged ancient-greece religious-history monument or ask your own question.