What is the origin of straight municipal boundary line in NJ?

If you look at a map of the municipal borders of New Jersey, you see a clear line mid-state running northwest to southeast. It's about halfway between NYC and Philadelphia. What is the historical origin of this line? 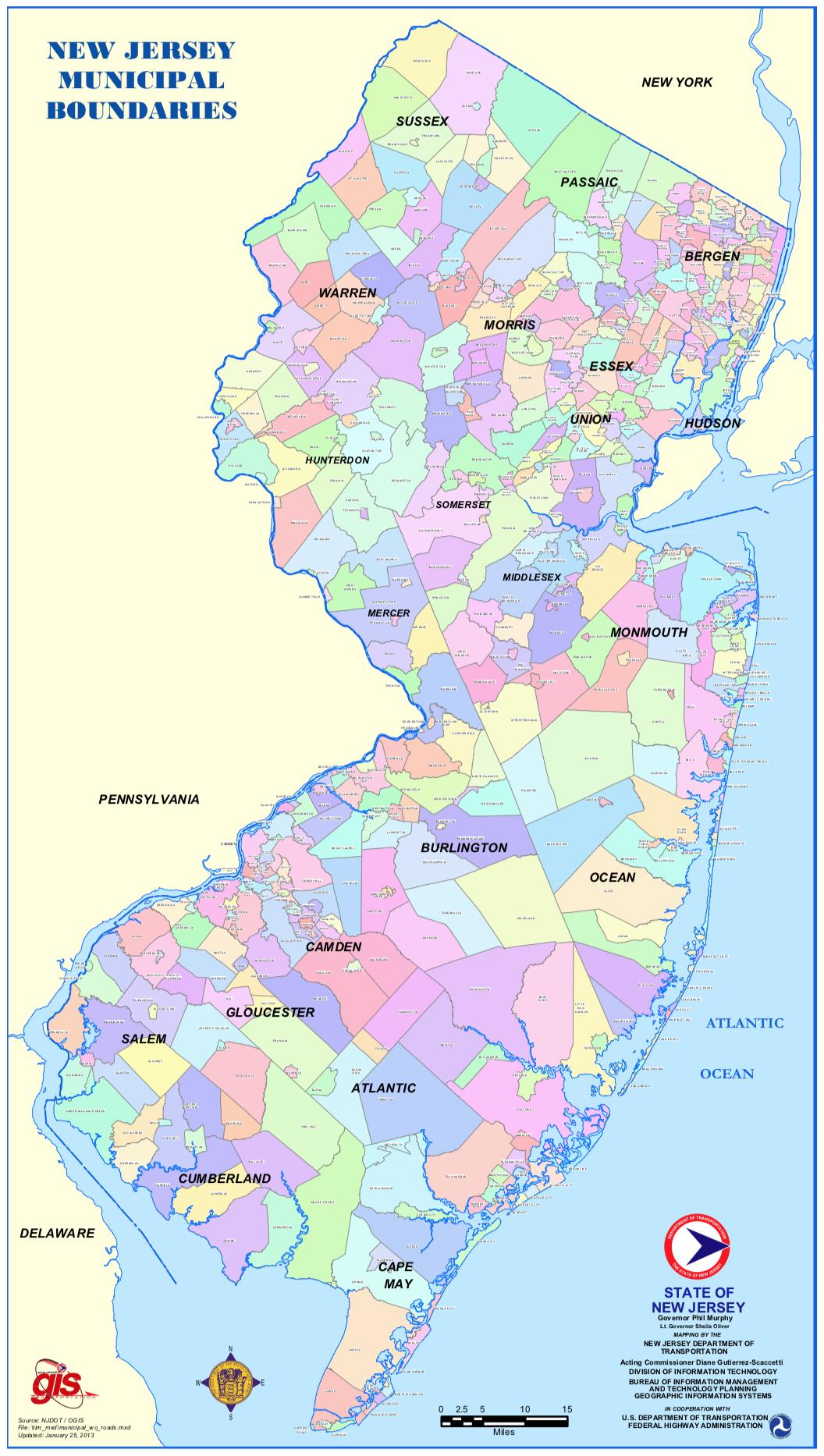 Note that a map of county boundaries won't show this line.

This map was taken from state.nj.us

The Keith Line was the result of the East Jersey Surveyor-General's attempt to settle disputes "resulting from the 1676 Quintipartite Deed, which created the two territories". This was adjusted around 10 years later, with George Keith hired to survey the new (straight line) line decided upon by the commissioners of East and West Jersey.

George Keith, born in Scotland in 1638, was a Quaker missionary who emigrated to America in 1684 with his wife, possibly because of years of "persecution and repeated imprisonments" in Scotland and England for preaching "about the 'errors' in the teachings of mainstream Christian churches". It is actually for his writings and for leading a schism in the Quaker movement that he is best known, rather than his activities as a surveyor.

"runn from ye north side of ye mouth or lnlett of ye beach of little Egg Harbor on a streight Iyne to Delaware River north north west and fifty minutes more westerly according to natural! position & not according to ye magnet whose variation is nine degrees westward."

Barclay and Keith, both Quakers, had been close associates in Scotland. According to the article How a man named Keith took a long walk and defined N.J. forever,

Keith sought to complete the first surveyed boundary between the two provinces, which had been in dispute.... Keith carved a line from what is now Little Egg Harbor in Ocean County to the south branch of the Raritan River in Warren County. He would have gone farther, but by that point, many had started to claim that Keith was woefully off-course.

This, though, appears not to have been Keith's fault. Rather, it was that the commissioners' agreed line was claimed to be "not equitable" by Governor Daniel Coxe of West Jersey, and he and Barclay negotiated a new course for the boundary from the end of Keith's line to the Hudson River. Consequently, although

Keith's endeavor, more or less, had been a failure (the line was replaced by what came to be known as the Lawrence Line in the 1700s).... the line he cut through the heart of what is now New Jersey still stands today.

After this venture into surveying, Keith does not appear to have pursued this career path any further. He held various other jobs, including one as a teacher, but spent much of the rest of his life in dispute with other Quakers. He eventually became an Anglican and died in poverty in England in 1716.

Not the answer you're looking for? Browse other questions tagged united-states colonial-america boundaries or ask your own question.

30
Why are the USA and Canada's states border so straight?
6
Line houses and laws?
14
What is the origin of the American stereotypes about Swedish women?
6
What was the purpose behind Charles II's charter for Connecticut squatter settlements?
3
The boundary between New York and Quebec before the seven years' war of 1756‒1763
4
What's the origin of the legend that this rock formation in America had a 12th century Welsh Origin?