Can anyone identify this uniform, approximate year, and aircraft?

It's U.S. from the interwar years, but I don't know much more than that. 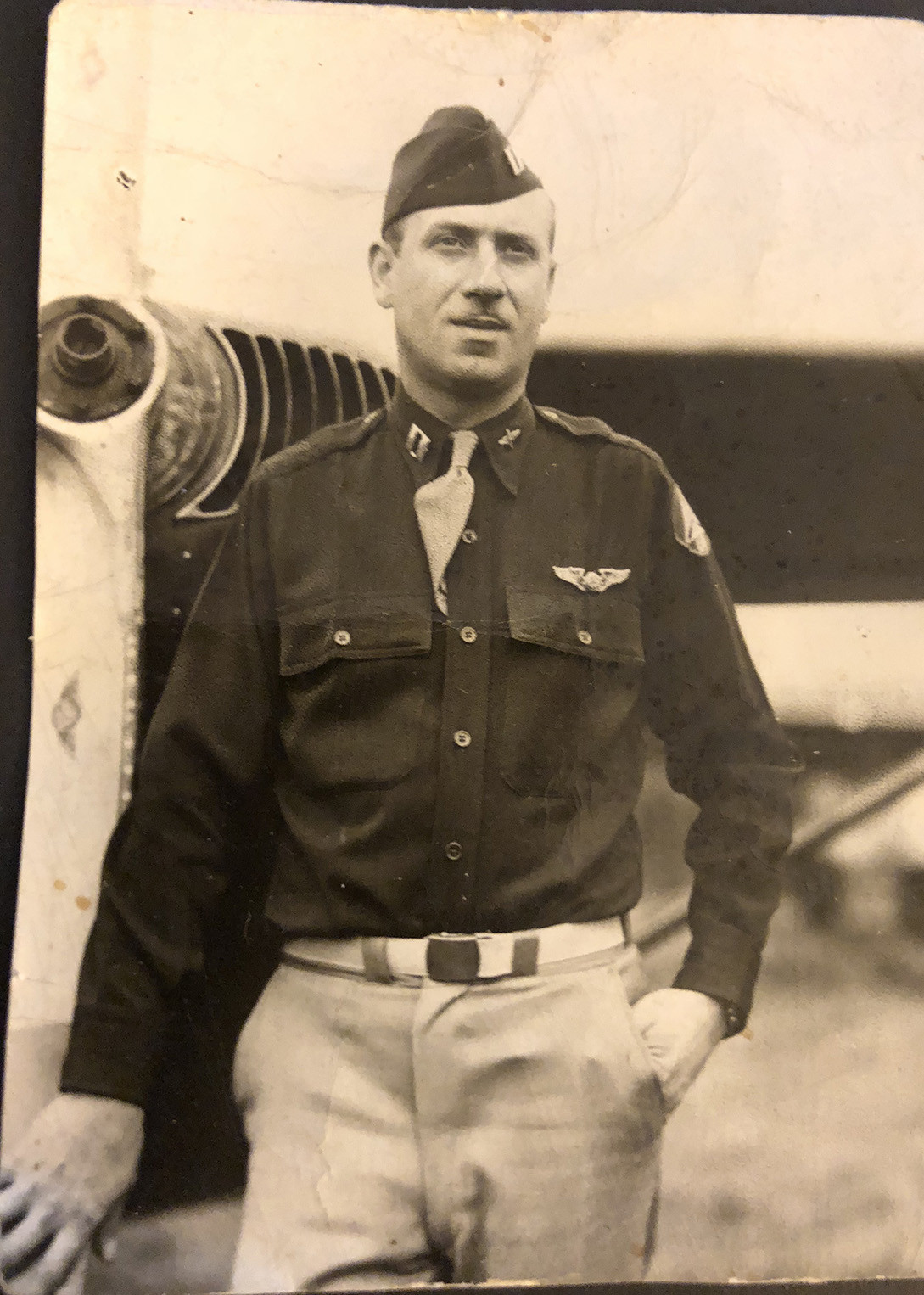 Having been a USAF Senior Historian Technician (792Xs/3HO71) from '84-'96, I've researched many similar queries over the years, and these were always some of my favorites to puzzle over. Even just getting a few clues right can help provide fun family history detail.

The uniform dates to the later U.S. Army Air Corps/U.S. Army Air Forces days, rather than the earlier (W.W. I-era) U.S. Army Air Service. What we see the Captain wearing is a 'combination' service dress uniform of the late 1930s to early 1940s, a mix of two different shades of complimentary uniforms issued in that era that later came to be known as 'pinks & greens' (dark olive and khaki tan, the latter of which was dyed of a certain tint that appeared slightly pinkish under certain light). Officers had the latitude to wear various mixes of the two uniforms (and accessories) at the time, while junior enlisted folks had a more standardized drab wool uniform. The "tucked" tie also indicates this is closer to the 1940s than the 1930s.

He sports aviator's collar brass which can encompass a variety of flying jobs, including association with Air Cadets. In his context as a captain he might have been a trainer of young aviation crewmen (possibly of the observer corps), and at his rank he could possibly even have held a lower-level command position of some kind. Typically one has to be a Major or above to be a squadron commander.

He does not wear the standard pilot's wings over his left breast pocket; these wings instead indicate he was aircrew personnel. For a pilot's insignia, there would have been a shield between the wings, and often initials U.S. inside it in some fashion (there were many variations). Instead of a shield, here we see a roundel-shaped emblem between these wings, most likely with the National Seal (the Eagle, Arrows and Olive Branch), which indicates air crew personnel (other than command pilots).

You mentioned the OX-5 club... The OX-5 was the powerplant used for the old Curtiss JN-4 Jenny (NOT the aircraft behind him), a primary trainer for pilots involved in World War I. His age indicates he would have served just before or during World War II (or more than likely, both to have the rank he earned). Chances are he flew Jennies for fun (plenty were used as barnstormers and trainers for civilian pilots) long before his association with whatever high-wing monoplane it is he's leaning against. Judging by the height and shape of the cowling and intake slats behind him, it does NOT appear to be a typical "L-Bird" (Liaison aircraft) of the time (Stinson, Aeronca, Taylorcraft or Piper).

Here's my best guess as to the type of wings he is wearing.

Not the answer you're looking for? Browse other questions tagged united-states military identification uniform aviation or ask your own question.