What is this Crimean Gothic Symbol?

As there aren't any archaeology or anthropology stack exchanges, this seemed like the best place to ask.

What is this symbol and its history in the West? 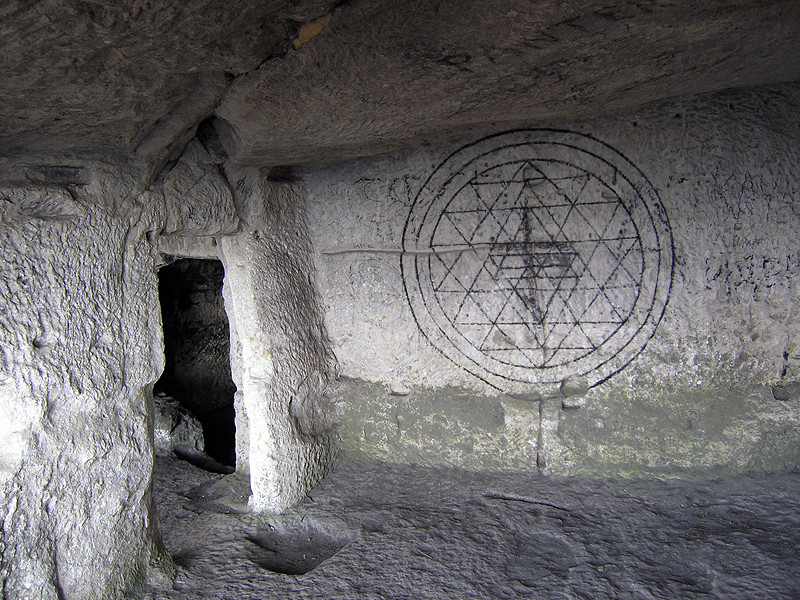 The quite similar Sri Yantra hails from South Asia, 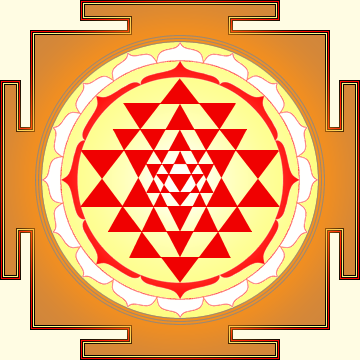 but I'm unsure if they are connected. If so, was it distributed during Indo-European migrations or was it shared via trade routes during a later period?

I don't speak Turkish, but maybe this will help someone who does? 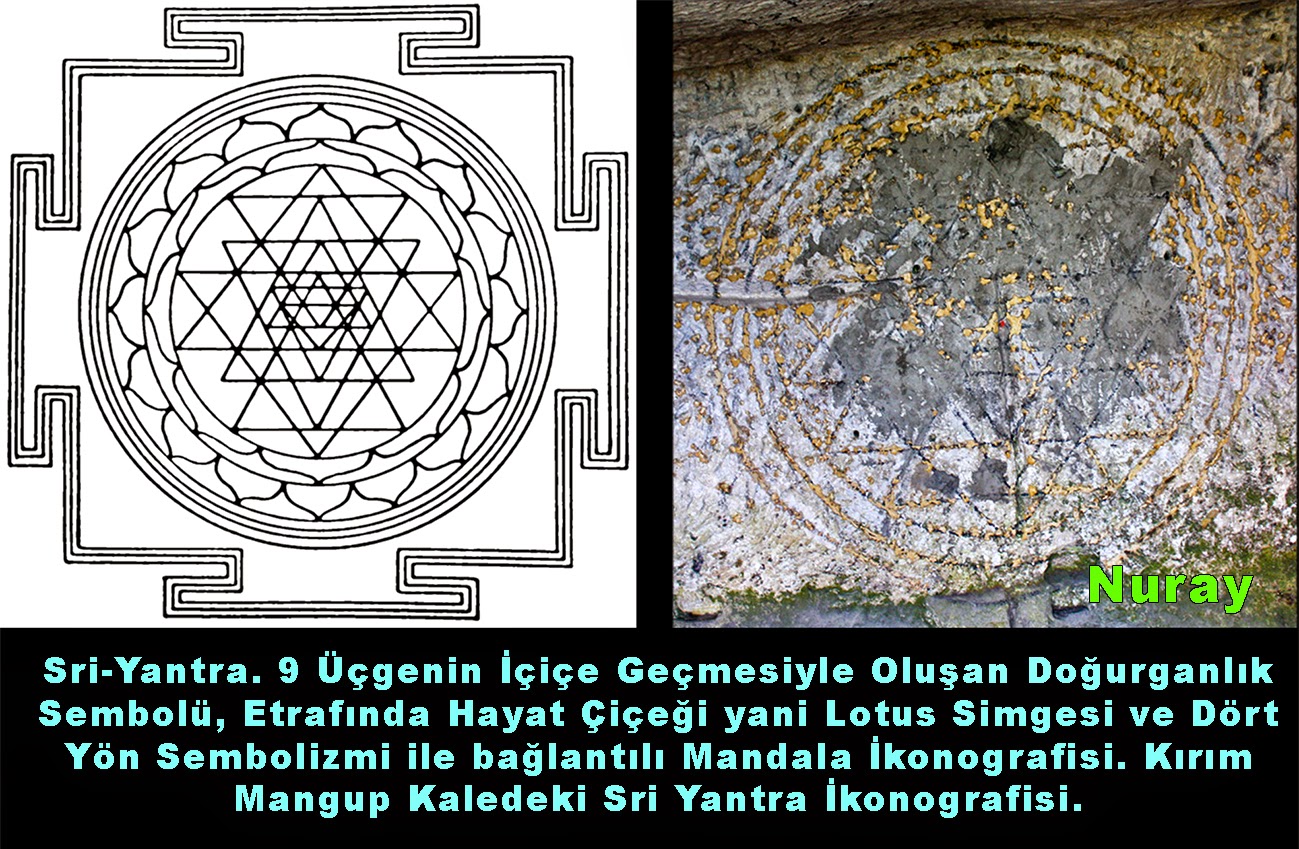