What is this USA membership pin?

The attached picture shows what is believed to be a membership pin. Is it possible to identify the organization?

The pin is from the USA and dates from the period 1890-1914. A possibility is that it is from either North or South Dakota, but this is uncertain. 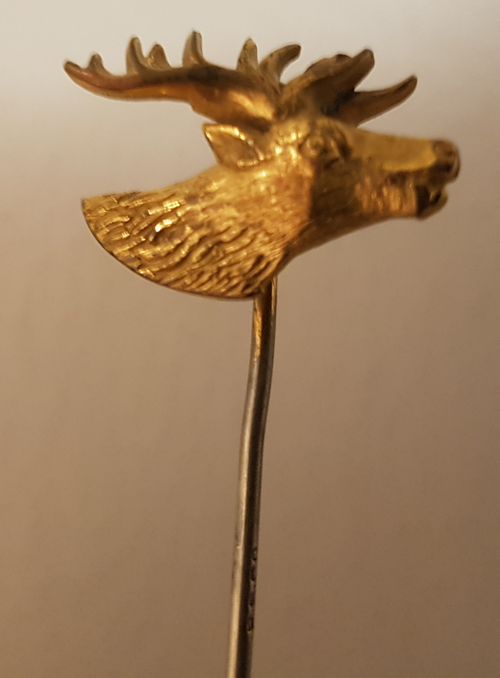 Because of the palmate antlers, this looks more like is called a moose rather than what is called an elk, in the U.S. There is a fraternal organization called the Loyal Order of the Moose that was founded in 1888 in Louisville, Kentucky, but now exists all across the U.S. as well as in some Canadian provinces and parts of Great Britain.

There is/was a vintage Fraternal Order of Moose lapel pin for sale, so you can see what moose jewelry looks like. Etsy has a page devoted to moose lapel pins in general, among which is a "vintage moose head stick pin" that somewhat resembles the one you have, except it's facing the other direction.