Found this sword in my father's basement but need help with ID. Can’t find any info on sword or its markings. The blade itself is 18” from tip to top of hilt and 25” overall. 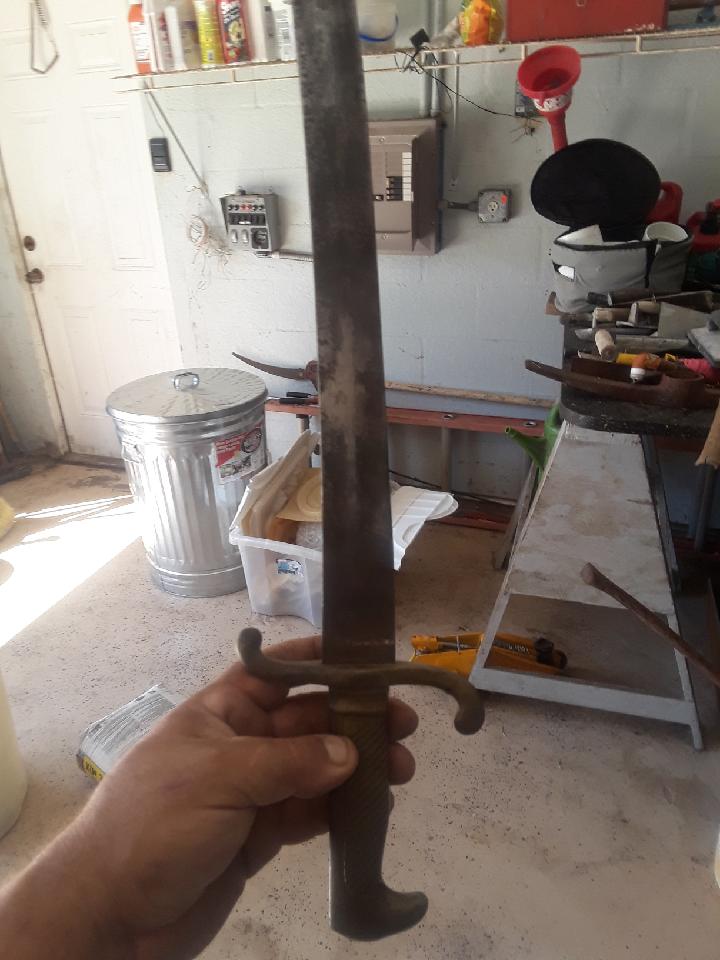 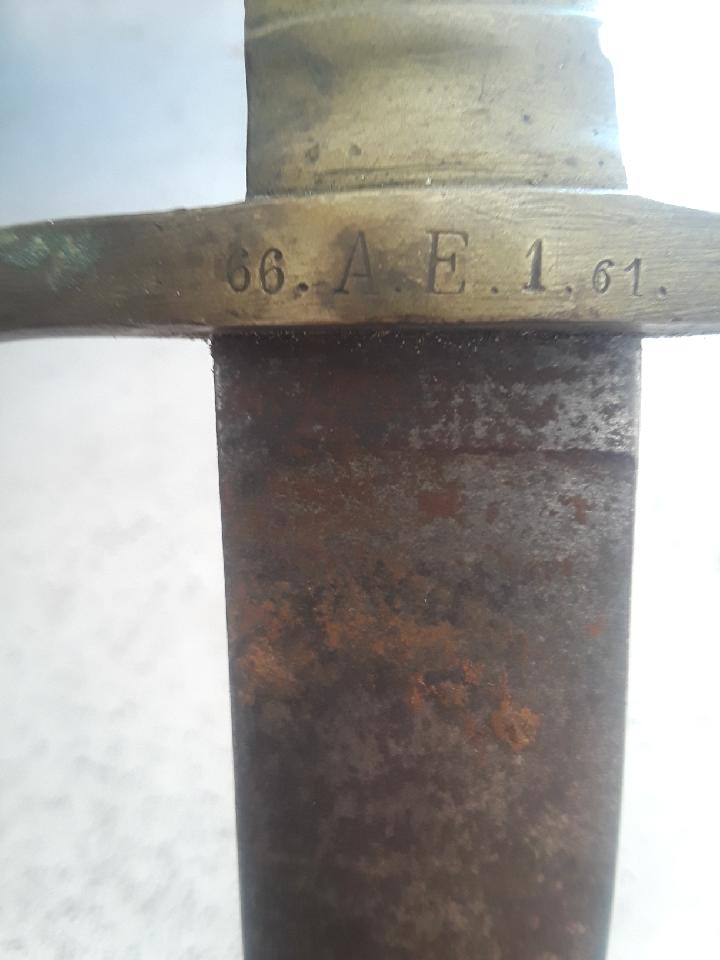 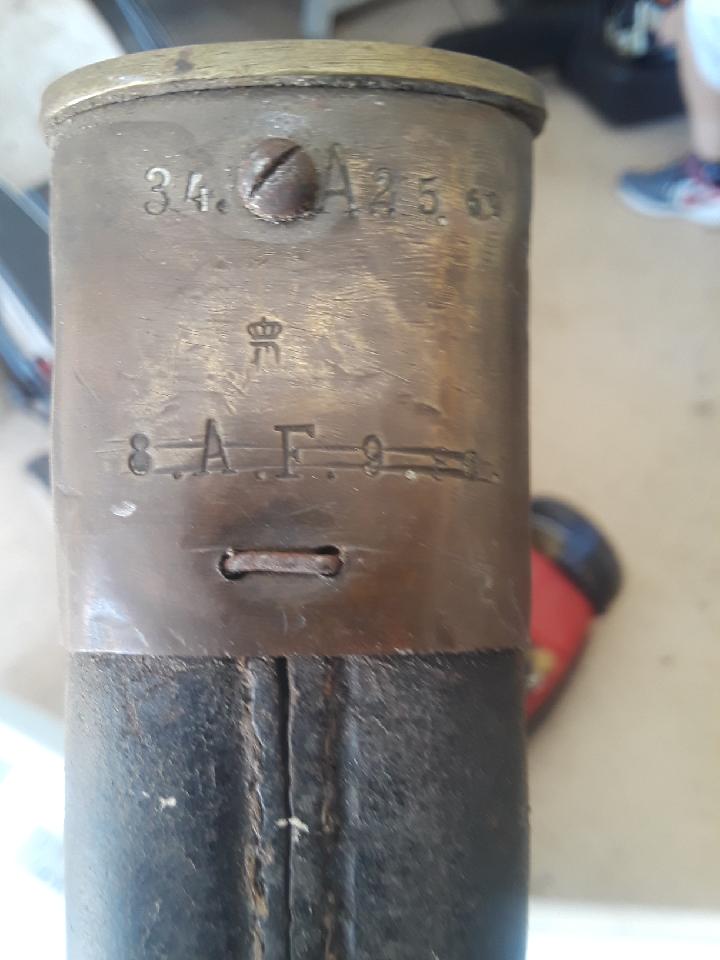 From the short length and marking patterns, it looks like this may be a WW1 (or earlier) era Faschinenmesser, a type of Fascine Knife. These were a utility type tool, more akin to a machete then sword:

The fascine knife was a side arm / tool issued to 17th to 19th century light infantry and artillery. It served both as a personal weapon and as a tool for cutting fascines (bundles of sticks used to strengthen the sides of trenches or earth ramparts protecting the batteries).It could be straight or curved, double edged or single edged with a sawtoothed back. 17th- and 18th-century German, Prussian and Swedish fascine knives were more like cavalry swords, often with a brass handle and a hand guard, but later models were more like billhooks in shape and appearance.

An article entitled The Forgotten Faschinenmesser shows a similar weapon (I have cropped original to show similar hilt): 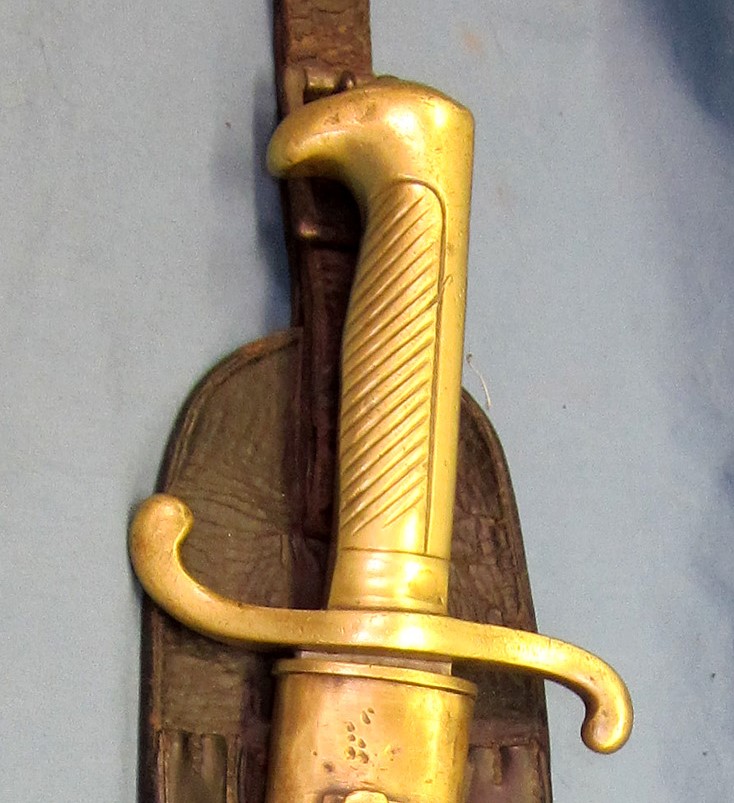 The above article has a lot of other information you may find interesting, such as the meaning of many of the markings you show. The 66 might indicate this weapon was part of the German 66th Infantry regiment in WW1. I'm not sure what the AE unit designation might represent yet.

6
Can someone help me identify this sword?