Why did greaves go in and out of fashion?

I made a very counterintuitive find. Wikipedia says:

Greaves were common until around the ninth century, when they largely disappeared.There is not much evidence of their use until the second quarter of the thirteenth century. 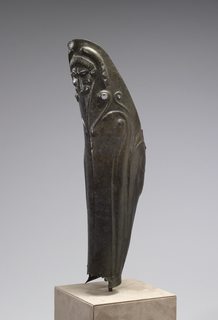 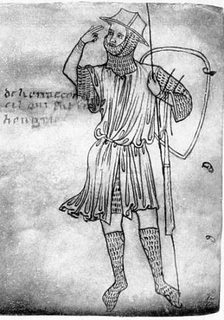 If chausses rendered them obsolete, why did they reappear? Were chausses preferred for flexibility? Were they rendered ineffective by the introduction of more tapering swords or polearms?

Greaves actually developed in the later Middle Ages as a component of full plate armour. So in this specific example, the "reappearance" of greaves was basically just part of the general advancement from mail to plate armour. Despite the shared naming, these plate greaves were very different from the shin guards of the dark ages or antiquity. Those are more precisely demi-greaves.

The motivation was of course the better protective value of plate. For most of the Middle Ages, chain mail provided "good enough" protection while maintaining decent flexibility. However, over time, weapon advancements inevitably eroded their protective value.

Shields were becoming steadily smaller and more maneuverable. Mail had the merits of great flexibility, and resistance to cutting blows. But it was vulnerable to steel-tipped arrows, and could not resist crushing blows.

Consequently, when it became technically feasible to produce them, plate armour quickly replaced mail for those who can afford it. Obviously, plate armour could only protected whatever it actually covered. It was thus completely logical for the armour to extend downwards to the whole foot.

Another contributing factor, mentioned in the above quote, is that larger shields had generally fallen out of favour by this period. Due to their unwieldiness, they were considered more impedance than help on the battle field. This however meant that the lower legs, especially for mounted troops, were particularly vulnerable and requires separate protection.

In contrast, the earlier kite shields, such as those depicted in the Bayeux Tapestry, were much bigger and elongated. This meant they could be used to shield the lower legs..

In fact, this wasn't the first time shields affected the use of greaves. In Ancient Rome,

Overall, first-century BCE Roman armor was not that much different from ancient Greek armor; only the shield differed significantly . . . the shield's shape and increased size meant that the bearer did not have to wear greaves (armor for the lower legs) as the Greeks had, which resulted in a greater degree of freedom of movement and, therefore, speed.

33
Why did the grip-centered viking shield fall out of use relative to the kite shields?

13
Why did helmets have this metal thing between the eyes?
15
What is known about how many Ulfberht swords exist?
5
Did medieval guards wear heavy armor for long periods of time?
12
Why did England and Portugal cheap out on the Battle of Aljubarrota?
4
Why was metal armor phased out after gun powder was weaponized?
7
Did ancient or medieval warriors "substitute" in and out of combat?
33
Why did the grip-centered viking shield fall out of use relative to the kite shields?
16
Why didn't the steppe bow spread further?
0
Why the belt or strap in some plate armor and some other armor exposed in the middle front side?
4
How did gong farmers see when cleaning out cesspits?