I've got nothing to go on here other than this is quite old. Thick navy wool with dark gray (or black) Corded striping. One gold star on right sleeve. Handwritten tag is hard to read, has a long registration number and maybe says "Redmond" at the bottom.

I've scoured both military image sources and google image searches with no luck.

Maybe this isn't military? Anyone seen something like this before?

Any advice is appreciated! Thank you! 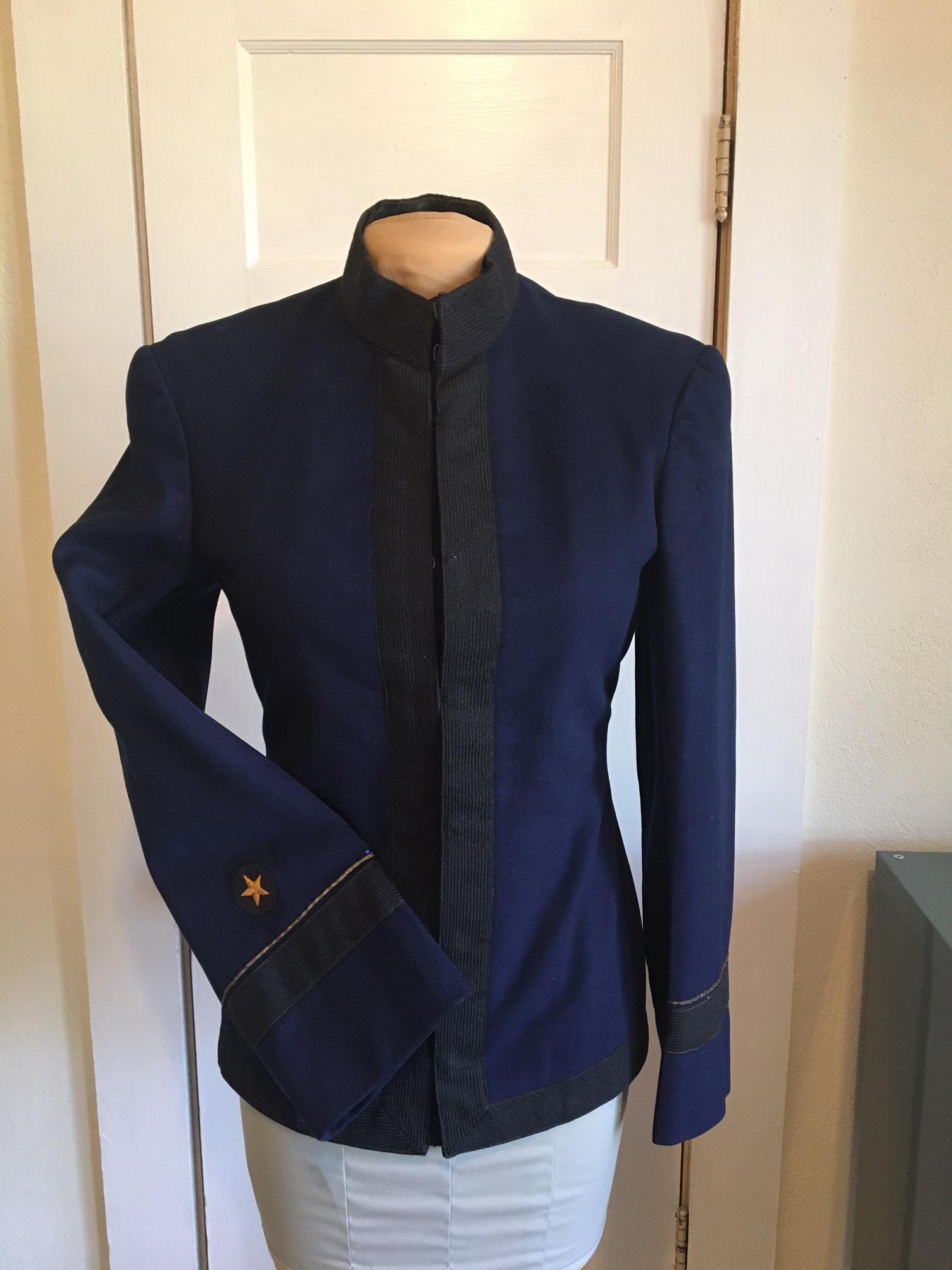 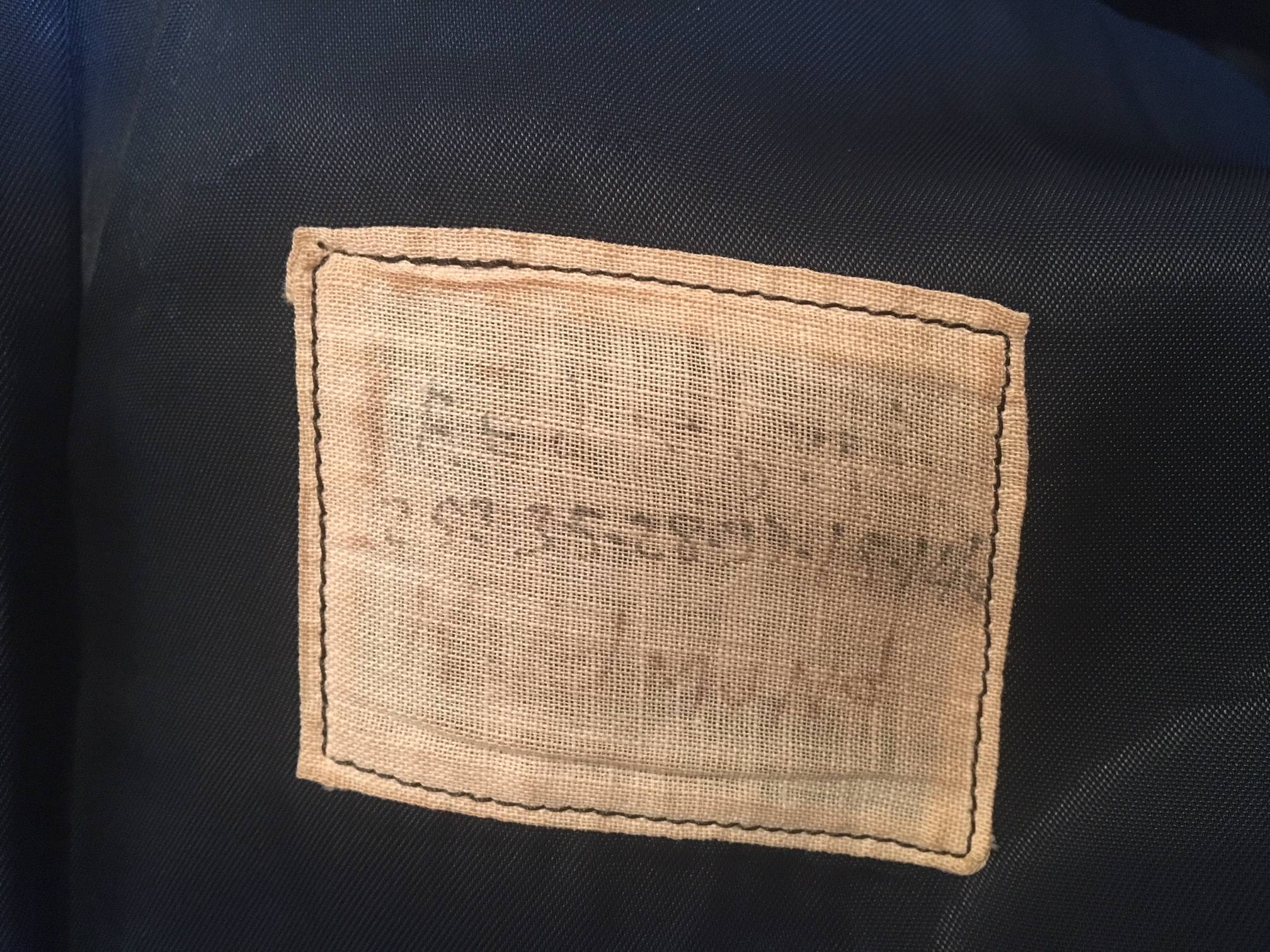 That appears to me to be a US navy officers uniform (rank ensign). I found these examples from before and during WWI.

The officer's blue service coat authorized in 1877 was trimmed around the edges with black mohair braid, and the sleeve rank was also shown in similar black braid, of the same widths and arrangement as the gold stripes of the full dress and frock coats.22 The line star and staff corps distinctions were not worn on the sleeves, but the coat also had collar devices to indicate rank and corps. The low-contrast black stripes were changed to gold in 1897.23

Similar black braid stripes, without corps devices, were worn on officers' overcoats beginning in 1883.24 In 1947 the overcoat sleeve stripes became optional,25 and were not included in the uniform regulations of that year. 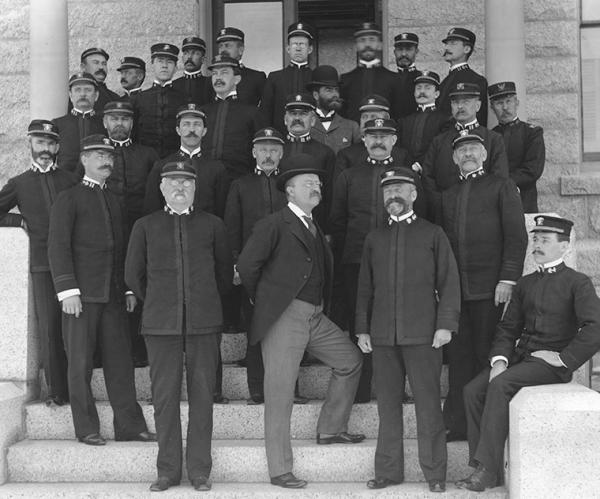 U.S. Naval Institute Photo Archive - Ebullient Assistant Secretary of the Navy Theodore Roosevelt (front and center) poses with the officers of the Naval War College in June 1897 after delivering a pro-expansionist speech that repeated the word “war” 62 times.

A single star with a golden stripe, which I think I can see in your photo, although faded, signifies the rank of Ensign. The thinness of that stripe places the uniform prior to the above photo, by my source. 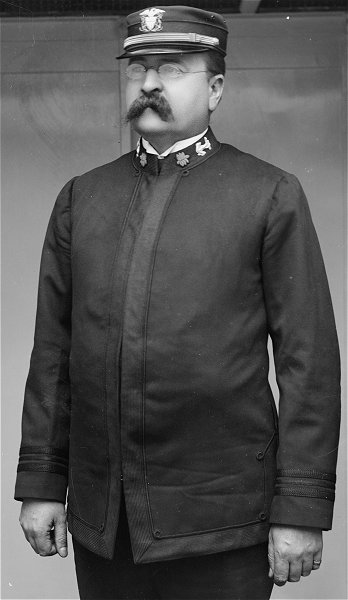 A lieutenant commander in the blue service dress authorized before 1897, with black sleeve rank stripes. Photo from Library of Congress Prints and Photographs Online Catalog. 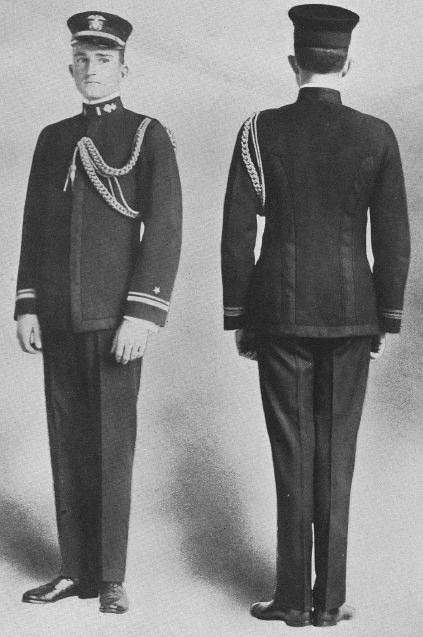 Note the sleeve ranking with one golden star and two stripes. The fact that your photo only shows what I'm guessing is one faded stripe along with 1 star says your uniform predates wwI, as the US navy designation for Ensign changed from 1 star and 1 thin stripe to 1 star and 2 thin stripes before WWI, per the below source.

Very, very late, but this is not a USN blouse. Color is too blue, not enough navy blue. It does, however, look like a cadet blouse from Virginia Polytechnic Institute. The star on the sleeve indicates high academic standing and the single small stripe above the black stripe indicates a first classman, a senior. All the VPI blouses had the black sleeve stripe in the same place. This is essentially the same blouse as found at USMA or VMI only in blue instead of cadet grey. 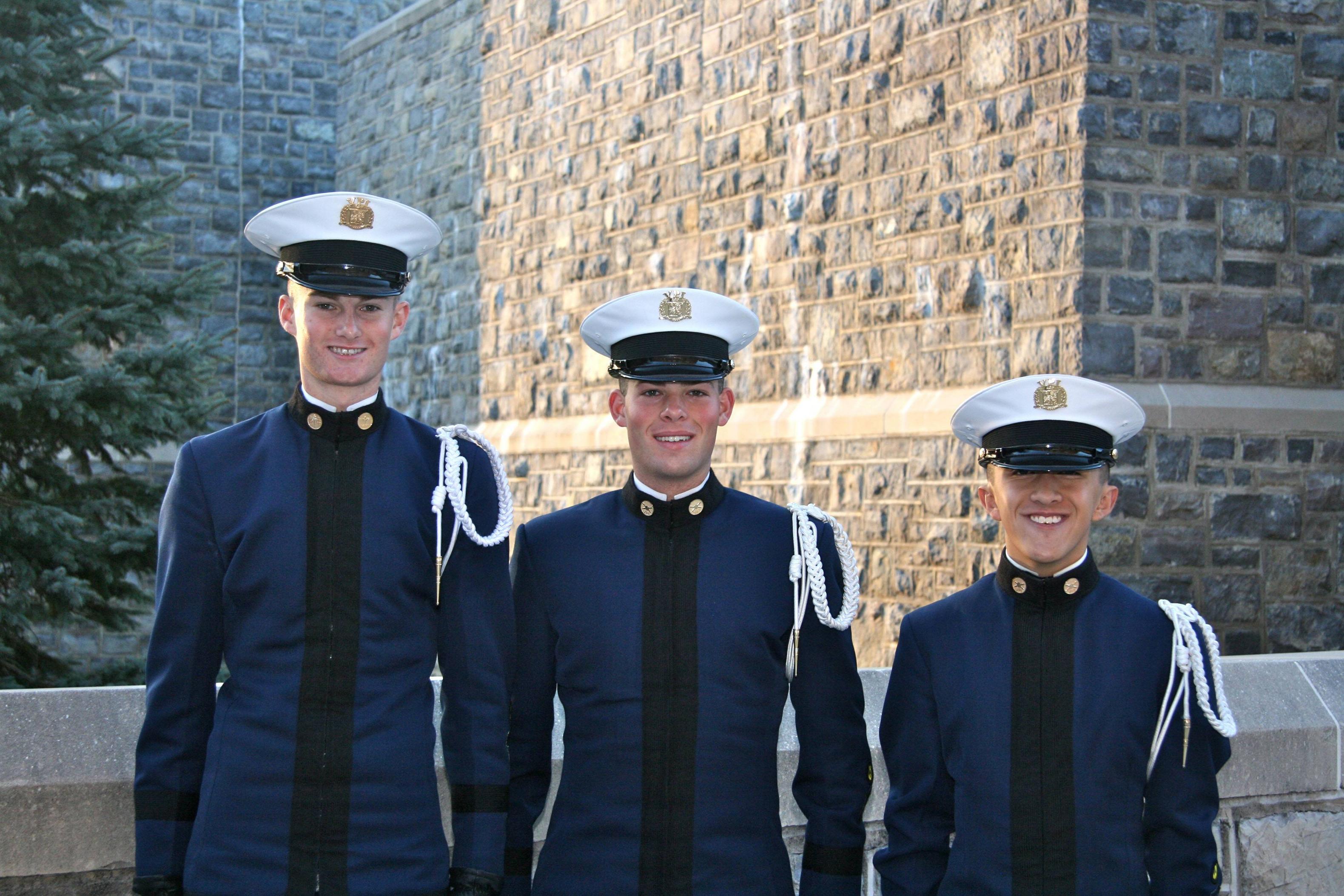