When did enscribing messages on bombs first happen?

I would like to know when and why, messages written on bombs appeared for the first time. In particular if only US crew members used it during the operations in war.

This was done since ancient times, and the practice simply carried on.

The Romans used to put witty little insults onto sling-stones, to add some extra bite when used against the enemy. 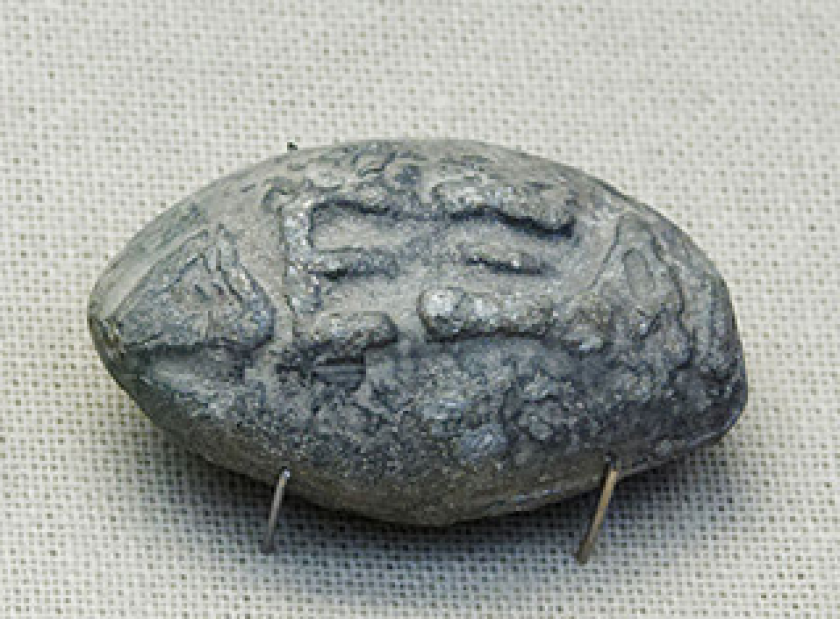 Some of these jokes were innocuous

Be lodged well
For Pompey’s Backside

And some were more explicit.

I saw a TV programme where the presenter translated a few choice insults.

But basically, this sending of messages to the enemy has always happened. Soldiers get bored of sharpening swords, so let their imagination run riot in the interests of boosting morale by making up ruder jokes than your compatriots.

72
When did bombs actually look like this?
32
Were slings used for throwing hand grenades? If not, why?
10
When were marching bands last used in warfare?
2
Was there a Stick-Grenade prior to the Stielhandgranate?
16
Why did the wagon forts of the Hussites fade away?
5
Were bricks instead of bombs occasionally thrown out of war planes in WWI?
23
Who was the last European king to actively engage in combat?
21
Why did it take so long for the Germans to develop the first tank model in World War I?
3
What did whistling bombs actually sound like?
0
Which kingdoms were using WWI weapons at the time of the second world war?