Why did Ong Khan offer Temujin a position?

Toghril’s (Ong Khan, died 1203)) acceptance of Temujin (Genghis Khan) as his ‘foster son’ held advantages for both men, and Toghril’s relationship or ‘ceremonial kinship’ with Temujin’s deceased father (they had been andas or blood brothers) made the ‘alliance’ all the more likely. On the latter point, Jack Weatherford, in Genghis Khan and the Making of the Modern World says:

Temujin’s father, Yesugei ..... had once been the anda of Ong Khan, and they had fought together against many enemies. The tie between the men had been stronger than merely patron and vassal because when they were quite young, Yesugei helped Ong Khan become khan of the Kereyid people by overthrowing his uncle, the Gur-khan, or supreme ruler. In addition, they had fought together against the Merkid and were allied at the time of Temujin’s birth, when Yesugei was on the campaign against the Tatars. 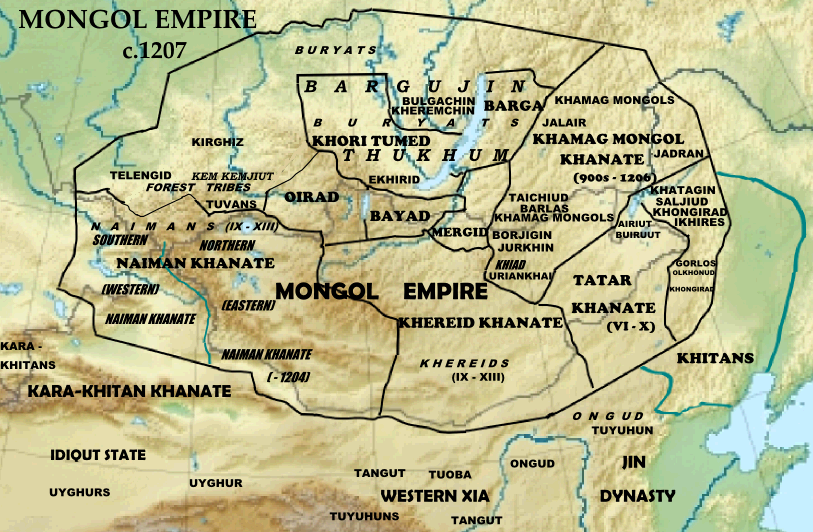 For Toghril / Ong Khan, there was not just the fact that Temujin (and his two brothers who were also accepted as ‘foster sons’ at the same time) was the son of his anda; he was also a young man with a growing reputation for daring and initiative. Toghril had plenty of enemies, including members of his own family, and saw enough in Temujin to offer him the leadership of a group of young warriors (which Temujin declined).

Accepting Temujin proved to be a smart move for, when Toghril was later deposed by an uncle, Temujin helped him regain his position. Prior to that, Toghril had helped Temujin when his wife Börte had been taken captive.

Why did Temujin seek out Ong Khan?

According to steppe culture, politics were conducted through the idiom of male kinship. To be allies, men had to belong to the same family, and therefore every alliance between men not connected through biology had to be transformed into ceremonial or fictive kinship. Thus, with Temujin’s father and the would-be Kereyid leader having been ceremonial brothers as andas, Temujin now sought to be treated as a son to the old man.

Temujin, recently married, did this by using his wife Börte’s dowry (which he would normally have given to his father):

In the turbulent world of the rivalries of the Mongol clans, a powerful ally such as Toghril / Ong Khan would prove very useful:

By giving Ong Khan the wedding gift, Temujin was recognizing him as his father; and if Ong Khan accepted, he would be recognizing Temujin as his son and therefore entitled to protection.

The reasons for not seeking out Ong Khan earlier were most likely:

In the years following his father Yisugei’s murder, Temujin and his family had endured much hardship. His mother Hoelun (Oelun)

was seen as a paragon of heroic motherhood, raising her sons in great adversity.

Ö’elün was abandoned on the steppe with her five children, Yisügei’s minor wife, Sülchigei, her two sons, and a certain number of retainers.

Then, at around the age of 15, Temujin had been involved in the killing of one of his half-brothers. Soon after, he became the captive of a rival clan but eventually managed to escape.

Why didn't Ong Khan, do anything to help Temujin when the latter's father was killed by the Tartars (or Tatars)?

None of the sources offer any explanation for this, but there are a couple of pointers to possible reasons:

Despite the turbulent struggles of his youth, the SECRET HISTORY OF THE MONGOLS portrays the mature Ong Khan as a lax and indecisive ruler, cruel to his brothers, excessively indulgent to his son...

Ong Khan's bond with his anda Yesugei may have been strong at one time, but such bonds did get broken (Temujin's childhood anda later turned against him). Also, we can gleam something of Ong Khan's character from his later actions: he deceived Temujin over a planned wedding and then fought against the adopted son who had sought (and been granted) his protection.

For the record, Temujin defeated Ong Khan at the Battle of Jeje’er Heights in 1203.

Not the answer you're looking for? Browse other questions tagged mongol-empire mongolia or ask your own question.

1
Does Genghish Khan Worship Tengri?
8
What was the context of this famous Genghis Khan quote?
7
When did Sultan Saif ad-Din Qutuz escape from Mongol swords?
7
What did Golden Horde get out of the alliance with Mamluks?
15
Was the Korean King Chungnyeol instrumental in persuading Kublai Khan to invade Japan?
3
How were Mongols defeated on the field?
3
How did Japanese small boats win against Mongolian ships?