What kind of knife is this? 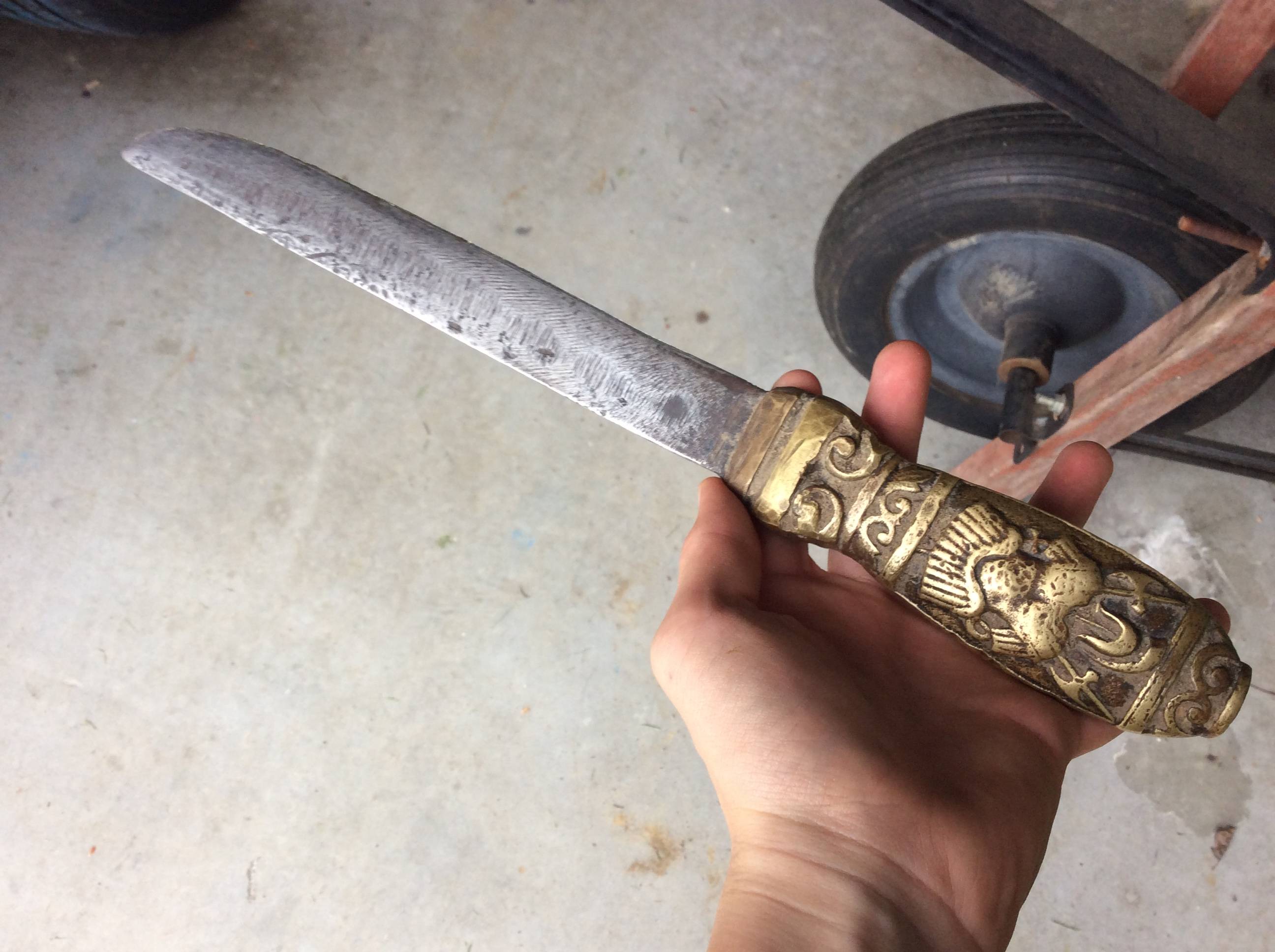 My grandpa had this knife and we do not know anything about it. It seems to be very interesting and I am very curious as to what kind of knife this is and where it came from.

Edit: Grandpa was born in the 1930s. The knife looks the same on both sides. This question is tagged "United States".

united-states military identification
Share
Improve this question
edited May 5 '18 at 15:29 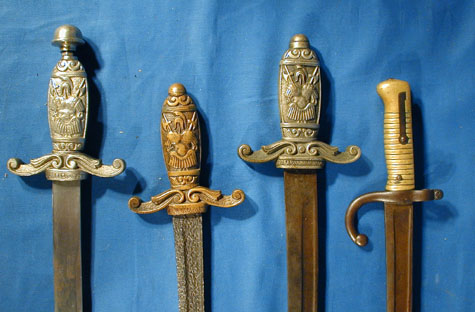 His military service and where he served are of no matter. The weapon in question speaks for itself. What you have is a knife made from a cadet's sword—no doubt for use in trench warfare. I almost thought it was a Royal Company of Archers sword at first, but then thought better of it. They typically have what is called a "yataghan" style blade which is recurved but I have seen them with gladius blades.

Sold through the famous Bannerman Arms in New York, NY, this particular sword may be associated with Freemasonry and the Yorkist Rite temple but are of old French surplus stock. It dates between the late 1880s to 1920s. As you can see, a lot of material was removed. It may be of some value to a collector of things associated with trench warfare if it had some provenance but, otherwise, a sword worth circa $250 has been destroyed.

Not the answer you're looking for? Browse other questions tagged united-states military identification or ask your own question.

7
Difference between V-5 and V-12 Navy programs during WWII
8
What kind of wood was the standard decking for Aircraft Carriers in World War 2?
13
What's the story behind this photo of hikers who brought white plague cure to President Wilson?
14
What kind of knife could this be?
33
What is the date and original source of this medieval picture?
7
What kind of uniform is this? (Circa 1940s, possibly Israeli)
2
How to find out if this sword is real or just a souvenir?
2
Who is this Asian figure?