How did Gothic differ from Baroque architecture?

Gothic architecture is all big cathedrals, with pointed arches, and flying buttresses, supporting intricate sculptures and beautiful decoration. Based on sophisticated engineering, the building's skeleton could house huge stained glass windows. Abbot Suger 1081—1155 described in detail the improvements he made to the French cathedral of St. Denis (one of the first Gothic cathedrals). He stuffed his building full of precious materials and artworks, symbolising "divine radiance," and thought that the new stained glass windows reflected the "light of God." In painting and sculpture a very elegant, colorful, and decorative, religious art developed at the end of this period, which is known as International Gothic.

A full one would require a book or several.

Gothic architecture was a break from the Romanesque style which preceded it, based on round arches, fat columns, and thick walls or buttresses to bear the downward and outward thrust, and small windows. The pointed arch of the Gothic is more efficient at load-bearing; it also deals better with changes in space - eg a wide nave meeting a narrower transept - since the angle of the arch can be varied without awkward junctions.

This, together with flying buttresses enabled Gothic (churches) to rise higher, use slimmer, often clustered, columns and, crucially, permit more window openings. They were open to the Divine light, windows into Heaven. 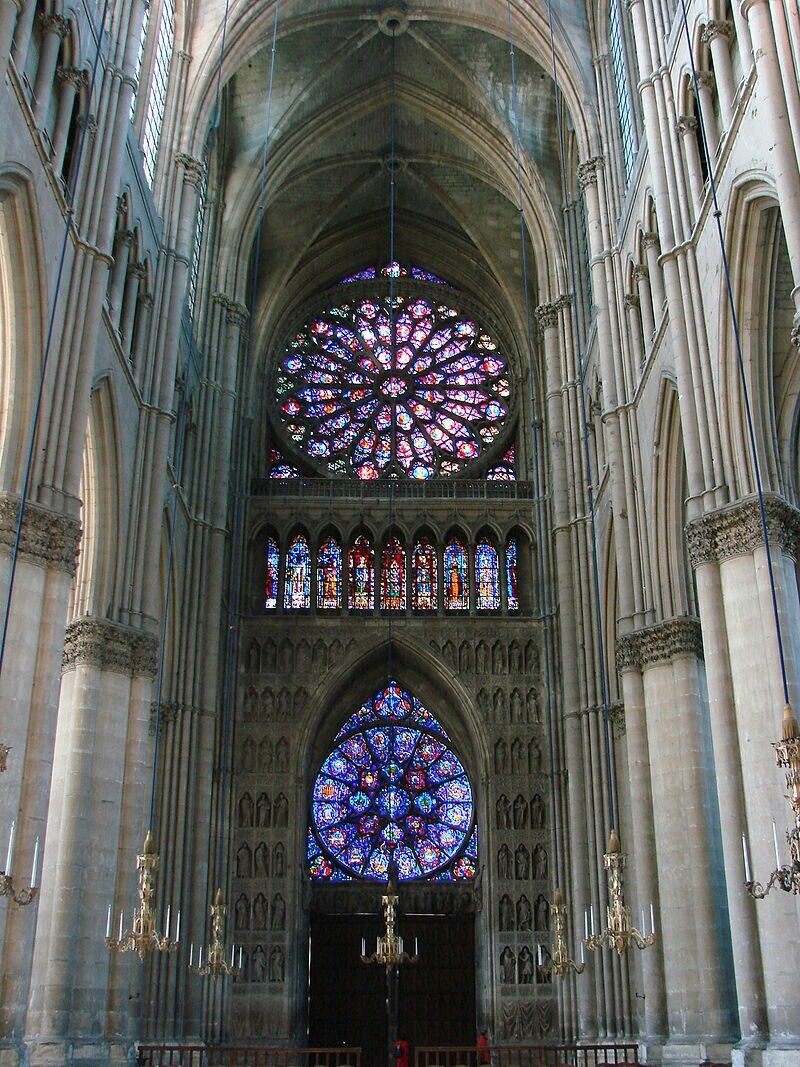 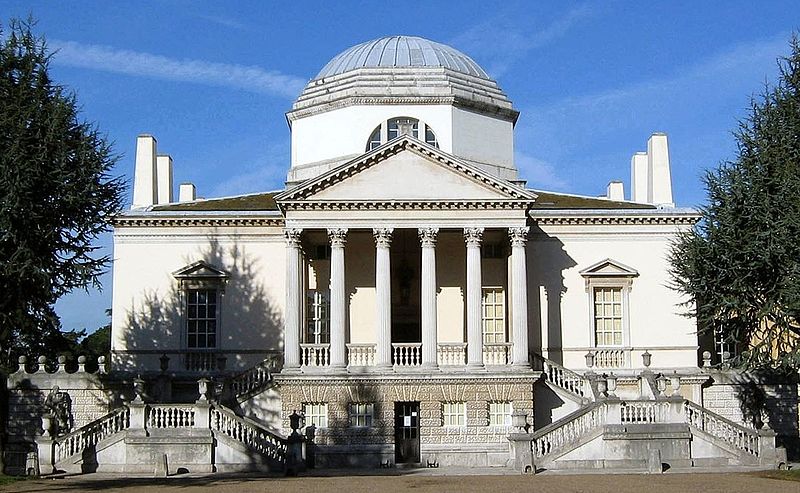 Finally we come to the Baroque! Baroque used the Classical forms, but in new and innovative ways. (The term "Baroque" originally meant a defective pearl, and came to mean "eccentric, bizarre".) Where Classical architecture is restrained, Baroque is monumental, tectonic: it handles space in a totally new way - colonnades sweep round, facades advance and retreat, mass is piled upon mass. 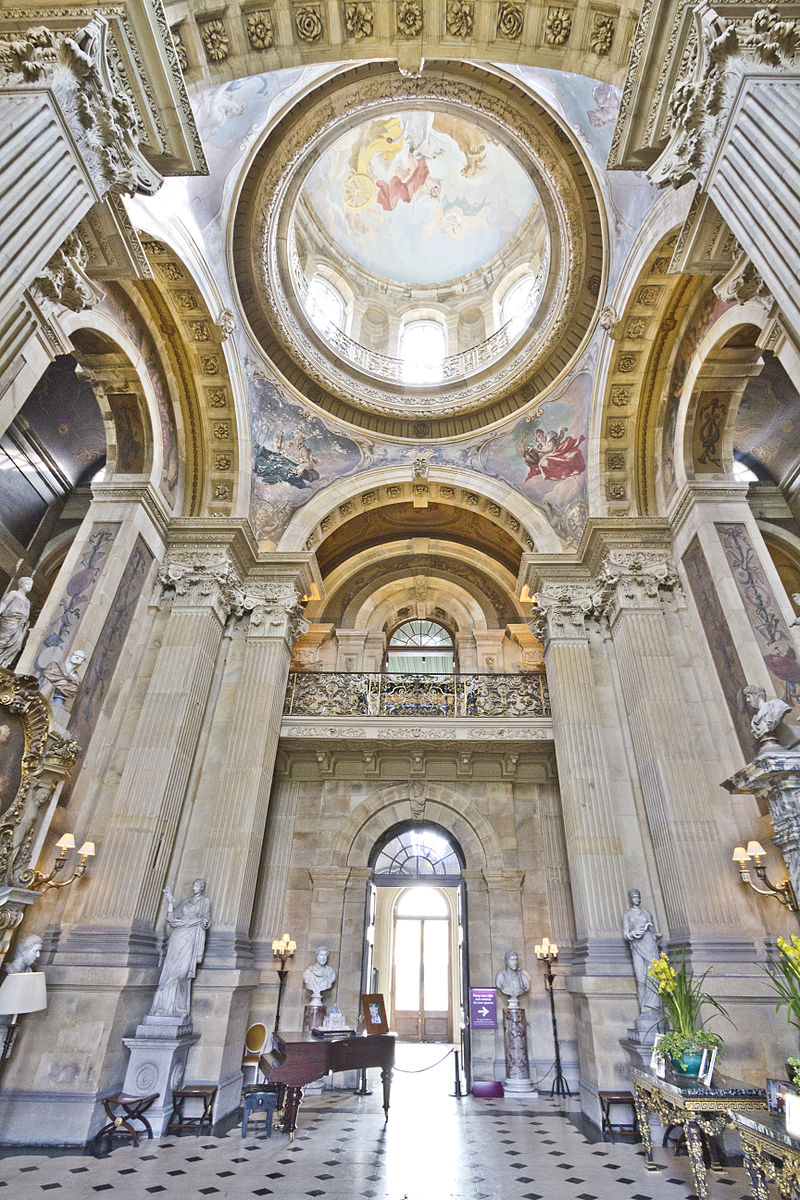 If you compare the interior of Rheims Cathedral (1) with the Great Hall at Castle Howard (4) you will see how different they are. Yes, they are both lofty and enclose large spaces, but there the similarities end. Rheims is linear, leading the eye to the sanctuary and High Altar. Castle Howard is self-referential - it is saying "Look at me" (not God!) And the actual forms are completely at odds; the Great Hall uses round, Romanesque arches, but built on giant pillars, themselves resting on monumental plinths. The statuary is classical, Romans or psuedo-Romans, not saints or Biblical figures. Yet even these "heroic" figures are dwarfed by the scale of the setting, which is literally awe-inspiring.

Baroque became the architectural language of power - popular in Catholic, absolutist France, largely rejected in Protestant, constitutional Britain, where it was frequently laughed at. Pope famously remarked about Blenheim :-

Thanks, sir, cried I, tis very fine, but where do you sleep or where d'ye dine? I find by all you have been telling, that 'tis a house but not a dwelling'

Pope arguably missed the point. The Baroque was no more about comfort than it was about religion. It was power and magnificence in stone.

(All illustrations from relevant Wikipedia pages.)

Not the answer you're looking for? Browse other questions tagged architecture or ask your own question.

9
What did they call Gothic and Baroque architecture before the modern terms came into use?
1
How were the Incas able to build such great works of architecture without using mortar?
2
How much did brigs of 200 tons vary in 1800?
2
Was there a continuity in architecture from the Minoan civilisation to classical Greece?
5
What did Japanese architecture look like with heavy materials such as stone, mortar and clay?