Why were blackletter typefaces abolished in Germany?

Blackletter typefaces were exclusively used in German and German-friendly countries for several centuries. They were often commonly and errornously called "Fraktur" in German, but the correct name was gebrochene Schrift while Fraktur was only one (but the most used) typeface. 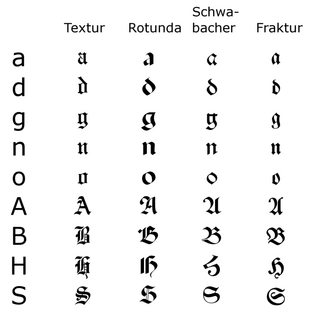 Wikipedia’s take on the topic is roughly this:

On January 3, 1941, the National Socialist German Workers' Party, or more precisely Martin Bormann, issued a circular to all public offices which declared Fraktur to be Jewish letters and prohibited their further use. German historian Albert Kapr has speculated that the régime had realized that Fraktur would inhibit communication in the territories occupied during World War II.

But this seems a strange reason for people that valued their own ideology over everything else. Especially the allegation of “Jewish letters” strikes me as odd, seeing how Fraktur originates in the early 16th century and was commissioned by Maximilian I, an emperor that kicked the Jews out of some regions in 1496 and in 1509 passed the “Imperial Confiscation Mandate” which ordered the destruction of all Jewish literature apart from the Bible. Seems pretty in line with what the National Socialist German Workers’ Party did.

So why was Fraktur abolished, then?

Blackletter was once widely used throughout Europe, as it was quicker to write and more condensed than its predecessor, Carolingian minuscule. This was important at the time, because people wanted to read about more things, but writing was laborious, and paper and parchment were expensive. The downside is that Blackletter is less legible.

Things changed after the printing press with movable type - it no longer mattered how long it took to write something - and the Renaissance. Looking for legibility and beauty, people invented new typefaces like the Roman/Serif family, inspired by older scripts such as Roman square capitals and Carolingian. These became popular and spread throughout Europe, and are still in wide use today. Germany was an exception, sticking with Blackletter until 1941.

In Germany, the most popular Blackletter was Fraktur, which was in wide use from the mid 16th century on. Germany resisted the trend of moving away from Blackletter, where the typeface's use was fuelled by various culture wars, from the Reformation (Catholic texts were printed in Antiqua, and Protestant texts in Fraktur) to the Napoleonic wars. The dispute became political, and Fraktur became associated with the German nation. As mentioned, in 1941 Nazi Germany officially abandoned it in favour of Antiqua, in an edict that claimed that Fraktur was developed from Schwabacher, which contained "Jew-letters":

On behalf of the Führer I notify for common attention that:

Regarding and calling the so called gothic typeface as a German typeface is wrong. In fact, the gothic typeface consists of Jew-letters from Schwabach. Like they later gained control of the newspapers, the Jews living in Germany had seized control over the printing shops at introduction of the printing press, so that the Schwabacher Jew-letters were heavily introduced in Germany.

Authorities will refrain from using the Schwabacher Jew-letters in future; certificates of appointment, road signs and similar will only be produced in normal typeface in future. On behalf of the Führer, Mr. Amann will first change those papers and magazines to normal typeface, that are already spread abroad or are wanted to be.

There is no evidence of any association between Jews and Schwabacher, so this edict cannot be taken at face-value. Some historians suspect the push came from Goebbels and the need to use a typeface that is familiar to everyone in occupied Europe; others suspect it was due to Hitler's own dislike of Fraktur, as he expressed in a declaration made in the Reichstag in 1934:

Your alleged Gothic internalisation does not fit well in this age of steel and iron, glass and concrete, of womanly beauty and manly strength, of head raised high and intention defiant ... In a hundred years, our language will be the European language. The nations of the east, the north and the west will, to communicate with us, learn our language. The prerequisite for this: The script called Gothic is replaced by the script we have called Latin so far ...

Whatever the reason, the move brought Germany in line with the rest of Europe in using primarily Humanist types for long-form text.

Schwabacher was actually the one called Judenlettern (jew-types) by some Nazi. It looks a lot like Fraktur, so that's probably the source of that myth. Fraktur was on its way out at the time the Nazis came to power (replaced by modern looking types), and they actually wanted to revive it for a while. Hitler did not like it, though, because he thought it to be too “unmodern”, so it was never revived (There were plans to decree Fraktur-typemachines for every office for special documents).

Key Nazis did not believe in Hitler's aesthetic reasoning and thought it really was about the readability of the text by the people of conquered territories, along with easier learning for future generations.

Not the answer you're looking for? Browse other questions tagged nazi-germany germany or ask your own question.

23
What were the post World War 2 effects on Germany?
5
Why were terminal train stations built in Germany?
4
Were there communes in Imperial Germany?
27
Why did Germany not join the United Nations until 1973?
10
Considering what was known about Hitler in 1933, why would German bishops declare that Catholics could cooperate with the new State?
6
Were there any local or regional elections in Nazi Germany?