Can someone identify these German ww2 badges?

I have a number of badges on a leather pouch. Can someone identify these? 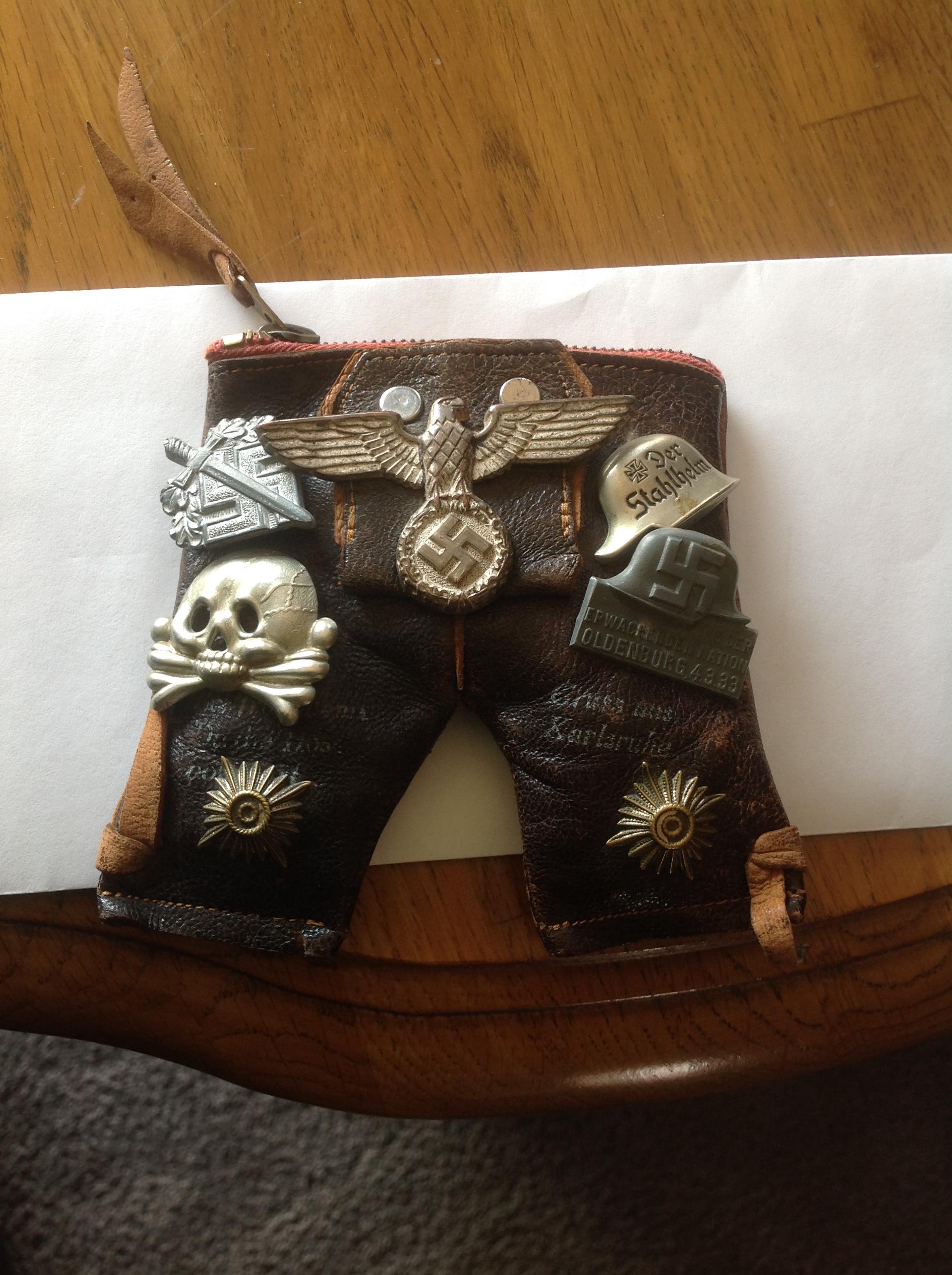 As you already said, they are all from Nazi-Germany (or replicas, impossible to tell from a photo).

The upper right, shiny helmet is a Stahlhelm membership pin. Stahlhelm was a militant, nationalistic organisation of former veterans, that got assimilated by the SA when Hitler got to power in 1933.

Below that, the greenish helmet with a swastika reads "Tag der erwachenden Nation, Oldenburg 4.3.33".

On the eve of the election of March 5th 1933, the NSDAP had called for a "day of the awakening of the nation". My guess would be this is a commemorative medal for participants in the town of Oldenburg, but I could not find anything about it.

The skull on the lower left is the gorget patch of the Panzertruppen (tank/mechanized forces). While the SS was most famous for their "death's head" divisions, that one looks differently. This is a Panzertruppen symbol.

The eagle in the middle was worn on the front of the cap of German Heer (army) in WW2.

The swastika, sword and oak leaves seems to be a medal from the WHW, a nazi "charity" (although you might not actually have had a choice whether you wanted to participate).

The two identical gold-ish pieces are probably signifying rank and belong to an epaulet. Without the actual epaulet, there is no way to tell rank, but assuming two pieces means he wore one on each side, this would most likely make him a first lieutenant or a lieutenant-colonel.

Those pieces do not contradict each other, they may have belonged to the same person. Those worn as part of the Panzertruppen uniform maybe even worn with the same uniform.

You can see an example uniform of the Panzertruppen with the golden stars on the epaulets, the skull on the Kragenspiegeln and the eagle right in front of the officers cap. Although it may not show in the photo, the cap's eagle is metal, the uniform's and non-officer cap's eagle is fabric or somehow embroidered: 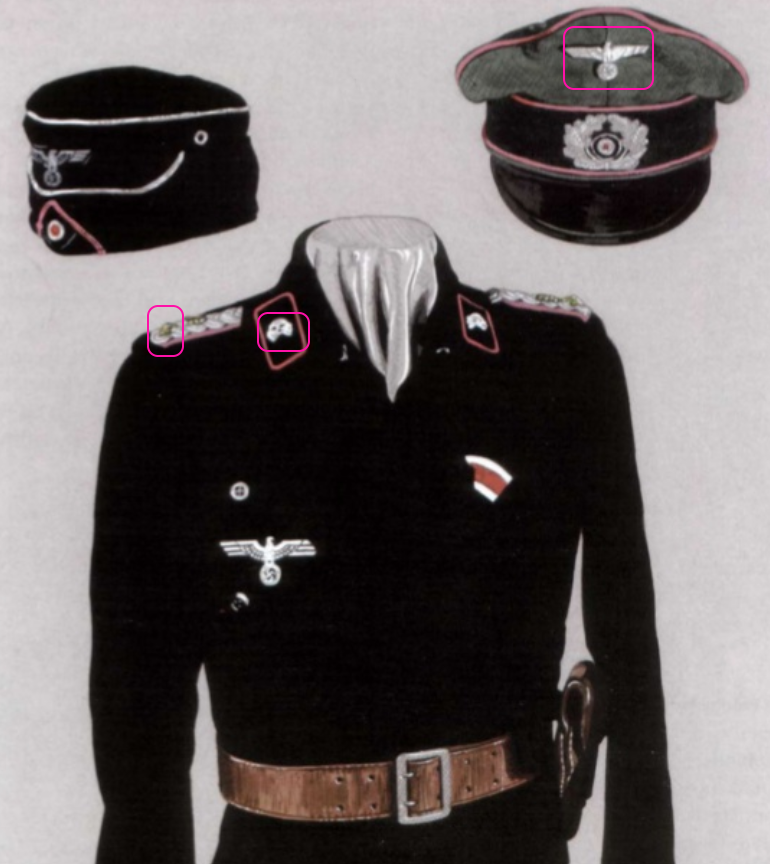 Not the answer you're looking for? Browse other questions tagged germany identification nazism or ask your own question.