My great-grandfahter was a Cossack from "Then Russia" "Now Belarus" where the Belarus, Ukraine and Poland borders met, but I don't now which "type" like Don or Kuban etc. He fled from the place he lived about 1912-1914.

My great-grandfather is the man in the middle and his brother is sitting to his left (both are cossacks).

I think he was a Don Cossack but I can't find someone with the same uniforms.

I know almost nothing more since he never talked about what he did in the military to my grandmother. 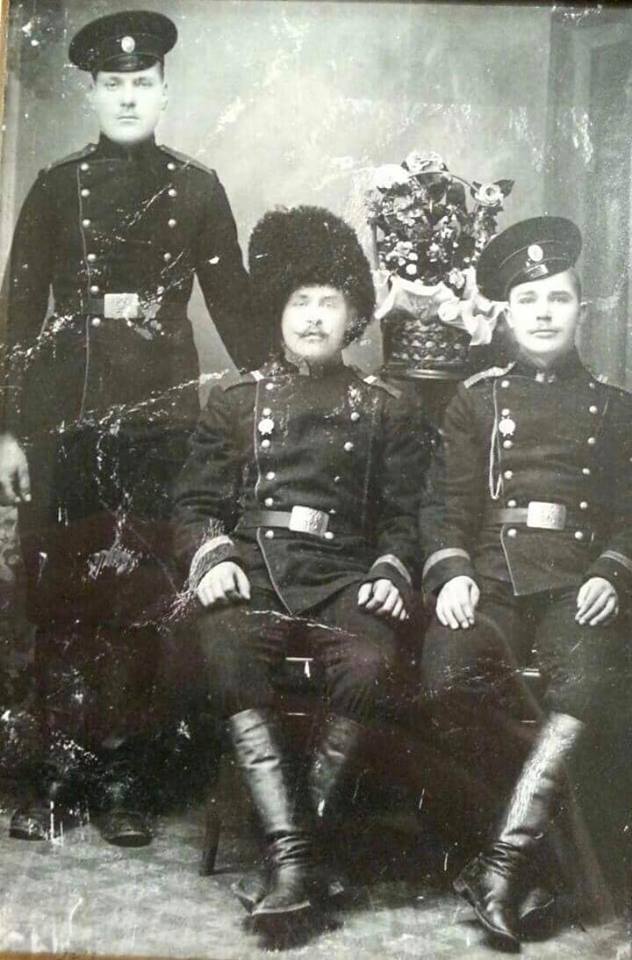 Cossack was not just a regiment one can get drafted into, it was something hereditary and traditional. The cossacks lived in specific areas (Don, Kuban river basins, Siberia, etc), had their own settlements, basically forming sub-ethnic groups.

Now, being a cossack is really nothing traditional in Belarus. Not now, neither in the beginning of the 20th century. There were no cossack settlements, being a cossack is alien to Belarusian historical tradition. Cossacks have visited Belarus only as a part of outside army force, mostly enemy force.

So there are two possibilities: either your great-grandfather was from somewhere else (not Belarus) and was stationed in Belarus during the war. Or he was not really a cossack, maybe your grandmother has misinterpreted it.

They are wearing the double breasted 1907 tunic which was issued to the regular army except the guards which had a more elaborate version. 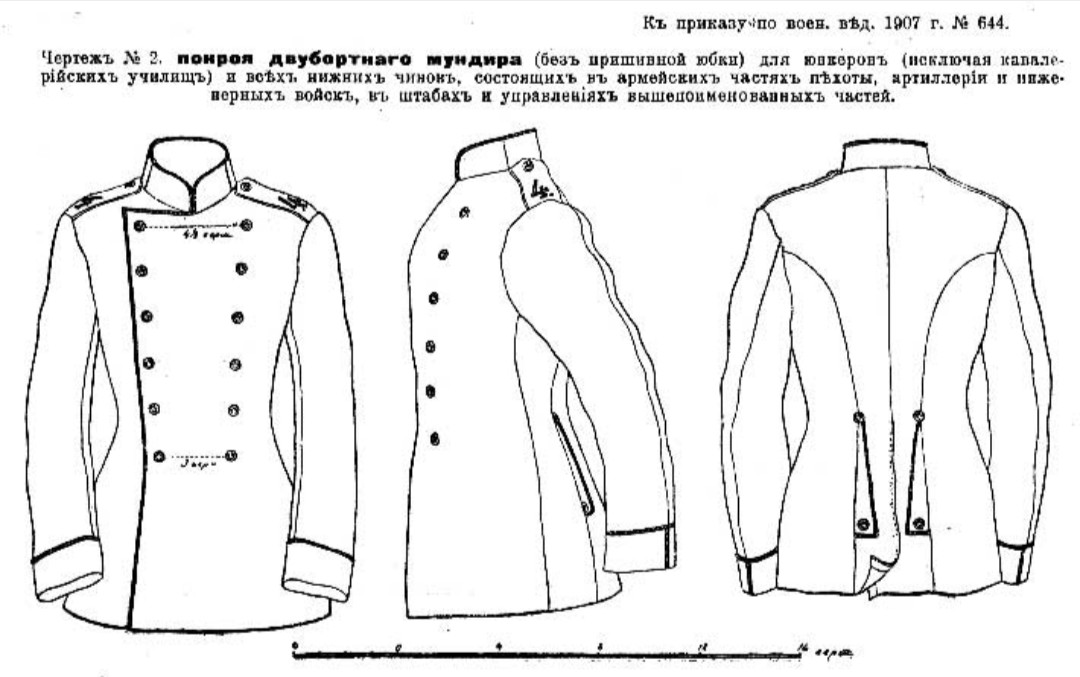 He wears the Black papaha which was preferred by Cossacks and Soldiers in Siberian regiments. Though i just realised that this tunic was issued to troops on foot (Infantry, Engineers and artillery) and cossacks were on horses so i have made a decision to say that he is a member of one of the Siberian infantry regiments.

May be your great grandfather was mobilised to the army when the WW1 was started. The Russian army had about 1,3 million soldiers and after mobilization it was up to 5 million soldiers. Both brothers had got signs of the second degree "For excellent shooting from rifles":

I can't say what regiment did they have military service at. But it may be a dragoon regiment. They were common soldiers. Such uniform was used before WW1, by example look to the photo Solders of 1st Leib Dragoon of the Moscow Emperor Peter I regiment

Also it's interesting, what is on the back side of your photo?

Not the answer you're looking for? Browse other questions tagged russia world-war-one poland russian-revolution ukraine or ask your own question.