Can anyone confirm the identity of these WWI uniforms?

The photo below was found among some other WWI photos. It seems to be from a book (rather than an original photo) and has been (firmly) glued onto a piece of board (so impossible to see any text on the other side which might help with identifying the uniforms). I'm mostly interested in the two officers bottom left and bottom right. 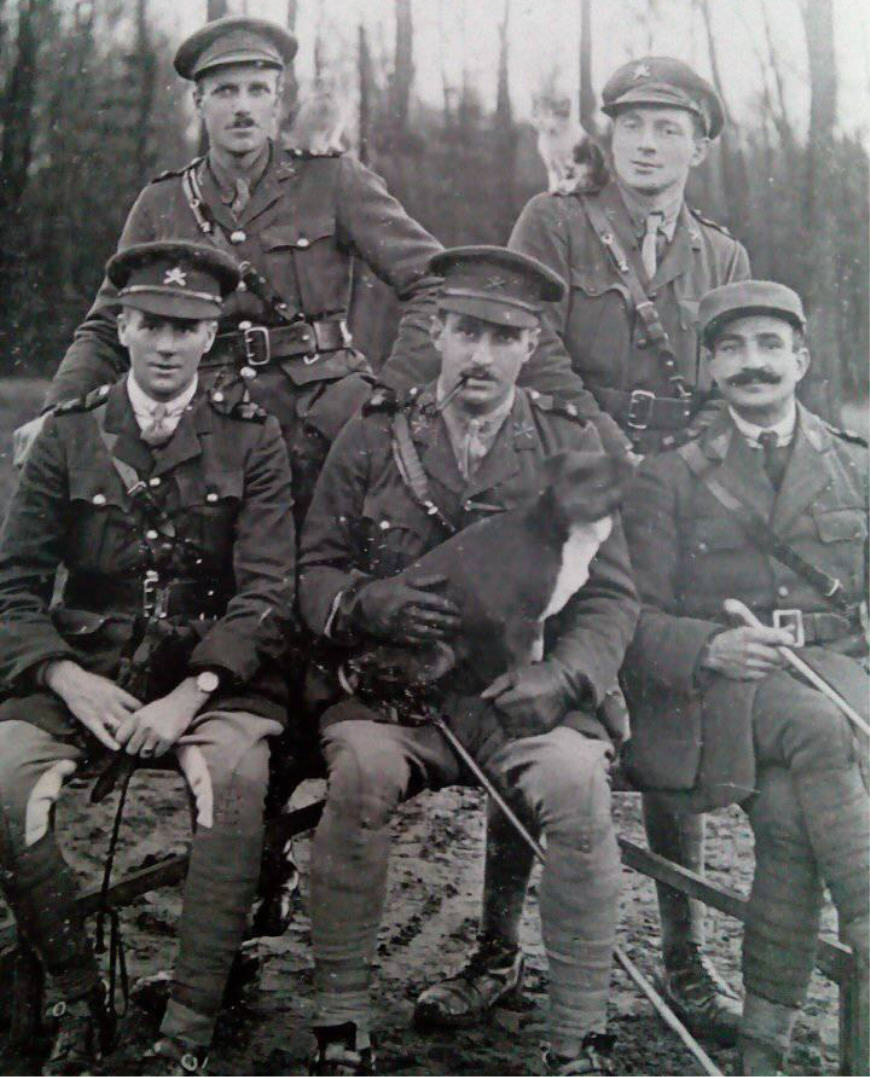 Googling has led me to think that at least three of the officers are British Army, maybe Machine Gun Corps. Can anyone confirm this?

The officer bottom left also seems to be British but there are two differences: the stripes on the inside of his trousers (riding breeches perhaps, as suggested by kimchi lover) and the colour of his shirt (or were officers allowed to wear different colour shirts?). Do these differences signify anything?

The fifth officer (bottom right) is a bigger mystery, though. The cap suggests not British. The most logical answer would seem to be French but I can't find any French uniforms on Google images to confirm this. Looking at the list of belligerents in World War I, there are quite a few other possibilities (Serbia, Belgium, Italy, Portugal, Greece...) but googling hasn't turned up anything.

Note: Three of the officers have pets. This was common during WWI so I don't think it has any relevance to the questions above.

As requested by LangLangC, I've worked on the picture a bit but not sure if it's much help (click on the image for full size).

The mounting (on black board) seems to have been done within the last few years as there is little sign of aging.

For ease of communication, the people will be referred to in the following pattern:

That photo and the information available surrounding it makes a tough nut, the following is therefor only a preliminary partial answer.

What we can gather from this photo: 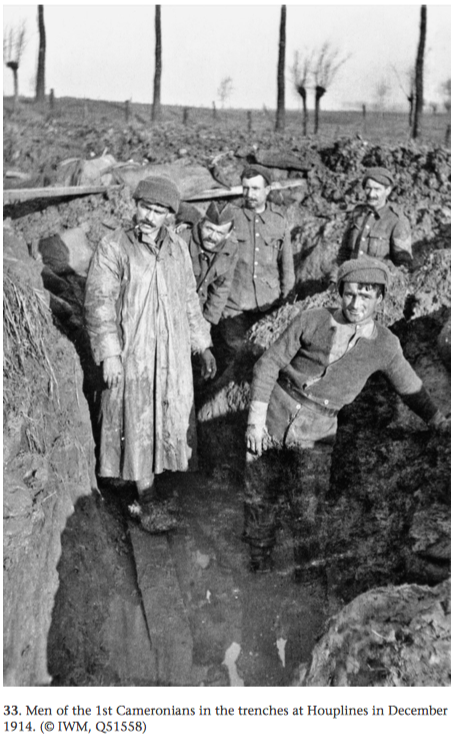 From: Peter Hart: "Fire and Movement. The British Expeditionary Force and the Campaign of 1914", Oxford University Press: Oxford, New York, 2015.

If it is a type of forage hat, the versions appearing after 1900 are likely candidates: 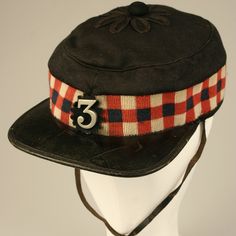 (British forage cap, turn of the century, styles changed quickly and were never universal across all units, so forgive the fancy pattern here.)

In 1916, the Military Mail announced that the traditional army custom of wearing a moustache would be brought to an end: ‘That the moustache should now no longer be compulsory in the Army may come as a surprise to the older, and as a relief to some of the younger, members of the Service’; the article also lamented that it had been ‘the mark of the British soldier.’ (Khaki, p35.)

But again, shirt colour alone is not as significant as one might think: 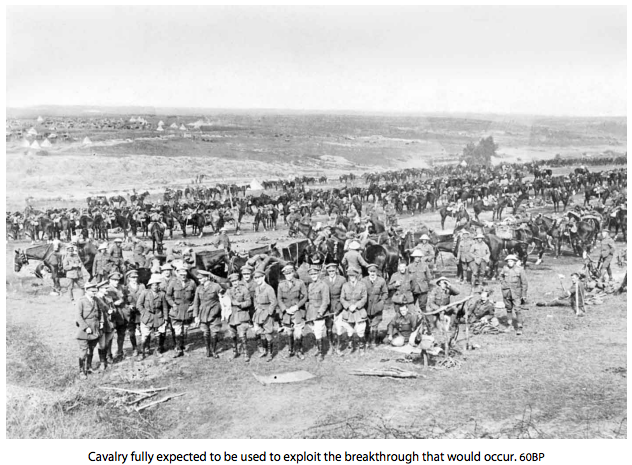 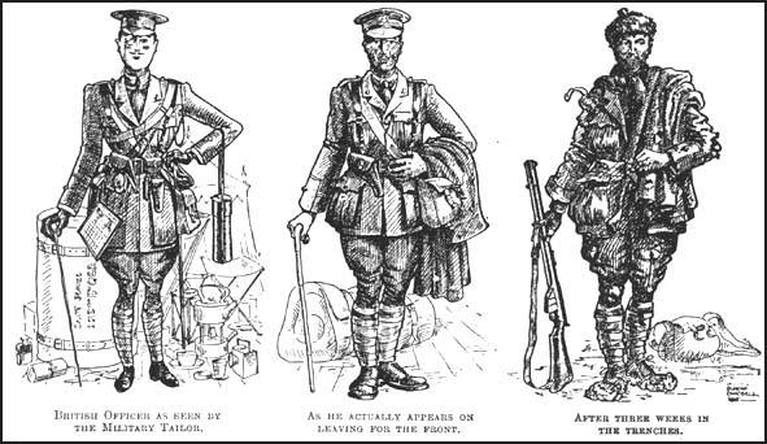 photo from 'Punch' periodical of 1914. via: Remembering the fallen: Officers

This is the main cause for most of the non-uniformity issues on display here: officers were in part expected to purchase their gear from their own money but were also given even more leeway in style compared to frontline duty enlisted man. Some basic regulations had to be observed, but the exact cuts, materials and sometimes even styles were widely mixed to an extent. This is especially true for either frontline conditions or off-duty times beyond the trenches.

Given that wartime visual culture sought to recruit men through the seductive image of a smart military uniform, the failure to supply enough uniforms was a delicate issue. The War Office did not obtain enough khaki uniforms in the opening weeks of the war, and many early recruits were forced to wear replacement uniforms, which became known as ‘Kitchener blue’. The uniforms were obtained from a variety of non-military sources: 500,000 suits of blue serge uniforms from post office stocks and approximately 500,000 greatcoats purchased from the clothing trade. The War Office ordered a further 1,300,000 jackets and pairs of trousers as well as 900,000 greatcoats from Canada and the United States. (Khaki, p47.)
Traditionally, the typical army recruit was issued with a regulation uniform of average quality and cut, while the officer was expected to buy a made-to-measure suit. Officers had more choice about where they could procure their uniforms. Dress regulations for officers included illustrations of actual garments, a practice well established by the First World War and reflected in the design of the 1904 and 1911 publications. As argued elsewhere, images of discipline were key to the ideological construction of soldiers. (Khaki, p66.)
For British army officers, getting fitted out with a uniform usually involved a visit to their tailor, but when this established practice was broken, many men purchased items from clothiers. In turn, many clothiers and outfitters wanted to benefit from the modern image of khaki and so sought to capitalize on the traditional link between officering and tailoring. (Khaki, p124.)
Initially the army was reluctant to accept anything departing too visibly from regulation, but according to minutes from the directors’ meeting of the Quartermaster-General Department of 29 August 1914, Kitchener was not too concerned, taking the view that as long as men in individual units dressed alike, the improvised outfits would be adequate in the short term. (Khaki, p47.)

Conclusion All this taken together might indicate that this picture was taken more in the later part of the war. It displays at least four officers from the British Expeditionary Force, from different units within the machine gun corps and one that might be from other Imperial forces, if he is not also in the Royal Army. Although this represents a lot of educated guess work and indirect evidence, for A–D the inferences presented so far seem adequate. Soldier E remains a bit more elusive.

Update on Mr E:
He might indeed be French after all. It is not only the more impressive moustache that would indicate his membership. While virtually all French uniforms of that era are depicted either with a standup collar, sometimes like a mandarin collar, or a very wide falling collar, there were apparently some instances of imitating the British. 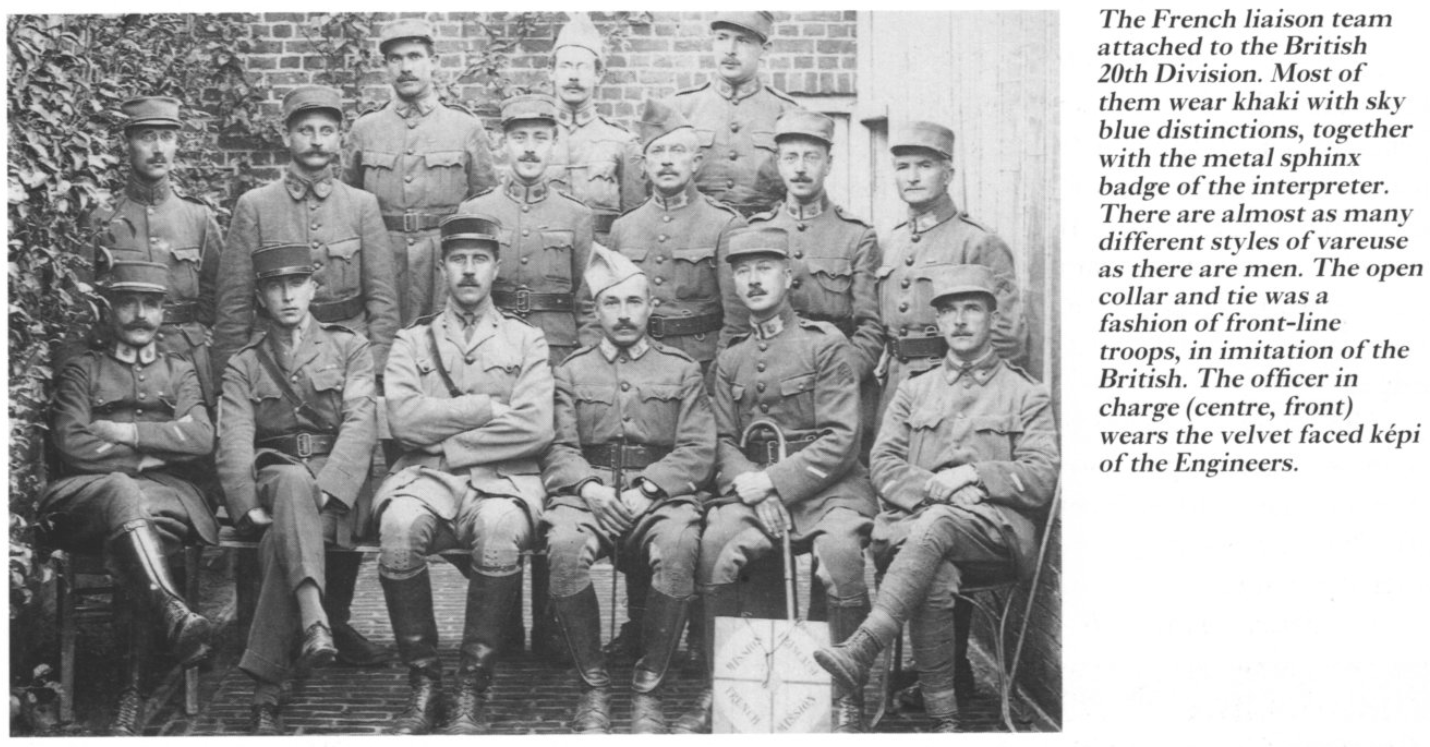 The undecorated and very flat cap might then be a kepi and the slightly longer jacket would also be a slightly better match. The lapels however are even wider on E than in this picture. However, the cut of the uniform still points more likely towards British, New Zealand, Australian, South African or Portuguese armies than French.

But all these possibilities are still more likely than a Uniform of Russian, German, Austrian, Italian, Romanian, Polish, Bulgarian, Serb, Belgian, Greek, Japanese origin. Unfortunately uniforms in actual use seemed to be less uniform than often expected.

One source of this picture in a printed book seems to be: 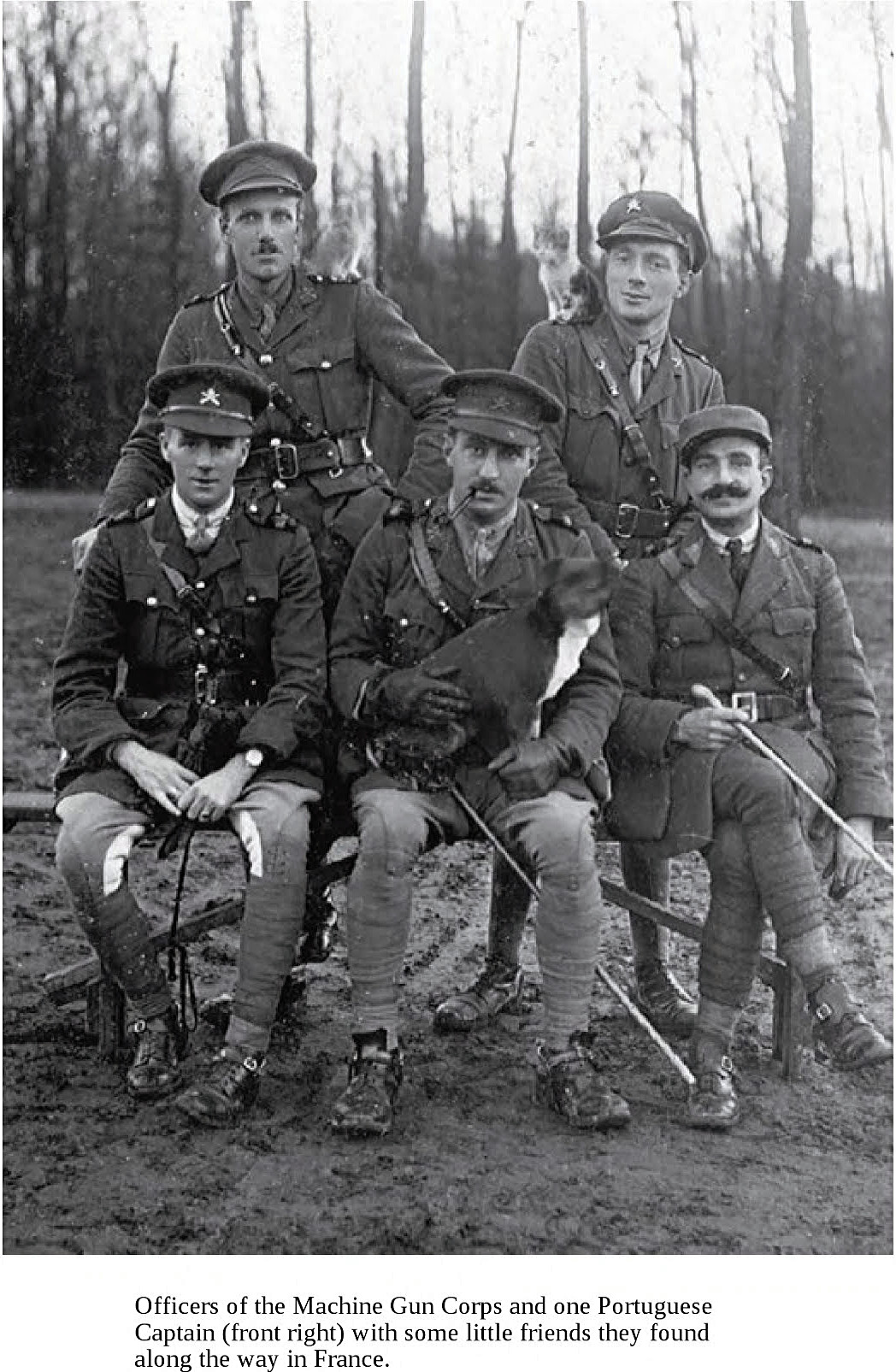 Solving the national identity of Mr E. In this versiopn of the picture the Portuguese officer seems to carry a quite large swagger stick. So large that in fact it looks more like a vine staff or pace stick.

At 'School' seems the most likely - https://vickersmg.blog/in-use/training/machine-gun-school/ Caserne d'Abret (St. Omer) formed 2nd December 1914, moved to the Benedictine Convent at Wisques in April 1915, (4 miles from St. Omer), and again to St. Cecile Plage, Camiers in June 1916. Would guess at this last one.