Which Kings of France visited England?

Every English King from Edward the Confessor (d. 1066) to Edward IV (d. 1483) was in France at some point during their lives, almost all during their reigns, and some were born there.

These 'visits' by English Kings were often uninvited and unwanted (Henry I, Henry II, Edward III and Henry V being prime examples), and their frequency is easily explained by a number of factors, not least of which is that they held territories in France, and usually wanted more. However, not all these English visits were hostile: Richard II and Edward II (while kings) went there to get married, Harold II (before he became king) was shipwrecked, Edward I passed through on his way to and from the Holy Land.

Visits by French Kings to England (within the British Isles) were much less common - I've only found 4 (out of more than 30, starting with the Capetian Dynasty) for the entire medieval, early modern and modern periods: Louis VIII, John II, Louis XVIII and Charles X. There are several reasons for this, not least because they did not have any territories in England (that I know of). Of these, the only reigning monarch was John II, and he did not make the trip of his own free will: he was imprisoned in London during the Hundred Years War after being captured at the Battle of Poitiers in 1356. Earlier, Louis VIII had led an abortive invasion of England during the reign of King John in 1216-17, but this was before he became king. The only other 'visitors' I've found are in the modern period, two of the exiled Bourbons who were later crowned Louis XVIII and Charles X.

Aside from the aforementioned monarchs, did any French kings ever set foot in England or any other part of the British Isles (either before or after becoming king)? Although I'm primarily interested in the medieval period, other answers would be of interest.

Note: For the purposes of this question, Henry VI of England doesn't count as a French King.

As Semaphore mentioned in his comment, the only French King other than John II (reigned 1350 to 1364) who ever set foot in the British Isles during his reign was Louis Philippe (reigned 1830 to 1848). 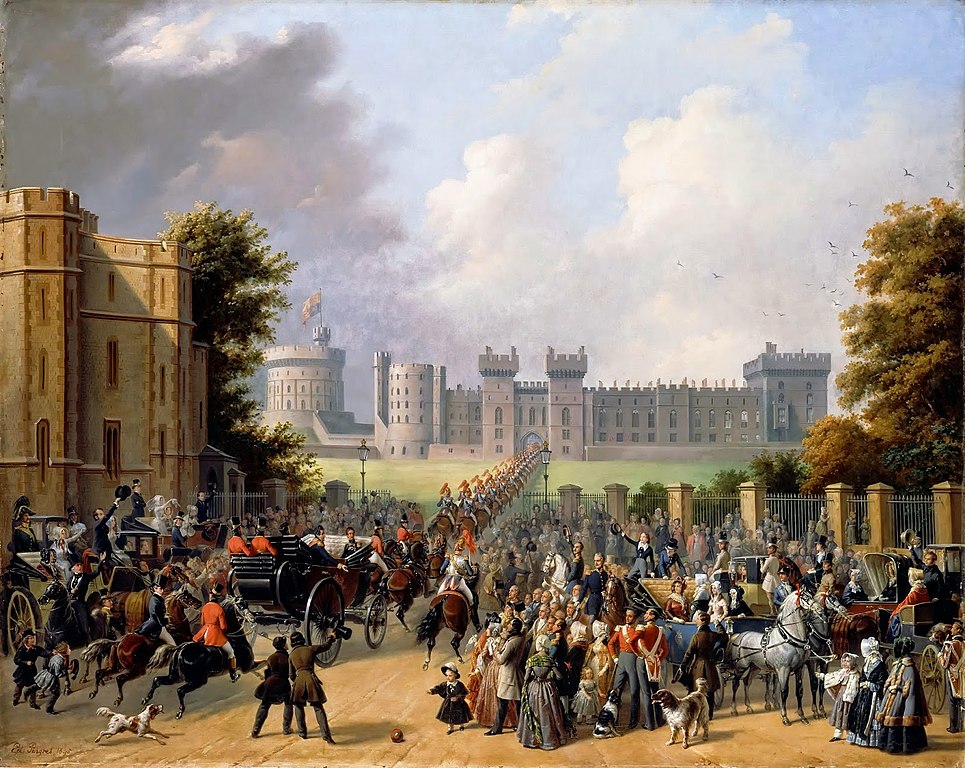 Louis Philippe's visit (there's another image here) followed a visit by Queen Victoria to Louis Philippe at the Château d'Eu (Normandy) from September 2nd to 7th, 1843. She made another visit in 1845. The article Entente Cordial notes that:

This demonstration of friendship was even more remarkable as three years earlier, the two countries had been on the brink of war over the Far East question, public opinion then displaying strong feelings of resentment on both sides of the Channel.

The strong rapport between the French Minister of Foreign Affairs François Guizot and his British counterpart Lord Aberdeen had much to do with this rapprochement. 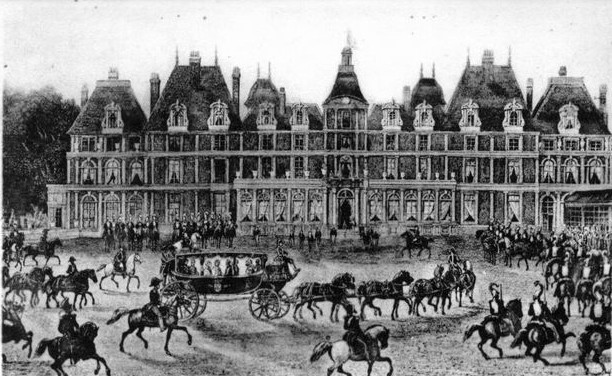 Despite the frequent presence of English medieval monarchs on French soil noted in the question, Victoria's visit was in fact the first by a reigning British / English monarch since Henry VIII's meeting with Francis I in Boulogne in 1532 (note the Wikipedia article on Victoria wrongly states 1520). Although both Charles I and Charles II spent time in France, neither were monarchs at the time.

Not the answer you're looking for? Browse other questions tagged middle-ages france england monarchy early-modern or ask your own question.

16
What was the reaction to English monarchs using the title "King of France"?
5
Why didn't the English overrun France when the king was their captive?
11
When was King John of England given the name 'Dollheart', and who first used it?
59
How did the general population of England convert so smoothly to Protestantism?
17
When did England stop being a Papal fief?
16
Why did the negotiations between Henry V of England and France fail?
7
Is George Louis known to have considered the assumption of a different regnal name in Great Britain?
23
Why didn't pre-Norman English kings build stone town walls?
32
How much would 300 pounds (money value) weigh in Medieval England?