What is the oldest known board game for 3+ people?

What is the oldest board game for 3 or more people? The oldest one I'm aware of is Halma from 1883 or 1884. Interestingly, Chinese Checkers was supposedly derived from it a few years later, even though that game came from Germany, not China.

Anyway, 1880's is pretty modern. I'm hoping there's some much older, maybe even ancient, board game for 3 or more people.

For it to be a board game, it has to involve a board space in which pieces are placed or moved around. So no card games, and no dice games like yatzee.

That honour probably goes to the Ancient Egyptian game, Mehen which dates back to pre-dynastic times. The rules of the game are not known, but surviving examples have been found with up to six playing pieces, and it is believed that these were counters for up to 6 players. 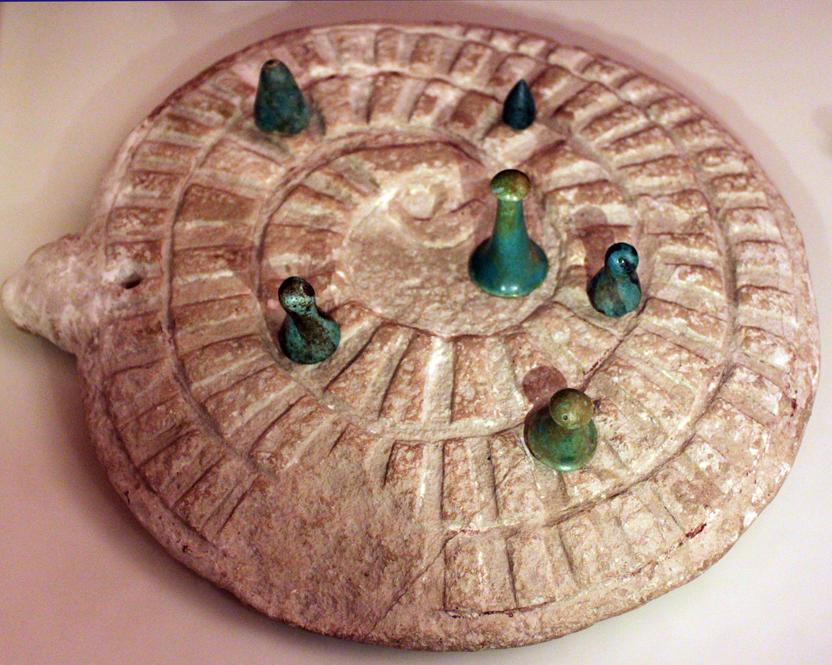 An instance of the game being played by a group of four players is portrayed in a scene from the tomb of Rashepses, Vizier to the Fifth Dynasty Pharaoh Djedkare Isesi:

The hieroglyphic inscriptions above the players on either side of the board simply read hꜤa mHn or "playing Mehen".

The game of Mehen is discussed in some detail in a paper by Timothy Kendall (available as a pdf download from Academia.edu (registration required)). This paper includes the image of the game being played, from the tomb of Rashepses mentioned above, as figure 4.16.

A modern version of the game, with a board broadly identical in form, is called Hyena Chase. This game also originates from North Africa.

26
What is the origin of the "wheat and chessboard" legend?
8
What rules of the ancient Roman game 'Harpastum' are known?
4
Why is Kubb - a skittles game - associated with the Viking Age?
5
Is there any historical basis for the red/white color scheme of the Assassins?
1
What was the first ever televised lottery?