Which is the earliest surviving inscription of "SPQR"?

I have looked around a bit, and was wondering if there was any information about what could be the earliest surviving and accessible (for public) inscriptions which included the Latin initialism SPQR (Senatus Populusque Romanus)? By inscription I mean something carved/engraved on a permanent stationary object, such as on all kinds of architectural objects and elements, versus, eg. writings/engravings on coins, equipment, weapons, armour and other items.

As I understand, inscriptions were commonplace throughout the history of Rome, and a score of them still survive. Wikipedia says that "The title's date of establishment is unknown, but it first appears in inscriptions of the Late Republic, from c. 80 BCE onwards. Previously, the official name of the Roman state, as evidenced on coins, was simply ROMA."

As SPQR has been used since then throughout history and is still used, it is a bit hard to discern which of them are "very old", which "merely old" and which new from the looks of the items inscribed (except for the very obviously modern ones).

Whether or not there are any surviving SPQR initials inscriptions from the time of the Roman Republic is unclear. For inscriptions, the earliest use of these initials seems to have been on coins from the reign of Augustus (27 BC to 14 AD). Given the limited space on a coin compared to, for example, a public building or a monument, it would not be surprising if the short form for Senatus Populusque Romanus, SPQR, did in fact appear on coins first and only later on 'permanent stationary' objects where previously the full form had been used.

After extensive searching online and a thorough checking of Lawrence Keppie's Understanding Roman Inscriptions, the earliest SPQR initials inscription I've been able to find is on the Arch of Trajan in Benevento, built between 114 and 117 AD (see bottom right of the inscription, at the end of the text). 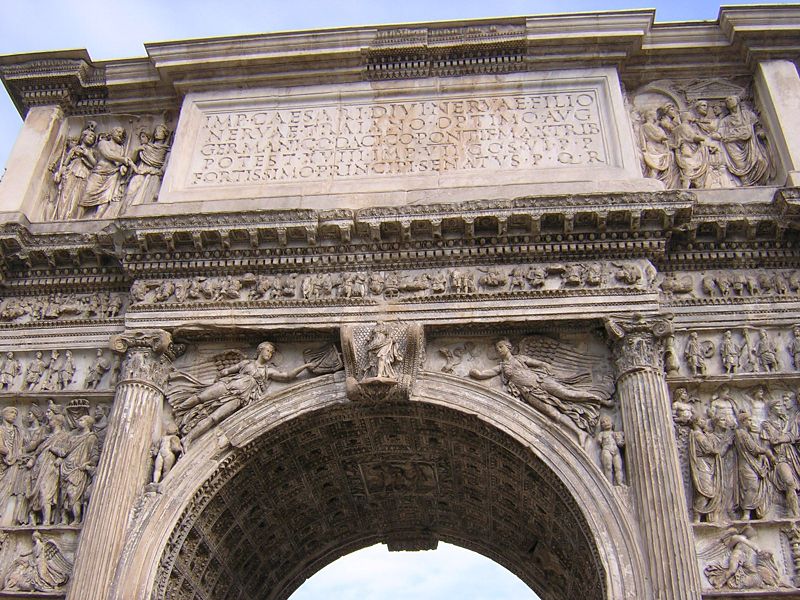 As the OP noted, it is difficult at times to be sure what is an original inscription, especially as most images on the internet give very little information. This SPQR example with Nerva (ruled 96 to 98) looks too new to be true. The fact that Mussolini had SPQR inscribed all over Rome adds to the problem (though spotting the manhole covers is easy enough).

An earlier example of SPQR I found does not use the initials but rather the full text Senatus Populusque Romanus. This can be seen on the Arch of Titus in Rome, built around 82 AD by the emperor Domitian in honour of his brother and predecessor Titus' victories. 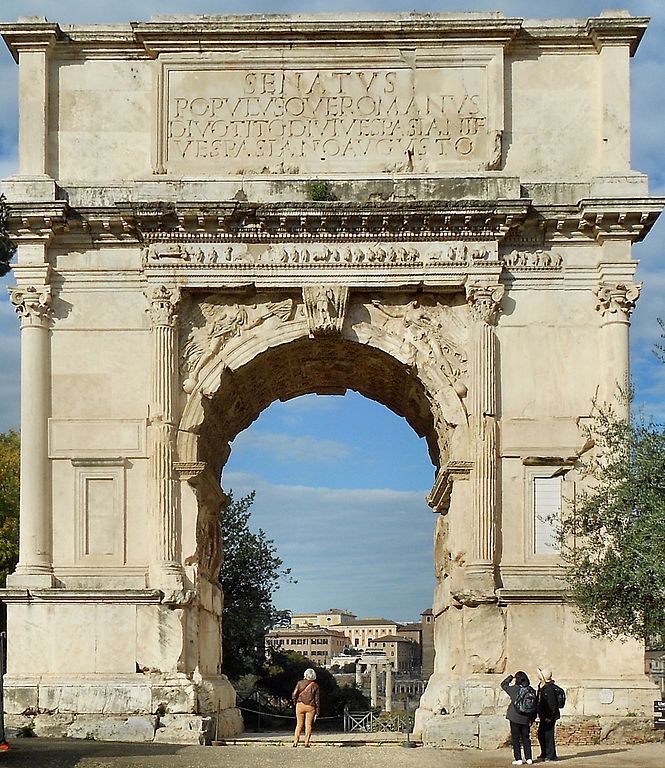 There is a map which apparently shows all the surviving SPQR inscriptions which have been discovered from the Imperial period. However, the source of this information may well be mistaken; the map may actually be showing all inscriptions (not just ones with SPQR). For the curious, a zoom version can be found here.

So obviously the earliest surviving inscription with the initials S P Q R, instead of the full phrase Senatus Populusque Romanus, would be earlier than AD 204 and dated to the 2nd century AD, the First century AD, or even to sometime in the first century BC.

Not the answer you're looking for? Browse other questions tagged ancient-rome latin-language monument epigraphy or ask your own question.

6
What are the dimensions of this pomerium marker?
6
What language is the inscription in Masaccio's Holy Trinity
12
Constantine the Great created the Chi-Rho from the Greek word for "Christ". Why choose Greek over Latin, even though he was Roman?
28
Do we have any surviving texts by Romano-Celtic authors?
6
What is the oldest inscription of Yahweh found?
7
What is the earliest depiction of a crane?
17
Is 'quartodecimo omnium sanctorum' the same as 'Nov XIV' on this Latin grave inscription?
35
Why is this Latin text black but the Latin numerals are red?