What is the backstory behind the White Sun of Angola?

I was reading some history of Angola and came across this symbol, for which the filename was "White Sun of Angola".

I was unable to find anything that explains its origin with some simple google searches, does anyone know the history of this symbol? 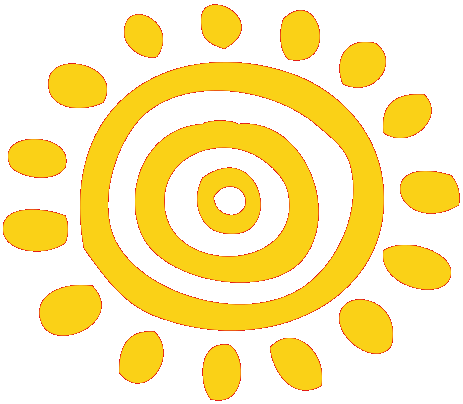 According to FOTW Flags Of The World, the sun symbol appeared in the flag proposed by the National Assembly's Constitutional Commission in 2003. The proposal saw some opposition and never became law. The symbol is:

... a 15-ray yellow sun comprised of three irregular concentric circles. The image is inspired by rock paintings in the desert cave of Tchitundo-Hulu in Namibe Province. The sun symbolizes the historical and cultural identity and the riches of Angola.

The design was submitted by a candidate under the nickname of "Catica", whose proposal was numbered 106. According to the contest regulations, the winner is entitled to a medal and an amount in the local currency equivalent to USD20 000.

Compare it to the suns and circles from the Tchitundo-Hulu rock art: 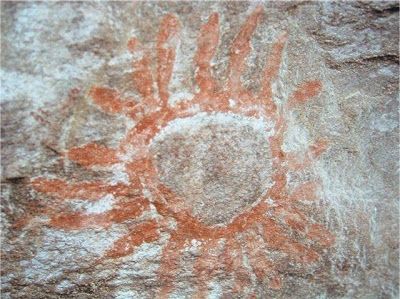 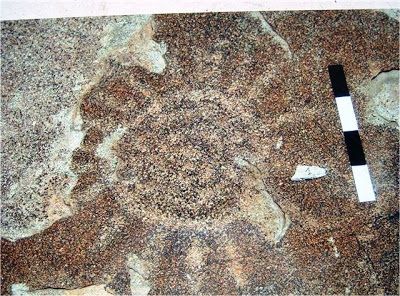 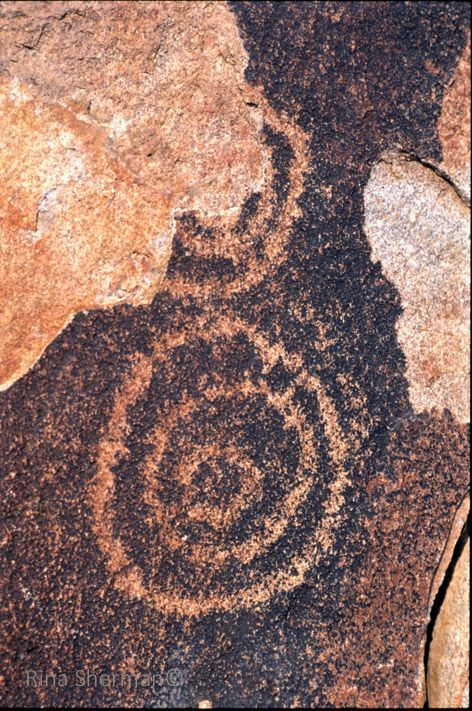 The symbol appears to be a visual reference to this book on the Angolan civil war by Anatoly Adamishin.

From the final chapter (my emphasis):

It was only in 2002, and only with Savimbi’s death - he was killed in a shoot-out with governmental troops – that civil war in Angola came to the end. It lasted more than a quarter of a century, had taken from a half million to one and a half million lives and ravaged a potentially very rich country. The sun over Angola was white, not only from the heat but from human suffering, too.

Not the answer you're looking for? Browse other questions tagged africa national-symbols angola or ask your own question.

8
Why does the monarchy of Belgium still exist after Leopold 2?
18
What was the contemporary German public opinion on the Herero Genocide?
15
Is there a correlation between the colonial power and the stability/success of the post colonial state?
23
Why was the bald eagle chosen as the national bird of the United States?
7
What became of the plan to partition Angola?
13
Why do central European nations use the color black as their national colors?
8
What was Yugoslavia doing in the Angolan Civil War?
13
How powerful was the Malian empire?