How did people say “I have to go to the bathroom” before the bathroom and pipes were common?

I am writing a story in a medieval world of fantasy, and today a little girl is trapped next to her brother in a hole.

Is there any difference to how it is today? Is there something I should avoid?

As with today, there were many different terms used in medieval times and what a little girl would have said would have depended very much on her upbringing / social background and perhaps the immediate environment in which she found herself.

She could just use the verb piss as it was not considered vulgar until circa. 1760. Here are a few possibilities (nouns) where she could go (this is one verb used with at least some of the nouns below): 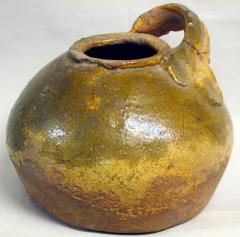 Source: David Crystal, 'Words in Time and Place: Exploring Language Through the Historical Thesaurus of the Oxford English Dictionary' (2014)

Unless Shakespeare (writing in the early modern period) used an anachronism, water was used in the middle ages to refer to urine; this appears in his play Henry IV (d. 1413). Jonathan Swift (1667 - 1745) is cited by Samuel Johnson, "Go to bed, after you have made water", but I can't confirm if this was used in medieval times.

Not the answer you're looking for? Browse other questions tagged middle-ages everyday-life or ask your own question.

22
How did people have access to ice in warm areas before the industrial revolution?
7
Before iron was common, what did common people use for door hinges?
82
How much smaller were medieval farm animals in England than today?
48
How did people wash dishes before dish detergent?
25
Was frequent bathing for personal hygiene in medieval Europe common or not?
35
How common were marital duels in medieval Europe?