In the U.S. today the Republican Party and its partisans use much more patriotic imagery than its opposition. Conservatives highly value loyalty (see Haidt's moral foundations theory). The national flag itself appears to be neutral, but it is sort of owned by one side. Very broadly, no matter who is president, liberals wouldn't be caught wearing a flag while conservatives put it on everything. I'd like to know about historical antecedents of this schism. Admittedly behaviors do change in the medium term (remember Peter Fonda's motorcycle in Easy Rider).

Is it a historic norm that established seals and flags acquire partisan political implications? Did they ever shed those implications afterwards?

National flags represent the country... or the state?

Ok, in the books it is the country, but the state is who actually manages the country. And of course, patriotism and nationalism are powerful tools, so it makes sense to use them.

If you are lucky, the state (and those who support the status quo) will not use those tools in a partisan way, but for the common good (defending the country from the enemy, calling for ethical behavior of the population, etc.)

If you are not lucky, then... Well, calling someone a traitor is a very strong emotional argument, avoids all the work of having to address the points that the critics are trying to argue and limits the risk of the critics succeeding. And being in a position of authority gives you a lots of bonus points.

I mean, how could someone who loves SO MUCH the flag do bad things to the country the flags represent? 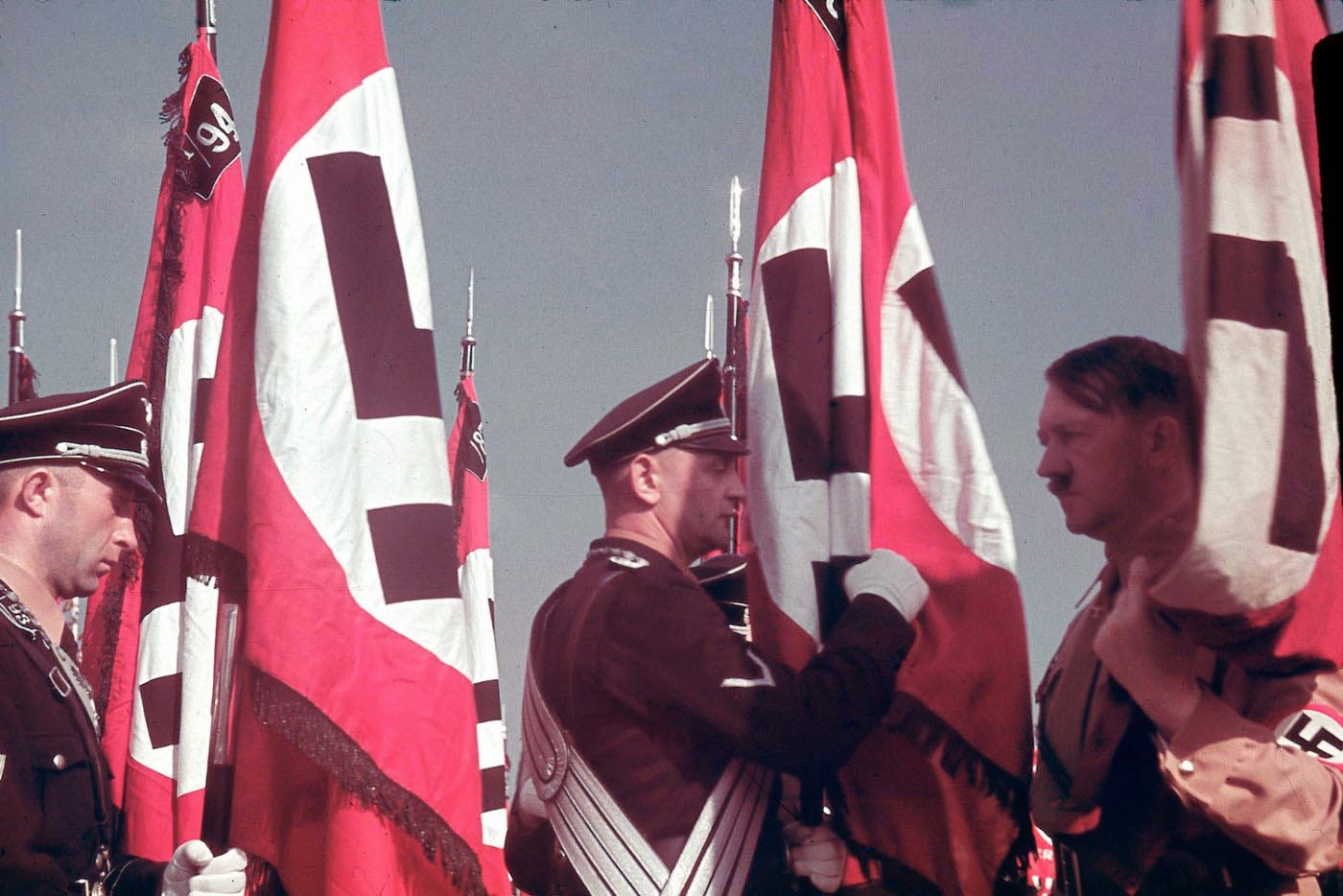 Well, if you believe that what your side is doing is the right thingTM, then using the tools at your disposal to weaken the opposition is the ethical thing to do (it is for their own sake, even if they cannot realize it).

And if you just want to have your side win and do not care about anything else, you are lucky! You can do exactly the same and claim that you are doing it out of patriotism.

The more flag waving, the more right you are.

And to finally address the question, this is far from old. Remember:

National symbols are always non-partisan; but from time to time one party or another may wish to disassociate itself from them. In 2012 the Democrats were not the least shy about use of the American flag, because they were in power. 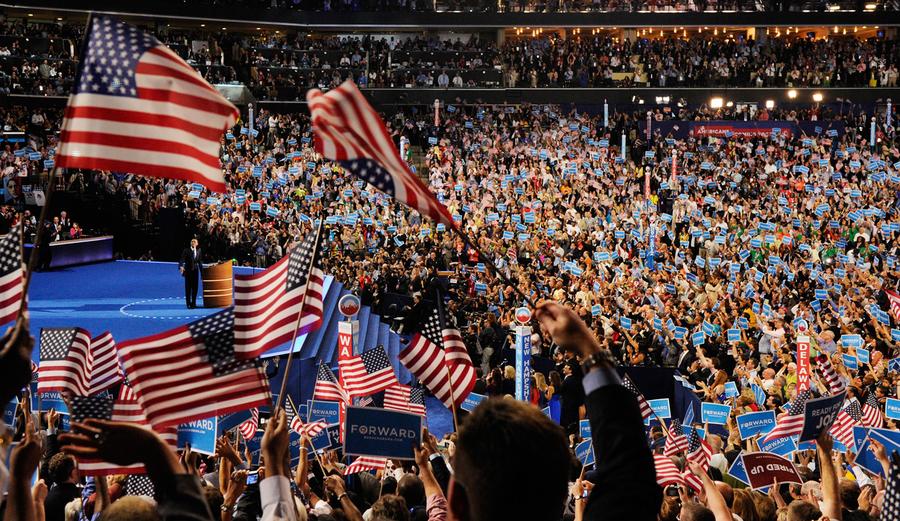 Since the 2016 election, Democrats have deliberately shied away from using the flag. This is a means of expressing displeasure with the current administration, and is done presumably because it plays to their base. It is emphatically not that the Republicans have come to own the flag and other national symbols, but that the Democrats have deliberately elected not to use it at this time.

As a refutation of your claim "but it is sort of owned by one side." i submt the aftermath of the 1965 Canadian flag debate Then PC Leader John Diefenbaker made much of the Liberal choice not to incorporate "PC blue" in the flag, choosing instead a flag exclusively white and "Liberal red". Once the flag was officially adopted however, the other major parties quite contentedly accepted the imagery: 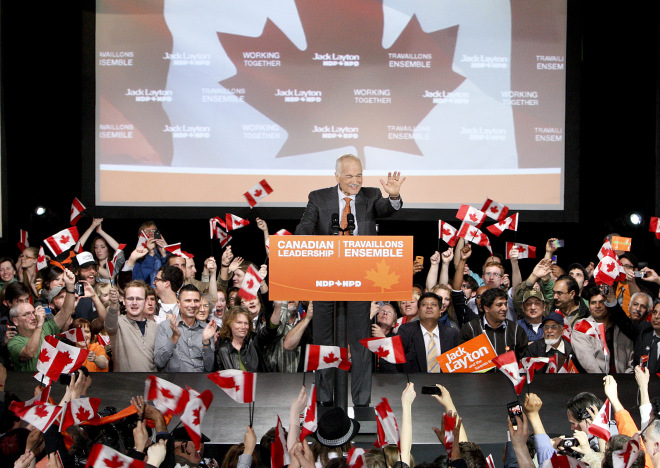 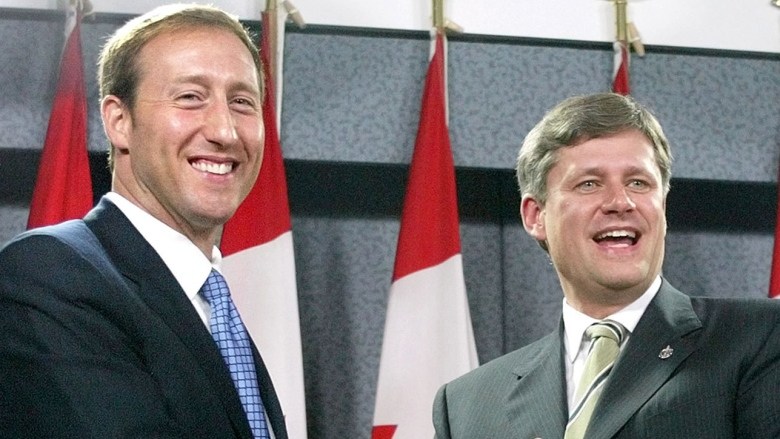 Note: Yes, it's not a coincidence; in Canada you can almost always identify a politician's party by his tie; particularly at important events or occasions. Note Layton's orange tie, McKay's blue tie, and Harper's green tie in the pictures above.

Let me present a specific example from Central Europe. 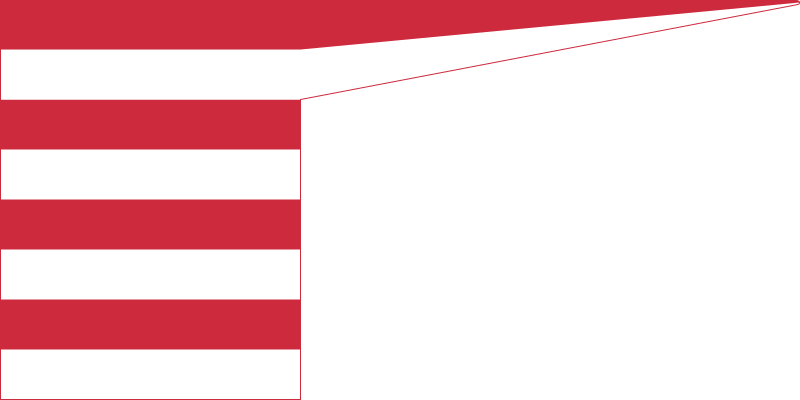 Originally it was the heraldic device of the Árpád-dynasty. Of course there were no nations of the modern sense in the medieval times, and the Kingdom of Hungary had a different flag, but still, considering that the Árpáds ruled Hungary for more than 300 years, it became quite a symbol.

It even made into the coat of arms of modern Hungary:

Yet, after it was part of the banner of the Nazi-like fascist Arrow Cross Party during the Second World War, it was never officialy used in its "pure" form.

It is nowadays used by right wing nationalists, who think it embodies an old tradition of Hungary, and claim that the form used by the fascists was different. (it had 9 stripes instead of 8) But you would never see a leftish Hungarian wearing it it.

Pretty much every national symbol stems from partisan/patriotic sentiment. That's how they became national symbols in the first place, they have over time become synonymous with a country.

So in your specific case (as in most all of them) it's the other way around from what you're trying to say, the US flag isn't partisan, it's a symbol of patriotism and the left has lost that, they're no longer patriotic and therefore have abandoned the flag rather than the right adopting it. It would be silly for a democrat to walk around with a US flag while screaming how bad the USA is and how disgusted she is to be an American (I've seen it way too much), just as it would be silly for a republican to wave around a communist Chinese flag and shout how much they love communism.

I would argue that at least in the United States southern conservatives traditionally drape themselves in the flag to show their patriotism. There is a public display factor in the practice. Perhaps this is the nature of conservatism, which cherish history and it's symbols rather than more forward looking expressions of patriotism. Perhaps this is a genuine attempt to appeal to all Americans across the political spectrum calling upon a symbol both parties share and honor. Perhaps this is a legacy of Southern Conservatives who still have a bit of a chip on their shoulder over their once lapse in patriotism from the mid 1800s. An attempt to inoculate themselves from patriotic criticism on historic grounds. Likely it's more than a single reason depending upon the individual. Still when Southern Conservatives were Democrats the Democrats were the party of the flag. 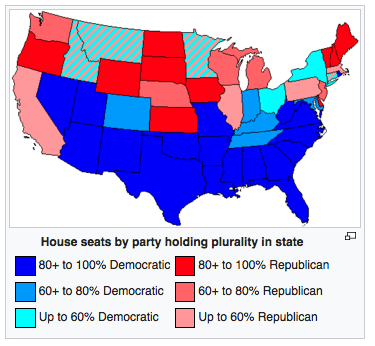 Southern Conservatives left the Democratic Party due to deep disagreement with President Johnson's policies in the 1960's, and the GOP became their new home, and the new party of the flag.

In 2008 Presidential run, then Democratic Senator Barak Obama faced repeated questions over his patriotism including a question during a national televised debate (April, 2008) hosted in Philadelphia over his lack of an American Flag lapel pin.

Not the answer you're looking for? Browse other questions tagged united-states political-history flags political-party national-symbols or ask your own question.

9
Have any national leaders been kept unaware of their own wars?
1
Why do (almost) all countries have a flag, coat of arms, anthem, national holiday etc.?