I'm researching the clothing of 16th-century Ottoman clothing, and I keep getting Potur and Şalvar as "trousers." Was there a difference between them or were the words synonymous? 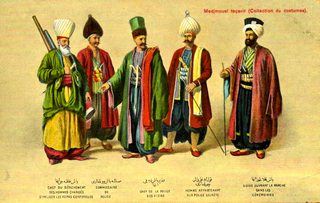 While a potur (Ottoman پوتور) was mainly in the Ottoman Empire a Slav converted to Islam, who still preferred to wear his peasant white linen trousers (in contrast to the usual Ottoman trousers). The name Potur was usually used by simple farmers or settlers. It comes from the Turkish and designates a slack pleated trousers (turkish potur; poturlu, someone wearing flaccid pants). Compare them to harem pants with a mixture of front pleat trousers when worn by men. But apparently both sexes could wear them in public without issue. 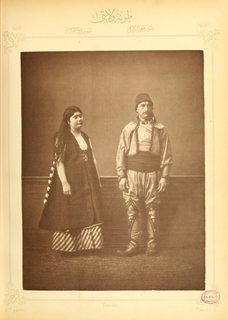 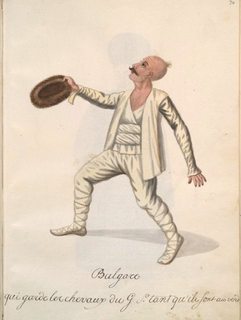 More on this on Karadeniz Bölgesi Geleneksel Giyim Kuşam Şözlügü

According to a Turkish dictionary, Potur are baggy above the knee and Şalvar are baggy all the way to the ankle.

Not the answer you're looking for? Browse other questions tagged ottoman-empire clothing turkey fashion or ask your own question.

4
Were there buttons in the Holy Land?
10
Was the Empire style of fashion adopted in Russia?
6
What was the name of the Ottoman-Spanish truce in 1580?
11
Did the Ottoman government rationalize the Armenian Genocide and other instances of ethnic cleansing as a response to Russian expansion?
1
What happened to Children of Prince Halil of Ottoman Empire?
2
Why was there such tension between the Ottoman Empire and Russia during the Armenian genocide?
8
What information would be contained on an Ottoman Tapu deed in the 1830s?
5
Where can I find pictures of clothing of poor or common male European musicians between 1500 and 1700
6
When and where did people first start wearing underpants?