What did Boston shoemakers do with cattle brands?

In the Mexican era, whole cattle hides were California's principal export. To prevent theft law enforcement sometimes checked the brands on hides before they were exported by sailing ship. Most went to the Boston-area shoe industry. The hides would stay intact during export and tanning, then be cut up at a shoe factory to be reused in the higher-value product. I figure that many, many copies of California cattle brands reached the hands of the Boston shoemakers.

The brand symbols are reasonably well documented in California records, but did anyone in Boston know or care which symbol was which? Was the branded part of the leather clipped and scrapped, or just incorporated into a discreet part of the shoes? 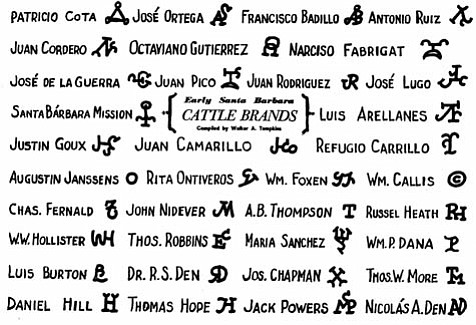 6
How were cattle cut out in the 19th century?
5
What did the administrators of secularized California missions do?
1
How many cattle were slaughtered in Alta California?
2
What did Dr. Peter Smith do with his windfall?
16
When did Aurochs (large wild cattle) become extinct in Britain?
5
How long would it have taken to sail from Boston to Nova Scotia in 1775?
11
Was red associated with “stop” or “danger” before railroads?
1
What were the characteristics of the earliest varieties of European cattle, “bos tauros”, and how were they kept?
11
What are some symbols representing peasants/oppressed persons fighting back?