Where was this flag flown?

I have a 48 Star flag that I have recently acquired from a seller off of a similar setting to Craigslist. He said he’s found it in an attic and really has no other information on it. Because the size is near 4 ft x 9ft, and it is truly tattered, I believe it had been flown somewhere other than in front of an average home. I have come to believe it could have flown on a ship from the mounting holes (as shown in the picture), they are very thick and sturdy galvanized eyelets to keep the metal from rusting. These eyelets are very different than those of a “normal flags” folded-over fabric with a grommet in it. Is it possible this flag could’ve been flown on an American ship? Or is it just an oversized home flag? In closing THIS FLAG IS MASSIVE! 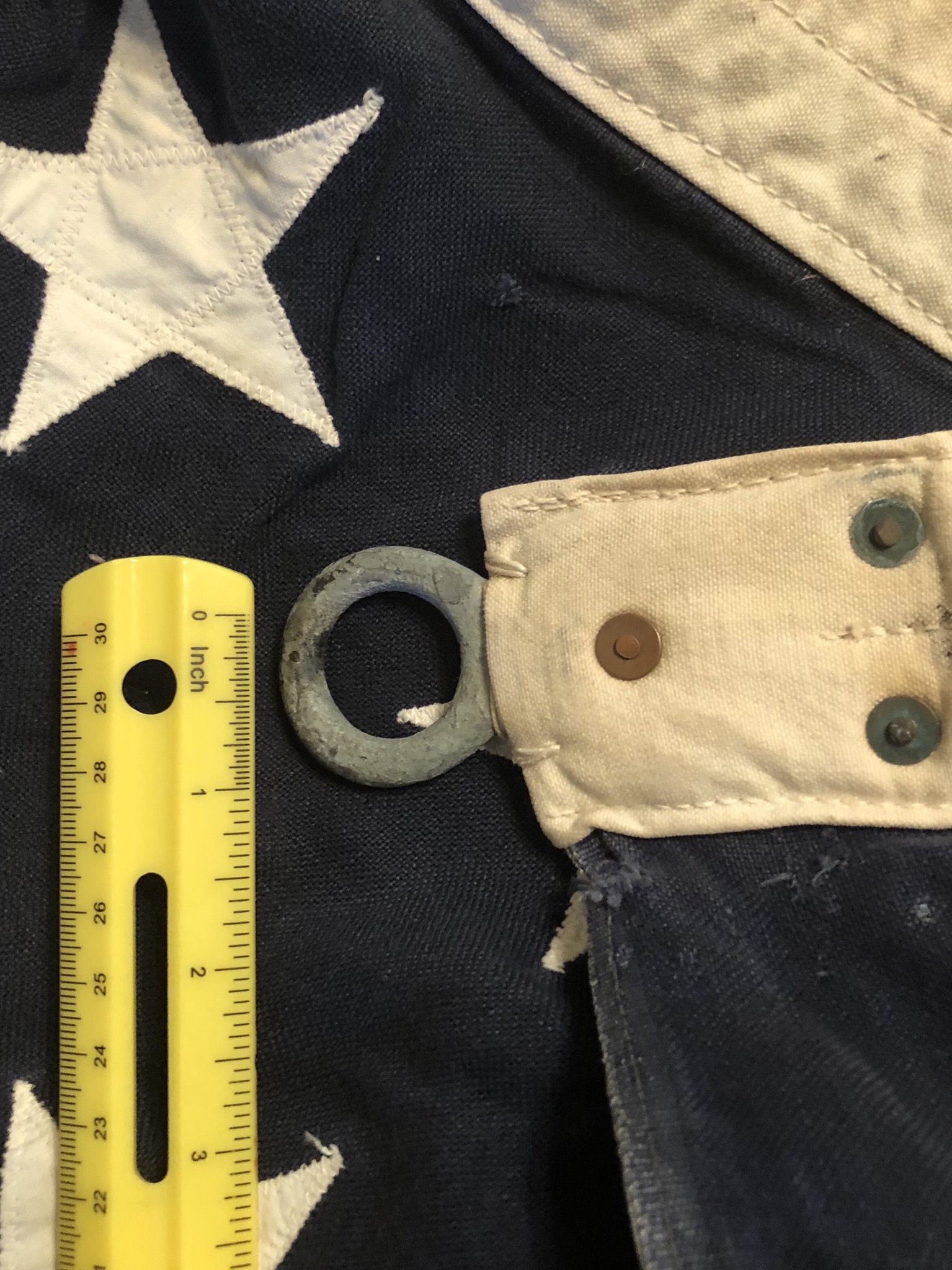 48 Star Flags were flown from July 4th 1912 when New Mexico(1911) and Arizona were added to the Union until July 4th 1960 when Alaska(1959) and Hawaii became states. By law the flag changes on the subsequent 4th of July following a state's addition to the Union.

So given the dates that means your flag could have flown during The American invasion of Mexico in 1914, WWI, WWII or Korea. Or of course on somebody's front porch during that time period.

Not the answer you're looking for? Browse other questions tagged united-states world-war-two military flags or ask your own question.

6
Did any part of the Netherlands ever use this flag?
14
What is the flag in this 17th century painting?
9
Did the 49 star USA flag see significant adoption by the American public?
1
Why does the Puerto Rican flag look so much like the one of the U.S.A.?
12
What is this flag?
11
What's this flag flying on a fort at Kodiak, Alaska?
12
What is the reason for the modern prominence of the Confederate battle flag, as opposed to some other Confederate flag?
8
What flag are the men in these photos flying?